Best to stick to the life you know: Ajitpal Singh


The self-taught filmmaker speaks about his debut feature, Fire In The Mountains, and the years of preparation and hard work that went into its making.

Ajitpal Singh’s debut feature film Fire In The Mountains (2021) has been on a roll since its world premiere at the Sundance Film Festival earlier this year. The drama set in the hilly terrain of Uttarakhand is the opening film at the Indian Film Festival of Los Angeles (IFFLA) which begins today.

Fire In The Mountains tells the story of a determined woman Chandra (Vinamrata Rai), who is living and running an inn in a far-off village and working hard to save money for a road to take her ailing son for physiotherapy for his legs. Her husband Dharam (Chandan Bisht), on the other hand, eyes Chandra’s hard-earned savings and thinks a jaagar (a traditional shamanic ritual) will be the answer to his son’s condition.

When the film’s premiere at Sundance was announced, Ajitpal Singh had said the story was based on an incident in his family. “My cousin sister Amarjeet Kaur died because her husband didn’t take her to the hospital thinking she was possessed by a ghost,” the filmmaker stated at the time. “The film is about the clash of two world views, the traditional and the modern, with a strong woman at the heart of it. I hope my film makes people ask some relevant questions when it comes to blind faith.”

In a telephone conversation with Cinestaan.com, Ajitpal Singh spoke of how the incident inspired his film. “It was a very slow and organic process,” he said. “I didn’t realize that I would make a film about that incident. It just stayed with me. I had so many questions, like, for example, how could it happen in 21st century India? Why don’t we trust science? What is the place of a woman in Indian society? I knew my sister wouldn’t have made that choice. She would have gone to hospital. I knew that much. But her husband didn’t take her to the hospital.”

Ajitpal was collaborating with Ajay Rai of JAR Pictures on a film set in Uttarakhand when he came across the ritual of jaagar in his research. “It’s basically like if you talk about our belief in shamanic tradition, jaagar is the most cinematic representation of it,” he said. “So that gave me an idea, that why don’t I [make this] of a progressive woman married to a traditional man in the mountains?”

Initially, he wrote the story from the ailing boy’s point of view, but the more he worked on it, the more the script's perspective began to shift. Ajitpal looked around him and the story became personal. 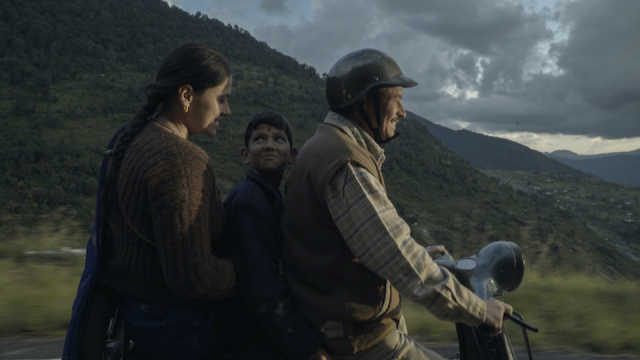 “Chandra is very much a combination of my sister, my mother and my wife,” said the filmmaker who spent a year and a half on the screenplay. “So, initially, I was writing it from the boy’s point of view, but then I learnt so much about my sister, more than anything about my mother, that I was impressed by the fight and struggle that [she] had put on. That’s the beauty of writing, it makes you aware of so many things that you are not aware of. [You] start experiencing the pain and struggle of people who have always been around you, but you never saw them in that light.”

For Chandra, Ajitpal cast Vinamrata Rai with whom he had worked on a previous short film. “What I really like about her is that she is a very restrained actress and I wanted that quality to be there in Chandra. When you live such a hard life, you can very easily fall in the trap of making everything look miserable,” he said.

Chandan Bisht and Sonal Jha play other key parts in the film. The rest of the cast are first-time artistes, a few from theatre in Uttarakhand, who were selected by casting director Taran Bajaj from all around the state.

Shooting in the mountains was a different obstacle. Ajitpal did his own location scouting, looking for the perfect place for his story to unfold. “When you write a screenplay, you kind of create a fictional place which is a combination of four or five actual places that you integrate. But when you have to find that place... it’s very easy to write.”

Eventually he found two locations — Munsyari, on the border of India and Tibet, and Kasar Devi near Almora. Of the two, he found Munsyari to be more cinematic. When he shared the locales with his Parisian cinematographer Dominique Colin, Ajitpal also told him it would be easier logistically to shoot in Kasar Devi.

“[Dominique] had a very beautiful answer. He said when we make the film and when people watch it, nobody is going to ask whether it was easy or difficult to shoot. They will be either impressed by it or not impressed by it,” Ajitpal Singh said. Munsyari became their choice. 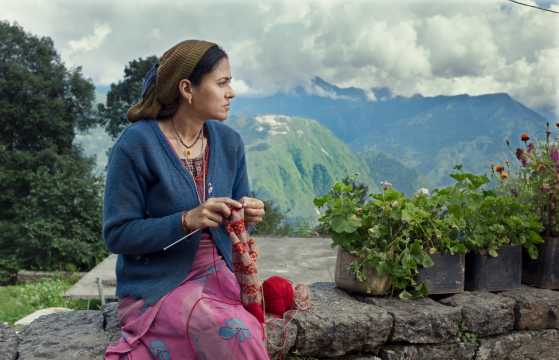 Choosing a more remote location meant a new plan of lighting, with only two portable generators. Colin even created moonlight for the film with a fishing rod and small balloons. But these innovations only made the feature look more natural.

The drama has been screened at international festivals virtually, but Ajitpal Singh is really keen to watch his first film with an audience, on the big screen. When he found out that his film was selected for Sundance, it was a bittersweet time for him.

“You wait for so many years to make your film and getting into Sundance was a dream, and a few days after that, I learned that I have thyroid cancer,” the filmmaker shared. He later underwent surgery.

“It’s difficult to describe how I felt," he continued. "It suddenly gives you a different kind of understanding which is that failure and success are the same; how you should not allow failure to pull you back, you should not allow anything to go to your head. I’m still not able to figure out how I felt at that time.”

The journey for Ajitpal Singh’s first feature has been very long. He said it often felt like he was going round in circles. The 44-year-old said his advice for others who might want to take up filmmaking after doing something else was to not let doubts or insecurities stand in the way of their dreams.

“The biggest thing that stands in your way is not realizing that the work of an artiste stops at writing the screenplay and doing the pre-production,” he said. “There is no great satisfaction in shooting the film. It’s very laborious, you work very hard. And when we don’t realize that this is how it’s going to remain, it’s not glamorous at all, that’s what stops many people. They write their story, they are in love with their idea, they have great dreams in their mind, but to put all of it together requires many more skills than just being a creative person.”

Ajitpal himself was fortunate to get mentored when he was starting out; he was chosen for the Sundance Screenwriters Lab. But he was honest and admitted that the experience also caused him to pull back a bit.

“I was sitting in Ahmedabad [in Gujarat] when I was writing that screenplay, and I really didn’t have contacts in Bollywood [commercial Hindi cinema],” he recalled. “And I hadn’t really worked in films. I didn’t have formal training or anything. When I sent it to Sundance from Ahmedabad and I got in, my first screenplay, I had never written a screenplay before that.”

His mentors in the 2012 lab were Guillermo Arriaga, writer of Amores Perros (2000) and 21 Grams (2003), José Rivera, writer of The Motorcycle Diaries (2004), and Asif Kapadia, filmmaker of The Warrior (2001) starring Irrfan Khan who all gave him such good feedback on his script that he began to feel the pressure.

“It was like if I have written such a great screenplay, I have to make a great film, the greatest film,” he said. “Then whenever I got an opportunity to make a film, I would always pull back. Because of the lab, I got validation, of course. I learned that I’m a good writer, but if I had not gone to the lab, I would have made a film much earlier.”

But Ajitpal did not give up, though he did not film that great script. He continued making short films, which he admits were stepping stones to where he is today. His fourth short, Rammat Gammat, was premiered at the International Short Film Festival Oberhausen where it won a ‘Special Mention’.

“The difference between the first three short films and the fourth [was that] Rammat Gammat was a very personal film,” he declared. “I knew the life that I was depicting. I have had those experiences as a kid. Even the greatest filmmaker in the world, we are all influenced by filmmakers who have come before us. But sometimes what can happen is that the filmmaker you are influenced by may have had such different life experiences that you will never be able to make cinema of the kind they made.

“Rammat Gammat was the first film where I was trying to find a film language that could suit the story that I was trying to say. And that set me free. [It] also made me realize by making those four short films that the only way you can get better [as a] filmmaker is by making mistakes and not repeating those mistakes in your next film, but making other mistakes. If you stop making mistakes, that means you are not growing. That’s why [for] Fire In The Mountains, it’s best to stick to the life you know."

Fire in the Mountains