On the writer's birth anniversary today, a look at Yash Chopra’s multi-generational romance which made Sarhadi a household name.

Like Waqt (1965), Yash Chopra’s Kabhi Kabhie (1976) boasted of a big star cast. The filmmaker called the multi-generational film "an experiment in romance". The film was written by Sagar Sarhadi, a relative newcomer to the game.

Chopra happened to watch a play, Mirza Saheban, written by Sarhadi. Incidentally, Sarhadi's nephew Ramesh Talwar was Chopra's chief assistant at the time. The filmmaker asked him to write his next movie, and the rest just fell into place.

The 87-year-old writer died in his Mumbai home in March, leaving behind a short but rich legacy of feature films. Sarhadi had previously written the dialogues for Anubhav (1971), but found success with Kabhi Kabhie (1976), winning the Filmfare award for Dialogues. He wrote for Chopra’s banner again with Doosra Aadmi (1977), Silsila (1981) and Chandni (1989), and had a hand in the rise of Shah Rukh Khan and Hrithik Roshan, respectively, with Deewana (1992) and Kaho Naa... Pyaar Hai (2000). 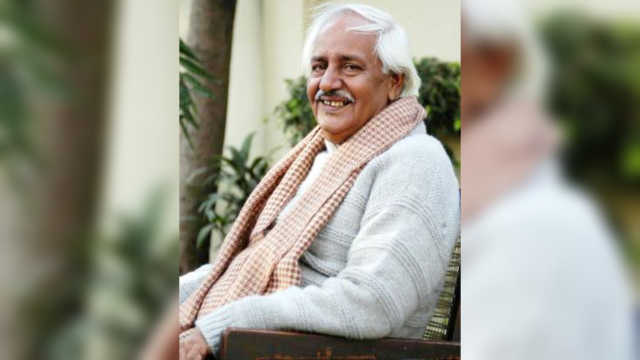 Kabhi Kabhie, with a story by Yash Chopra’s wife Pamela, presented both Amitabh Bachchan and Shashi Kapoor in a different light from the warring brothers of Deewaar (1975). This was a failed love story of a poet Amit (Amitabh Bachchan), who finds redemption in the arms of another woman Anjali (Waheeda Rehman), and his college sweetheart Pooja (Rakhee) goes on to have a happy ending of her own.

Thus the young couple in love from the film’s intro has their dreams fall apart when Pooja is married off to Vijay (Shashi Kapoor), a man of her parents’ choice. They decide to part ways when Amit declares, "Humein koi haq nahin pohonchta ke hum apni khushi ke liye apne maa baap ke khushiyon ka gala ghont dein, unki lashon par apna pyar ka mahal banaye [We have no right to kill our parents’ dreams for our happiness, to build our castle of love over their dead bodies]."

Kabhi Kabhie featured music by Khayyam and lyrics by Sahir Ludhianvi, who took home the respective Filmfare trophies for Best Music and Best Lyrics. Within the first 15 minutes, there are two versions of the title track, sung by Mukesh and Lata Mangeshkar, with two conflicting emotions, romance and despair.

The script of Kabhi Kabhie was unusual for its time. Unlike other Hindi features, it had understanding parents who spoke with their children. And Pooja’s spouse Vijay Khanna honestly admitted that men are very selfish to question their wives about their past before marriage.

Eventually Amit and Pooja have a terse reunion years later when she interviews him on television, but by this time he has given up poetry. From the former love story, Kabhi Kabhie then moves to Pooja’s son Vicky (Rishi Kapoor) and his romance with Pinky Kapoor (Neetu Singh), after she discovers the Kapoors (Simi Garewal and Parikshit Sahni) aren’t her biological parents.

The screenplay deftly shows the complicated ways in which all the characters are entwined. The film is also about a young woman’s quest to find her identity and handles the matter of adoption and adoptive parents sensitively.

Sarhadi, who called himself a feminist, gave the female characters of Kabhi Kabhie quiet dignity. Pinky aims to find a connection with her long-lost mother, and Anjali, when confronted by Amit about her past before him, lashes out and says, “Tum nahi samajh sakte Amit, yeh tumare bhagya mein nahin hai. Kisi mard ki kismat mein nahin, kyunke tum aurat nahin ho, maa nahin ho [You won’t understand Amit, it’s not in your destiny. It’s not in any man’s destiny, as they are not women, not mothers]." 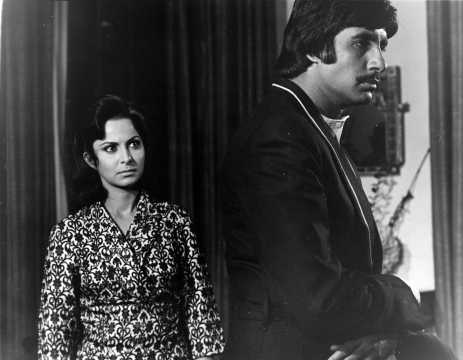 The writer told the website Scroll.in in an interview, “Yash made me a household name. Despite being so successful, he never tinkered with my screenplay and dialogue. Only once did he cut out a few lines from a scene but not before consulting me.”

Amit and Anjali Malhotra live in a house named Ateet (Past), which they have firmly tried to keep buried. But it catches up with them anyway as Pinky enters their lives, along with the energetic Khanna men and Pooja.

The film ends with the vow that “Love is Life”. The jaded poet Amit learns to let go of the past and live in the present.

Chopra, widely known as the king of romance for his treatment of love stories on celluloid, was aided by Sarhadi’s keen observations of life.

Chopra deftly shaped the film so that everyone got their moment in it, even newcomer Naseem, who plays the unwitting third wheel in the love story of Vicky and Pinky. Coupled with the background of Kashmir, shot in all its glory by cinematographer Kay Gee, the drama slowly but surely became a classic after its release.