The organizers will launch a one-year online programme, Woman in Art, as well as Arthouse Future, a six-month programme for aspiring technicians and performers.

The fifth edition of the Arthouse Asia Film Festival was held from 21 to 28 February at the iconic Basusree Cinema Hall in Kolkata. The festival, a full-fledged physical event comprising screenings as well as interactive events, was dedicated to independent films from across the world and the organizers held four world premieres, six Asian premieres and seven Indian premieres while screening 32 films in all.

While the organizers have concentrated on creating a platform for screenwriters and filmmakers to explore the larger film market through co-production across countries, festival director Shapath Das has attempted to turn the event into one of the region's most elite film festivals.

“While we are struggling to find Indian films in the final rounds of selection at many elite film festivals around the world, why can't we arrange for an elite film festival of our own, which can host premieres and create an attractive marketplace for films from this region and across the globe," Das told Cinestaan around the time of the inauguration of the festival.

The 29-year-old film enthusiast, who has served as a panellist at the Cannes Film Festival and was a part of the Audience of the Future programme at the Locarno International Film Festival in Switzerland, is aware of the reasons why the government fails to create a support system for such a festival.

According to him, there are some fundamental problems in the distribution system of this country, which is essentially star-driven. “Because of this reason, we have thousands of filmmakers who do not end up releasing their films. They pass their films through the censor in order to send them to film festivals and then share private screening links for viewing,” said Das. 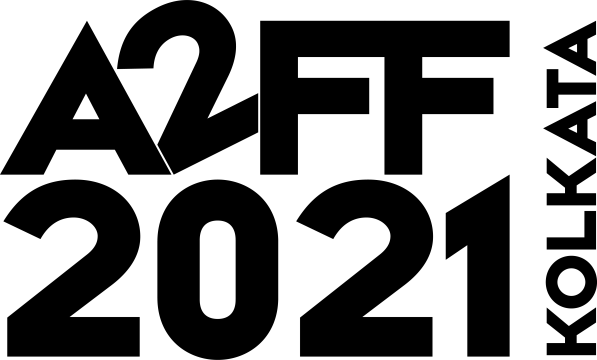 The festival director also believes that the Covid-induced pandemic has also provided an opportunity to look at the distribution system from a fresh perspective. “The problem is we don’t have professionals who are skilled at distribution. Our film schools don’t have courses in distribution. Hence, many, including myself, had to learn about the nuances of distribution through directly participating in the process,” reflected Das.

To take this idea further, Arthouse Asia Film Festival is introducing multiple programmes to strengthen human resources in both the distribution sector and establish creative professionals in the industry.

“We are going to launch a one-year online programme: Woman in Art, in which we are going to train and equip female candidates from various campus to help them build a career as distributors,” said Das, emphasizing the fact that there are hardly any women distributors or exhibitors in our country's film industries.

Arthouse Future is another six-month-long online and offline programme that will train aspiring technicians, performers and any creative soul aiming to pursue a career in cinema. “We will handpick these people from the subcontinent and train them as the future of the industry. For instance, we might pick a make-up artist, who is exceptionally talented but is not well-known and help him flourish,” said Das.

Das and his team are also attempting to make the festival a sustainable affair. “We are trying to get a lesser number of files on hard discs in order to reduce flight trips and carbon footprint. In an attempt to manage the entire exhibition of films digitally, we have come up with Pro-view, a platform for streaming the works of filmmakers around the world. Pro-view has already helped a handful of filmmakers and is an extremely secure platform. Also, I can proudly say that the entire system has been made by a team from Kolkata, while all the OTT platforms in our country are running with the help of foreign technology,” said Das.

The fifth edition of the Arthouse Asia Film Festival has also introduced a special award only for South Asian films. “We have one Indian and another film co-produced by India and Bangladesh in the competition category. We are hoping as we compare different South Asian films going beyond the language barrier, we will make an effort towards bringing these film industries closer,” said Das.

Also, numerous short films, co-produced by various South Asian countries, have been screened in the competition section of the film festival.

According to Das, one of the primary steps towards turning the film festival into an elite one is organizing four world premieres. “We are not only premiering films from our own country or the South Asian region but we will also premiere a Brazilian film. I think, in this way, we will embark on the journey towards creating the identity of a prestigious film festival. We don’t know when we will achieve success but we will definitely keep on trying. There is no rush,” said Das.

The festival director is also grateful to the filmmakers for trusting A2FF to premiere their films. However, the team is not only focused on premiering films, it is also determined to create a marketplace.

Das is hopeful that his exhibition strategy will make a difference amid the pandemic as A2FF is one of the few festivals around the world to have an entirely physical edition. “Perhaps, we are the only Indian film festival that didn’t have to cancel an edition. We were able to host the festival in 2020 and now we are hosting it this year," he said.

The A2FF is the only film festival from India to become a part of the Short Film Conference, an international organization seeking to unite the global short film community.