Wanted to focus on the marginality of characters in Nazarband, says Suman Mukhopadhyay


The filmmaker opened up on how he contemporized Ashapurna Devi’s short story Chuti Nakoch and chose the narrative that he wanted to present to the viewer.

Suman Mukhopadhyay’s film Nazarband, based on novelist Ashapurna Devi’s short story Chuti Nakoch will have its US premiere at the New York Indian Film Festival, which is to be held from 4 to 13 June. Starring Tanmay Dhanania and Indira Tiwari, the film had its world premiere at the 25th Busan International Film Festival last year.

Mukhopadhyay took a long time to craft the character-driven film and adopted an unconventional approach to shooting it. A story of two ‘outsiders’ in Kolkata, Nazarband presents an interesting take on marginalized sections of society.

Speaking to Cinestaan, the filmmaker elaborated on how he contemporized the story, which was written decades ago, and chose the narrative that he wanted to present to the viewer.

Why did Ashapurna Devi’s short story Chuti Nakoch appeal to you?

Generally, the visual possibility of a story, its characters, and the premises on which the characters operate appeal to a filmmaker. Though the short story Chhuti Nakoch was written many years ago, I found it to be extremely contemporary. I thought it wouldn’t be a major problem to make that displacement from the time when she wrote the story. Of course, to make it contemporary, I had to update the characters. The protagonists Chandu and Vasanti are two immigrants to the city [Kolkata], where they feel the discrimination any metropolis metes out to its rural immigrants.

We often claim cities are cosmopolitan, but an inherent sense of discrimination and alienation always seem to be there. These elements of a city appealed to me and also, I could sense that the underbelly of Kolkata could be explored through these characters. 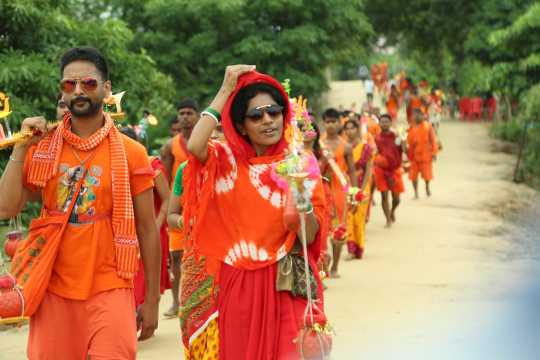 Music composer Prabuddha Banerjee mentioned that the film initially had a different treatment and later the approach was changed completely.

Yes, the film was kind of unpacked and re-edited again. On the editing table, I felt that I could look at the narrative from a different perspective. The first edit did not result in the outcome I wanted.

It took more than two years to complete the film. Could you tell us a little about the journey?

Since we unpacked the film and re-edited it, it took more than the expected time [to be completed]. For the same reason, the audio and soundscape had to be entirely changed. We had to go back to Jharkhand for the second time to finish certain portions of shooting which we could not do before. We adopted an interesting way to shoot the film and it was done entirely on the streets of Kolkata and Jharkhand. We couldn’t afford to recreate the city and the village; instead, we made use of what was already there. We placed the characters accordingly and they could easily assimilate among the people on the streets. It was a novel way of shooting for me as we kind of threw two actors into a completely uncontrolled situation.

Indira Tiwari and Tanmay Dhanania were immensely comfortable to work with and they got themselves equipped to not get into the mode of ‘actors’. They could easily become the people on the streets and we kind of followed them with the camera. Of course, we had some kind of set-ups, but mostly we depended on the randomness of the situation. We allowed things to happen in front of the camera instead of planning everything beforehand. The process had both advantages and disadvantages. It also took more time as we waited for moments to emerge on their own. Overall, the journey was nice. As we edited the footage twice, we figured out so many hidden narratives — films hidden inside a film. We didn’t reshoot the film. Previously, it had a certain rhythm and then after the second edit, it adopted a different rhythm altogether.

Was flexibility one of the primary factors for choosing Dhanania and Tiwari?

They are very talented and highly trained actors. Tanmay received training from RADA [Royal Academy of Dramatic Arts] and Indira is from NSD [National School of Drama]. Tanmay has had experience doing some very good films. I wanted the actors and actresses to be the characters. It’s always a difficult choice to make because the process of shooting with them becomes smooth but then selling the film turns out to be difficult because there is no star value to it.

First, I relied on my gut feeling and chose the actors. Then we did an extensive workshop and I told them that the casting would be final after the workshop. After the workshop, I could sense that they could go into the depth of the characters. Also, they were not one to throw tantrums; there was no need for vanity vans for them or five assistants to hold their umbrella or to constantly attend to them.

Since I shot on the streets, I required actors and actresses who would not attract unsolicited attention to them. I made another interesting choice, working with cinematographer Kate McDonough. I wanted a female DOP, who would not be familiar enough with Kolkata to have a preconceived notion about the city, which can often confine the work to certain kind of imageries. I wanted someone who had a different eye and an unusual perspective. At the same time, I had to be cautious about not bringing out an orientalist perspective as well. Kate was also very aware of my thoughts. It was a very nice collaboration with Kate, Tanmay and Indira. To make Indira have a better understanding of the character, I gave her a clue that Vasanti didn't have access to soaps and shampoo. Indira actually stopped using soaps and shampoo to get into the skin of the character. They were actually living the characters. 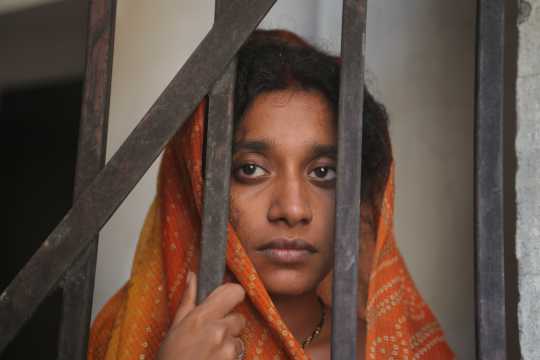 Also, I needed a very non-intervening camera crew. We had a silent operative cameraman who has a very nice eye. We went to Jharkhand to shoot a religious ceremony. It was important for us to get into the flow of people, and we exactly did that. The camera was so non-intervening that it felt as if we were shooting with a mobile phone. For the same, we shot mostly in natural light during the day, and at night, made use of natural light or streetlights.

How have you explored Kolkata in the film?

See, all the metro cities of our country, including Kolkata, have layered landscapes. I tried to capture that Kolkata, which is not much seen these days. Normally, a very clean and sanitised Kolkata, inhabited by the rich or the middle class, can be seen in most films. But there is a saying, “There is dark under the lamp”, so I wanted to focus on the darkness instead of the bright areas.

You have said that the film is more character-driven than plot-driven. What do you mean?

As I said first, the characters excited me a lot. The dynamics of Vasanti and Chandu, their complexities and the relationship between them form the story. It’s a kind of vignettes of different moments instead of sharp changes of the plot. The emotional quotient of the characters drives the narrative instead of twists and turns. Of course, there is a climax, but it is not very plotty. It comes through the characters. I tried to avoid tropes as often the plot turns out to be trope-ish. I wanted to avoid that. 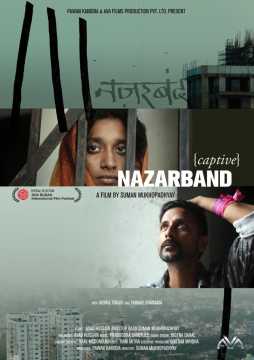 Are you happy with Nazarband's reception at film festivals?

The film will also be screened at the London Indian Film Festival. NYIFF is a virtual film festival but LIFF is going to hold a physical edition at the British Film Institute in mid-June and also in Birmingham. Both the places are major sites for science and the arts and I am very happy to have the screenings there. I will be attending NYIFF for the fourth time. Chaturanga (2008), Mahanagar@Kolkata (2010) and Shesher Kobita (2015) were screened at the festival. There was an option of opening up the film to the world but only the entire USA will have access to it. I don’t want Indian viewers to watch the film now. I am in talks with some OTT platforms regarding the release. In that case, if the film is now opened for Indian viewers, there will be problems from the end of the Indian OTT platforms.

Did you conceive the film as a Hindi project from the very beginning?

I conceived the characters as non-Bengali immigrants from the very beginning and wanted them to highlight as marginalised people. Also, these days the idea of ‘outsiders’ has been in the air of the political scenario of Bengal. The idea was not to make a Hindi film just for the sake of the language but I conceived the film in Hindi.