Want to try everything I can while I’m at it, says Saloni Batra


The actress speaks about her role as Geeta Mathur in the Ashish Pant film, Uljhan.

Photo: Shaaz Rizvi / Courtesy of Saloni Batra
give your opinion

After a stellar breakthrough performance in Ivan Ayr’s Soni (2019), Saloni Batra is back with another strong role in her latest film, Uljhan, which is currently making the rounds of festivals.

Batra plays Geeta Mathur, a quiet wife whose world is turned upside down after her car hits a poor rickshaw puller one night.

The tense drama was premiered at the Santa Barbara International Film Festival in April and has since travelled to Los Angeles, New York and Shanghai.

In a telephonic interview, the actress spoke about her experience on the independent film, her resolute but restrained character, and how the pandemic slowed down her routine.

Batra was happy that Uljhan, which she completed in 2019, is finally making its way to audiences. Kartikeya Narayan Singh, who was also a producer on Soni, had initially approached her with a brief about Geeta.

“They told me that it’s just this character who is a lady from Lucknow, who has this poise about herself and comes from a background where she wears saris,” she recalled.

Later, she was asked to come to Lucknow, Uttar Pradesh, for a look test, where she found out more about the woman she was playing. After discussing the part with director Ashish Pant, she knew straightaway that she would sign on for it.

“I felt she was this woman juggling between a lot of pressure that every woman does,” Batra said. “I kind of related to the graph of her journey as to how she came out and stood up for herself. That really really attracted me.”

Geeta, who is expecting her first child, is the driver of the car when the accident occurs. When she meets the family of the accident victim, she begins to feel guilty for his condition and hires his brother as a driver, without informing her husband Shirish (Vikas Kumar) about it.

The film required that the main trio of actors, Vikas Kumar, Nehpal Gautam and Batra, perform some fairly intense, emotional scenes that eventually took a toll.

Batra, who was last seen in Bejoy Nambiar’s Taish (2020), said, “There is so much happening that is not being said, and so much emotion that we are feeling [in the film], so many undercurrents that could develop with the relationships of each character. I think it was quite hard. Those two months were the hardest for me so far in this journey of mine.”

She received great support from Pant, who had a clear vision of how he wanted the film to go.

“He had the full back story with him,” she said. “When we reached Lucknow to begin the shoot, we had a few days, so he took us out on random walks and just spoke about the character at a stretch, for two or three hours. And his research was so good that it just got ingrained in all of us.

The actress met a few women in Lucknow whose lives were quite similar to her character Geeta’s. Furthermore, the key cast did some unique workshops.

“When [Pant] told us about the back story, we went into the past and we did those scenes actually,” Batra explained. “So that when we do the present scenes, we have that in our mind. Every time we played out a scene, I would remember that emotion of having played that out already, the past. I literally could see every emotion I was facing. That was a great way of starting the workshops.”

She and her co-star Vikas rehearsed some pretty emotional scenes from the couple’s past, including one in which Geeta has a miscarriage. On set, Pant would come and discuss the scene with them individually, including giving them a music piece to help them perform. Batra felt that really helped her get into the mood of that particular scene.

“Vikas and I were very easy and we understood each other and it just fell in place," she said. "The energy on set, of my co-actor, my director and everybody just came together somehow, because we were initially very scared.” 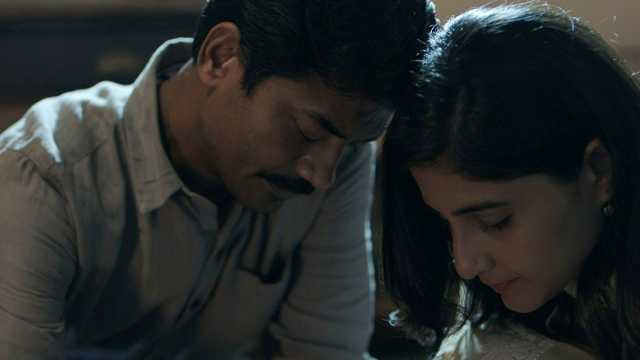 Batra also stated that had she been in Geeta’s shoes, she “would have made harsher decisions”.

She stated, “I have to stick up for it, because if I keep it inside me, I’m just going to keep dying every single day. So that rebel in me kind of helped me to understand how much this woman has to curb herself every time. Every time she has to just shut up about everything that is happening around her.

The actress, who has also worked on an untitled feature during the past year, noted how life had changed for her after the release of Soni. More producers and directors are aware of her and the kind of work she does.

“Because cinema is also changing, there are more interesting roles coming my way,” Batra said. “I’m willing to do new stuff and I want to try everything I can while I’m at it. At least doors have opened and people know of me, that’s a great feeling, as a good actor. I’m so thankful for Soni and getting that kind of a break.”

Last March, before the lockdown was announced, Batra went back home to Delhi and got the chance to reconnect with her family and herself after a long spell.

“For so many years, I was trying to do something, mark myself for anything,” she said. “I just forgot myself. I was rushing, I was running in the race. I felt that my mind was never at peace.

“It was like a new start with my family again,” she went on. “I [also] worked a lot on myself because I felt like I need to be at peace, more than anything, with what I do. I had a lot of realizations like that. I worked on them. I meditated a lot, learnt a new instrument, worked on my vocals, I sing sometimes, so yes, I did a lot of work. I tried to stick to my workout routine. There were a lot of revelations that happened.”

Uljhan (The Knot) was screened recently at the Shanghai International Film Festival which ended on 20 June.