Language will no longer be a barrier, says filmmaker Pan Nalin


The filmmaker shares his experience of working and surviving through the pandemic and speaks about the impact of streaming services on the business.

Pan Nalin on the set of Chhello Show

Pan Nalin’s latest film, Chhello Show or Last Film Show, just had its world premiere at the Tribeca Festival last week. The Gujarati film, which is inspired from the filmmaker’s childhood, opened the Spotlight Narrative section of the American festival.

The filmmaker spoke to Cinestaan.com about the laborious process of casting the children in his film and elaborated on how the pandemic has changed the future of filmmaking.

Asked how tough the past 15 months have been on independent filmmakers like himself, Pan stated that the toughness is mainly economical.

“We are all creative people and artistes flourish where they are confined,” he explained. “But, unfortunately, we are neither composers nor writers nor painters, we are filmmakers and we constantly depend on the economy and capitalism. Without money, nothing works.”

He continued, “It has taken a heavy toll, in the sense that unless and until you embraced an OTT platform [like] Amazon Prime, Netflix, Hulu [or] HBO Max, survival became a very big question. Does it make sense to keep doing that [making films]? So there was a lot of introspection, at least for me.

"I was on quite a few conferences that were organized by different festivals. I got to speak with other filmmakers from Asia and Latin America, and I realized that this was a whole collective thinking. They are thinking, what are we going to do? How are we going to tell our story?”

Pan, director of such films as Samsara (2001), Valley Of Flowers (2006) and Angry Indian Goddesses (2015) which were released in theatres, said we would have to accept eventually that the streaming platforms are now officially part of the movie business, particularly since the pandemic began last year.

“I am, after all, a storyteller,” he stated. “I can embrace any medium. When I started shooting my first movie, I was using 8mm and 16mm film, then came digi beta, then came 35mm and Cinemascope, then came the digital era. Ultimately the aim is to tell a story. I think the storyteller will always be in demand.”

As audiences, at home or in theatres, want to experience more and more stories, some new and some old, the filmmaker said it was important to embrace the streaming platforms. He said he, too, would have to think about making a film directly for the digital medium someday.

He also spoke about his difficult experiences releasing his films as an independent filmmaker.

“We are always at the mercy of distribution, more so in India than anywhere else,” he said. “It’s very very tough to release [without] distributor and exhibitor, it’s nearly impossible. And even if you do release it, you will have to take it for granted that it will run at a loss, because the cost of marketing and print and advertising is so high. On top of that, the exhibitors in India, the theatre owners, they take the highest percentage in the world. Nobody takes that kind of percentage from a ticket sale.” 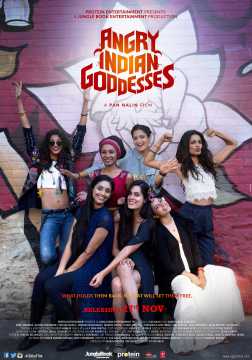 But Pan felt hopeful in the rise of non-English and non-Hindi content, respectively, in the rest of the world and in India. His previous works in America faced a tough time getting picked up because they were subtitled.

“Europeans have a habit of watching subtitled movies, short films and documentaries,” he said. “Americans never had that. Now the whole of North America is watching [films with] subtitles. This is like the biggest revolution and I must thank Netflix and Amazon Prime for that.”

He was also encouraged that audiences in India are now watching films in different languages, opening them up to all kinds of content. “In a way, that’s kind of a barrier breaking, to know [that] if you have a story that is universal, language will no longer be a barrier. This is a great contribution and definitely will keep coming from streamers,” he said.