The celebrated director, who was 77 years old, died in his sleep on Thursday morning.

The untimely demise of National award-winning filmmaker Buddhadeb Dasgupta has left the Bengali film industry in shock. The director and poet was hailed for his powerful films on burning issues.

Filmmaker Goutam Ghose, who started off his career around the same time as Dasgupta, is yet to come to terms with his passing. “I got the news in the morning, and I am absolutely speechless. It’s a big shock,” the National-award winning filmmaker said.

“Only a few days ago, we spoke on the phone. We planned to have adda sessions after the situation gets better. We had a lot to discuss about cinema. It’s a great loss! One of our country's finest filmmakers has departed,” the director said.

Looking back at the work of his comrade, the Antarjali Jatra (1987) director said, “We had been friends ever since the time we were only making documentary films. From Dooratwa (1978) to his last film, Urojahaj (2019), he evolved a lot. He came up with a distinct style and left his mark with his important works."

When Dasgupta was making Urojahaj, his health had already started failing. “It is truly commendable how he managed to make the film even in that condition. However, none of us expected that he would leave us so soon! He will continue to live in our memories,” he added.

Ghose stated that preserving Dasgupta's oeuvre is the need of the hour. “Recently, when we were speaking on phone, he expressed his concern over the negatives of our old films,” he said.

The filmmaker had stepped in front of the camera for Dasgupta’s third film Grihajuddha (1982), alongside Anjan Dutta and Mamata Shankar. “Mamata and Buddhadeb approached me one day to act in the film. I was initially reluctant; however, since we were so well-acquainted already, I had a lot of fun working in the film” recalled the filmmaker.

“We travelled together a lot abroad and spent a lot of time together at many film festivals in our country. We had a wonderful time together,” Ghose added. 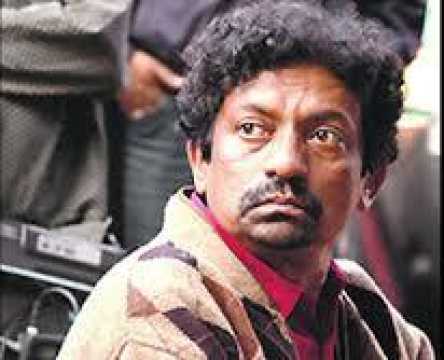 Actress Sreelekha Mitra was a newcomer when she played a crucial role in Dasgupta’s National-award winning film Mondo Meyer Upakhyan (2003), “I was in awe of his stature as a filmmaker and a person. But he made me feel very comfortable from the very beginning,” she recalled.

“He was very particular as far as time was concerned. Since I played a sex worker in the film, he made us visit the infamous Sonagachi red-light district. I made some very good friends there. It was an important learning experience for me,” she said.

Mitra likened Dasgupta to a painter. “He knew about the craft of filmmaking in great depth. It’s a huge loss for the film industry as well as for people who are aware of the atrocities taking place around them,” stated the actress, who offered the leftist filmmaker a final Lal Salaam [a greeting, salute, and code word used by Communists throughout South Asia].

Actor Chandan Roy Sanyal composed a long heartfelt Facebook post on the stalwart, recalling his experience of working with him in Tope (2017) and Urojahaj.

Actress Paoli Dam also posted a photo of herself with the pathbreaking filmmaker and recounted her experience of working with him.

Actor Nawazuddin Siddiqui, who acted in the filmmaker's Anwar Ka Ajab Kissa (2020), took to Twitter to pay his respects.

A true stalwart Director… one who rooted for all the characters of the story… exposed the inner space of the character via actors… Super Human… Fortunate to have worked with him in #AnwarKaAjabKissa
You will be missed #BuddhadebDasGupta Da#RIP pic.twitter.com/i26btPAucU