10 years of Singham: 6 reasons why the Ajay Devgn-starrer is still an entertainer


A look at how Rohit Shetty made the switch from comedy to comedic action and set the template for his police film franchise.

Rohit Shetty was known for making comedy films like the Golmaal franchise and All The Best (2009). But with Singham (2011) he ventured into the zone of a powerful cop movie that has dollops of humour but is also high in emotions. The film succeeded at the box office and how! It was liked even by those who generally sneer at Shetty's brand of cinema.

Singham was the official Hindi remake of the 2010 Suriya-starrer Tamil hit Singam, but it took only the basic idea from the original. The Hindi film revolves around police inspector Bajirao Singham (Ajay Devgn). He is a star in his hometown Shivgarh for his honest nature and unconventional ways of solving problems. Kajal Aggarwal plays his love interest.

Meanwhile, the wicked Jaykant Shikre (Prakash Raj), a dreaded gangster and upcoming politician, is spreading his criminal tentacles in neighbouring Goa. In connection with a case, he is required to report to the police station in Shivgarh. As is his wont, Shikre tries to throw his weight around and is quickly shown his place by Singham and the villagers.

Shikre strikes back by using his connections to get Singham transferred to Goa, his turf. Singham realizes that Goa is a different kettle of fish given Shikre’s influence. The bad man continues to expand his evil empire and all Singham can do is watch. But for how long?

As Singham completes 10 years today (the film was released on 22 July 2011), we list six reasons why it is still liked by audiences. 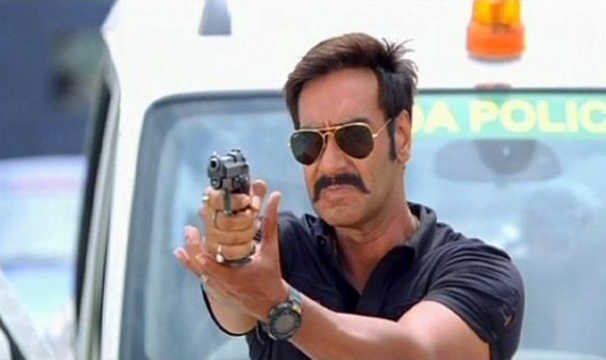 Before Singham, Ajay Devgn had played a cop as the main lead in Prakash Jha’s Gangaajal (2003). But you won’t even think of that character while watching Singham. Though both characters are honest and upright police officers, that's about the only commonality between them.

Along with the genre and nature of the film, it was Devgn’s brilliance that worked here, especially during his scenes with Prakash Raj. The film is filled with instances where the action star makes an impact with his tough-guy persona. Devgn also switched pretty easily to humour and romance in between.

Irrespective of whether one likes Rohit Shetty’s films, one can’t deny that they are fast-paced and aimed at entertainment. And that is exactly what he delivered even in a slightly more serious and sensible film (when compared with his mad-cap comedies) like Singham.

The movie has a fine mix of action, comedy, emotions, powerful dialogues and interesting characters. The lines by writer duo Sajid and Farhad Samji played a major role in creating the overall effect. They were known until then for their comic punches, but with Singham they showed they could do the serious stuff as well.

One might think that hero-centric mainstream entertainers are all about the lead actor. But Singham had a strong line-up of supporting artistes like Sonali Kulkarni, Sachin Khedekar, Ashok Saraf, Vineet Sharma, Ashok Samarth, Murli Sharma, Vijay Patkar, Govind Namdev and Anant Jog who added value to it. Importantly, each character was critical to the plot and was established well, in quick time.

The confrontational scenes between Singham and Jaykant Shikre stand out even today. Be it when Shikre comes face-to-face with the protagonist for the first time, the moment when the baddie welcomes him in a creepy manner to Goa, or the pre-climax, the scenes were written and handled in a way that keeps the viewer hooked, even after repeated viewing. Popular dialogues like ‘Aata majhi satakli [Now you've pissed me off]’ and ‘Aali re aali aata majhi baari aali [It's my turn now]’ made these scenes even more memorable.

The highlight of Singham is the pre-climax scene where the hero and a large team of police officers (Ashok Saraf, Murli Sharma and others) enters Jaykant Shikre’s bungalow to finish him off. It’s a hilarious scene where the cops discuss the ways in which Shikre can be killed while the latter goes crazy with panic. Prakash Raj got the maximum opportunity to display humour while being a villain and made terrific use of it, especially when he switches from being panicky to confident in the end.

The title song of Singham is not only used to establish Ajay Devgn’s character but also plays during important moments in the film, increasing the impact of various sequences. The best is reserved for the very last when Sonali Kulkarni's character joins hands in front of Singham and company to offer gratitude while the cops respond with a salute.

Generally, in mainstream commercial films, the victims thank the heroes with clichéd dialogues. Here actions spoke louder than words and it was possible mostly because of the title song.