The Hindi rom-com, directed by Mahesh Bhatt, was the ‘unofficial’ remake of Frank Capra's Oscar-winning screwball comedy It Happened One Night (1934).

It is understandable why Frank Capra's It Happened One Night (1934), starring Clark Gable and Claudette Colbert, appealed to Indian filmmakers. The screwball comedy, which won five Oscars — for Outstanding Production, Director, Actor, Actress and Adaptation — was remade numerous times in India.

It was adapted into Chori Chori (1956), starring Raj Kapoor and Nargis, and Nau Do Gyarah (1957), starring Dev Anand and Kalpana Karthik. In 1991, Mahesh Bhatt released his adaptation Dil Hai Ke Manta Nahin, starring Aamir Khan, Pooja Bhatt and Anupam Kher. Other versions have appeared in Bengali, Tamil and Kannada, but for many, the 1990s adaptation was the perfect mix of romance, comedy, slight drama and melody delivered by Nadeem-Shravan who were at their peak.

In the book, I'll Do it My Way: The Incredible Journey of Aamir Khan, by Christina Daniels, Mahesh Bhatt stated that the film "was like a breath of fresh air in those cobwebby times. Its power and fragrance emanated from its core, its script. It's not a secret that the film was sourced from an enduring classic called It Happened One Night. When we decided to make it, we made sure that it was beyond copyright restriction and in the public domain. I said if I can translate in spirit what the great Frank Capra penned down years ago, then I would consider it a triumph.” 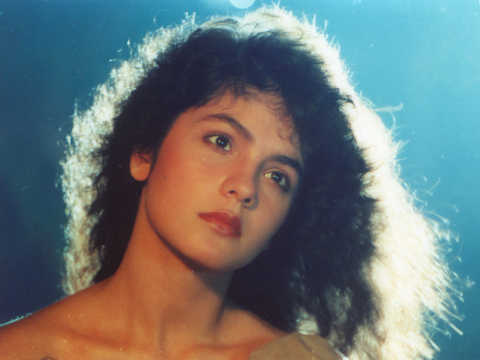 With a screenplay by Robin Bhatt and dialogues by Sharad Joshi, the feature film, dedicated to the late art director MS Shinde who had worked on it, was ‘a journey into a woman’s heart’. The feature is the story of how the privileged Pooja Dharamchand (Pooja Bhatt) and principled Raghu Jetley (Khan) meet, bicker and fall in love.

The film opens with Pooja, who wants to marry the film actor Deepak Kumar (Sameer Chitre), running away from home after a disagreement with her father (Kher) and into a song sequence, not even 10 minutes in. She blends in with a celebratory song with residents from the fishing community and later escapes with their help.

As her wealthy father Seth Dharamchand puts out a reward for her safe return and sets a pair of bumbling detectives (played by Rakesh Bedi and Veerendra Saxena) on her tail, Pooja tries to make it to Bangalore unnoticed to be reunited with Deepak. On the way by bus, she repeatedly encounters the reporter Raghu, who realizes that he might have a scoop on his hand after all. 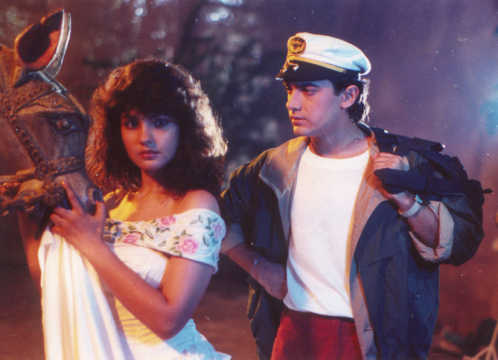 Raghu writes for the Daily Toofan newspaper and has a volatile relationship with his editor Sharma (Tiku Talsania). He needs a terrific story to get back in the boss's good books and what better than an exclusive with the runaway heiress herself! Lost in the 'real' world, Pooja manages to survive with Raghu's help.

However, neither Raghu nor Pooja expect to develop feelings for each other as they tackle missed buses, persistent abductors and detectives, and a lack of funds. Pooja and Khan have a natural chemistry in the comedic and romantic scenes, but, strangely, this was the only time the two acted together in a film.

“Amongst our toughest moments was making Pooja sing the title song,” Mahesh Bhatt shared in the book. “It was the first day of shooting and she was fresh, just after Daddy. She was doing lip sync for the first time. The entire crew was screaming and singing to take away her self-consciousness. That was one ordeal that I will never forget. But that till today remains one of the finest songs that I've shot, without any choreographer — just me, Pooja and Aamir. We worked it out together. Yet, it has an ease and grace that a choreographer would have destroyed.”

Dil Hai Ke Manta Nahin reunited Anupam Kher and Pooja Bhatt as father and daughter after Daddy (1989) and the duo have a wonderful relationship in the film as, despite their differences, Kher’s character is understanding and supportive when it matters. 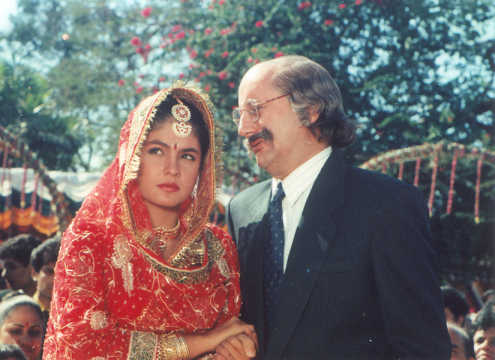 Bhatt added, “The other factor that brought the house down was the extraordinary performance of Anupam Kher and that stunning scene in the end, which in the Indian context is amazing. Here, he begs his daughter to run away from the wedding pandal and jumps for joy when she finally does it. It was completely opposite of all the films that Indian cinema had produced, where fathers go down on their knees and lick the floor to make their daughters marry because that moment is supposed to be the 'mother of all moments' in the life of a parent.”

Aamir Khan, meanwhile, was settling in as a star and romantic lead. He worked hard on creating his character, from his unique name right down to the clothes and cap he wore. Recalling The Times of India interview with Khan in which he called Dil Hai Ke Manta Nahin his "most controlled performance", Daniels said in the book, "Aamir no longer searched for his way between shots. Instead, his performance was charted out and he knew where it was going. In some ways, this was perhaps the beginning of Aamir's distinctive style that the mainstream media sometimes termed 'method' acting.”

Of course, upon rewatching, the film is old-fashioned in places, existing in a world devoid of cell phones and social media. Had they existed, the search for Pooja would have ended in 10 minutes. An offhand line about petrol prices is sadly still relevant.

The slight misunderstanding between Pooja and Raghu goes on for a bit towards the end, but the ending with Pooja fleeing from her own wedding bookends her escape at the beginning. The film went on to become a box-office success.

Anuradha Paudwal won her sole Filmfare for Best Female Playback Singer at the 37th Filmfare Awards. Lyricist Anwar was nominated for the title song and Kher and Khan were both nominated for Best Performance In A Comic Role and Best Actor. Mahesh Bhatt and the feature were also up for Best Director and Best Film.

Bhushan Kumar, son of producer Gulshan Kumar, announced plans for a remake last year, but the charm and nostalgia of the original will be hard to replicate.