The director, Sunny Ray, has described the project as an intense love story.

Chandan Roy Sanyal and Rituparna Sengupta will share the screen for the first time in the upcoming Hindi feature film Salt. Directed by Sunny Ray and produced by P and P Entertainment LLP, the romantic drama will be realised on an OTT platform.

In the film, described as an “intense love story” by Ray, Sanyal plays Shankar, an introverted architect, who falls in love with the girlfriend of his boss. Maya, (Sengupta), an extroverted writer, finds Shankar interesting because of a strange lie invented by the latter on their first date.

Speaking to the PTI news agency, Sanyal said, “It offers a fresh take on love and living without it. What better way to begin the year than by headlining a love story! 2021 has begun on an excellent note and I can't wait to start shooting.” Sanyal was reportedly reminded of the Hollywood film Blue Valentine (2010) while reading the story. 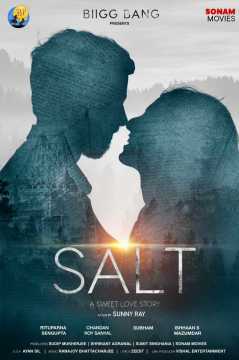 “I am excited to work with such amazing actors, crew and the production house P and P Entertainment,” stated the director while speaking to Tellychakkar, an online news portal. “I am looking forward to presenting a very sweet love story about an unusual couple set across a period of time (sic),” he added.

Sengupta is excited about her first OTT release. “I am really looking forward to Salt. Sunny has come up with a wonderful idea and quite contemporary to suit today’s psyche of a woman. Salt describes the couple as edgy and exceptional. Sudip da, our producer, is also very positive and supportive (sic),” the actress told Tellychakkar.

The film went on the floors yesterday.