The dream is to disrupt the traditional ecosystem, says Cinemapreneur co-founder Gaurav Raturi


Gaurav Raturi, co-founder with Rupinder Kaur of the indie-focused OTT platform Cinemapreneur, talks about its genesis and the journey thus far.

Several OTT (over-the-top) platforms have entered the Indian market in the past few years. However, few are focused on independent cinema. Often unable to afford the budgets required for marketing and a theatrical release, independent films have traditionally been screened mainly at festivals. And if you miss a film there, it is quite difficult to find it again.

Cinemapreneur, a pay-per-view OTT platform, has set out to bring the best of Indian independent cinema — shorts, features and documentaries — to the home audience. The platform follows a model where viewers can directly watch a film by paying for it, quite like you do at a cinema hall, without having to subscribe to the service. Gaurav Raturi and Rupinder Kaur, co-founders of Cinemapreneur, spoke to Cinestaan.com about the genesis of the platform and the journey thus far.

Raturi’s foundations in film exhibition have been built since 2008, when he was organizing on-ground screenings of independent short films for various exhibition spaces. This experience led him to think about making niche films available to a wider audience and monetizing them. After weighing several options, in 2017, he piloted the idea of ticketing short film shows and turning it into a business. He found that not only were there several takers for the shows, but young people were also interested in the nitty-gritty of how the films were created.

The following year, 2018, he thought of creating a dedicated platform for such films and that’s how the idea for Cinemapreneur emerged. The word brings together the artistic as well as the business side of films, emphasizing how filmmakers also need to be entrepreneurs and find funding and backing for their projects.

The idea was to bring film festivals to a home audience. The COVID-19 pandemic simply accelerated this thought process. Raturi said, “We were working on it but we pushed the accelerator a bit more so we could launch it during the pandemic. We felt that if this [the pandemic] had not happened, the platform would have taken its own pace and we would be launching it as the IFFI [International Film Festival of India] and MAMI [Mumbai Academy of the Moving Image] festivals took place... but we were able to launch it during tough times and [the platform] got a lot of recall value.”

One of the most pressing concerns for filmmakers online is piracy, which has made many stop short of  wholeheartedly supporting smaller OTT platforms. Speaking of some of the challenges Cinemapreneur has faced, Raturi said, “It’s sad to see films get pirated. The place in which we have started, the films are not so big that they will get pirated, but as we grow bigger it will be a challenge and we have been trying to work around it with technology that allows you to ensure that things do not go that way, but it’s a beast everybody is trying to tackle.”

He added, “The concern is how to attract genuine followers, cinephiles, cine fans who want to watch films in the regular way. For us, the challenge is how do we tell the audience to pay Rs99 when you get so much free content and they have not been conditioned to pay for content. In India, that’s a big challenge as the psyche is not to pay.”

However, the landscape changed drastically in the past year. “The moment we launched, two or three bigger platforms also started creating pay-per-view content, which validated what we were trying to do. Another challenge is building the audience base, because this will not happen immediately,” Raturi explained.

Explaining the choice of a pay-per-view model, he said, “We built a model where the filmmaker is a co-owner in the whole model of distribution, which means that if a film does even one ticket, they earn on it, rather than them getting a flat fee. So we wanted the filmmakers to be invested in the whole process. We thought that pay-per-view would work. It’s like Akshay Kumar goes to 20 platforms talking about his film because he knows every ticket sold gives him a share as the producer or investor in the film. So that’s what we felt, that every ticket sold on Cinemapreneur will give you that incentive.”

Through the money-sharing process, the filmmakers also become ambassadors for the platform, as they rally audiences to watch their films on it.

Using the analogy of a bookshop and a library, he said, “We are creating a bookstore for films. As we grow, audiences will choose these books rather than taking a library membership and reading books.”

Currently, there is a whole range of films, from features and shorts to films by student filmmakers as well as by stalwarts such as Anand Patwardhan, on Cinemapreneur. Elaborating on the choice of content, Rupinder Kaur said, “When we were launching the platform, we were wondering if we should launch with one big film or have 20 or 25 films in the catalogue where you can pick and choose. We wanted to have a mix of different films so the audience knows what they can expect from the platform in the time to come.”

Raturi added, “The question was, should we be a niche platform with highly curated arthouse films or should we focus on the fact that it is a feature-based platform which is allowing filmmakers, so we chose the latter. We are giving the technology to filmmakers to stream their films. What you see [on the platform] is a mix of our curation and what filmmakers have submitted.” 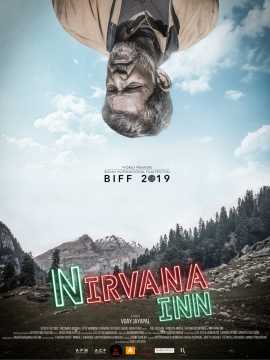 In an interesting case, Vijay Jayapal's Nirvana Inn (2020) was made available only for a limited period on Cinemapreneur, which created a buzz around the film. “We got tremendous response," said Raturi. "There was a lot of buzz and we were very excited to do this because it was new for us [making a film available only for a few days]. I thought films like Nirvana Inn will come to us after eight or nine months of us being in the space, but them trusting us was, honestly, a very good validation because we have hit the space where any big independent film from India can also be released on our platform, so that’s what we really liked about this campaign.”

Sharing their vision for the platform, he said, “The dream for us is to disrupt the traditional ecosystem where a filmmaker does not need any other avenue. So, any filmmaker coming on to the platform gets their RoI [return on investment]. If we can get the best of arthouse or independent films from Hollywood or outside India, that’s the dream and we are working on it.”