Could relate with my character’s anger in Madam Chief Minister, says Richa Chadha


Directed by Subhash Kapoor, the film sees Chadha play an ordinary young woman who goes on to become the chief minister of Uttar Pradesh.

Richa Chadha played the role of a middle-aged woman in Gangs Of Wasseypur (2012), a film that got her noticed widely for the first time. She has played other challenging characters since. But she says her character in Subhash Kapoor’s Madam Chief Minister has been her most difficult yet.

Chadha plays the role of an ordinary woman named Tara who goes on to become the chief minister of Uttar Pradesh (UP), India's most populous state, against all odds and faces other challenges.

“This is the most difficult role of my career," Richa Chadha said in an exclusive conversation with Cinestaan.com. "I have put in everything for this role. We have worked very hard. We didn’t think about money or awards while signing the film. That’s why I feel people should watch this film. I am very excited.” 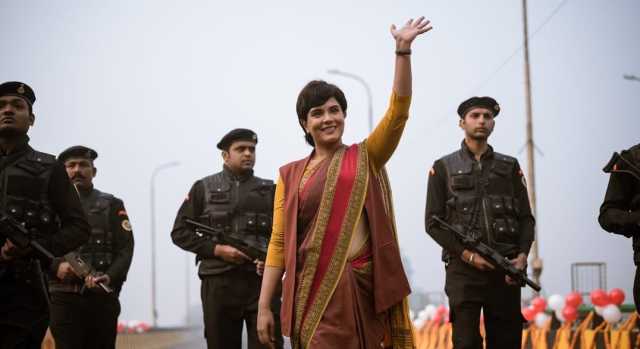 She said shooting for Madam Chief Minister and director Kapoor taught her a lot. “I got to learn a lot from him," the actress said. "He gave me an education through his thinking, through the books he asked me to read about politics and the caste system. We were shooting in a village in UP. We came to know how people function taking caste into consideration. For example, one well was only for the Thakurs. After seeing all this, we realize we haven’t progressed yet.”

She continued, “There are people who feel they should only mingle with those from their caste. People also hire someone for a job from their own caste. I got to learn all this for the first time. Because of this, various crimes take place like rapes, murders and how they are covered up. We have also shown things like how MLAs [members of the legislative assembly] are bought after an election.”

Explaining her reason for accepting the role, Chadha said she had never done such a film or played such a character before. “I felt it would be nice if this story reaches the people," she said. "There was something different for me to do in this film — in terms of looks and performance. I am a greedy actor. Whenever I get a good and different role, I say yes. The character is an ordinary girl who works in a library. It’s a very big thing for her to reach the pinnacle of power.”

The preparation for the role included reading about the life stories of various political figures. “Suggested by the director, I read the life stories of political figures of India, both male and female. Like Jayalalithaaji, Mayawati, Rahul Gandhi, Mamata Banerjee. These big leaders have mass support. I read about what is the one common thing in them that people get drawn towards them. We also had an acting workshop where we tried different diction and accents. I also learnt how to ride a bike,” she said. 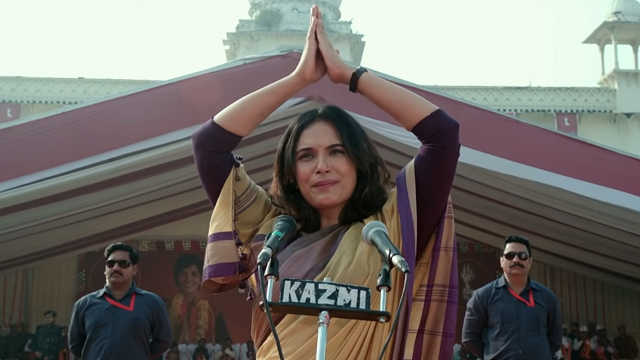 Interestingly, Chadha said viewers may not like Tara when they see her for the first time. “You will wonder why she is so angry," she said. "She is a tomboy and talks in an awkward way. So my job was to ensure that people love her. This was challenging for me. There was nothing stereotypical in her. So I felt it would be challenging to get people attracted to this character.”

The film sees veteran Saurabh Shukla playing Tara's guardian and guru. The film also stars Manav Kaul and Akshay Oberoi. “All of them have given such good performances,” said Chadha. “Shubhrajyoti Barat’s dialogue [from the trailer] is going viral. The casting has been so right here. As far as I know, there was no casting director for this film. Subhashji himself has done the casting. It is like a casting coup.”