A new biography of the acclaimed filmmaker, published by Simon & Schuster, recounts the story of how Guru Dutt and Dev Anand’s chance meeting was to lead to a collaboration that would change the trajectory of the lives of both.

It was time to seek a new direction in life. After spending a few months in sheer desperation, twenty-year-old Guru Dutt turned to his mentor BB Benegal once again. Benegal took Guru Dutt to Poona and introduced him to Baburao Pai who was a partner in the famous Prabhat Film Company, popularly known as Prabhat Studio, in Poona. The studio had a reputation of being an institution that produced successful films in the past and it was in the process of hiring new talent and revamping itself.

Guru Dutt was hired as a dance director at Prabhat Studio at a salary of Rs50 a month, on a three-year contract. He also worked as an assistant director and sometimes even as an actor in the films produced by Prabhat Studio. In the film Lakharani (1945), Guru Dutt appeared as one of the group dancers and also acted in a scene in which he was tied up and beaten. This was his first appearance as an actor. He was also an assistant to director Vishram Bedekar. ‘It is possible,’ said Atma Ram, ‘that it was at this stage, while working in Lakharani, that Guru Dutt decided to become a director. Till then his goal was to pursue dancing in its pure or applied form.’ 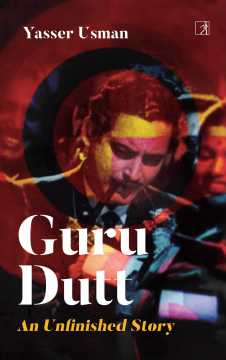 It was here in Poona, during the making of the 1946 film Hum Ek Hain, when he met friends who would play a very crucial role in his life and his films.

Coming from Lahore of undivided India, with dreams of becoming an actor, Dev Anand was struggling to get a foothold in the Bombay film industry. The year was 1946 when he met Baburao Pai of Prabhat Studio and managed to impress him after gate-crashing into his office. Pai gave Dev Anand a train ticket to Poona and asked him to give an audition in Prabhat Studio. Dev Anand gave a stylish audition and was selected for the film Hum Ek Hain to be directed by PL Santoshi. He was offered a monthly salary of Rs350 — a big amount in those days.

The shooting was about to begin in a few days. Dev Anand was staying in the guesthouse of Prabhat Film Company when one day there was a knock at the door.

Dev Anand came at the door of his room to take his clothes but realized that his favourite shirt was missing. There was another shirt which didn’t belong to him: ‘This is not my shirt! That dhobi, I’ll sack him!’ Dev shouted, blaming the young boy’s father.

The washerman’s son was scared. Dev Anand asked him if he has delivered his shirt to some other room. Tukaram had no idea. In search of the shirt, they knocked on the doors of a few rooms and finally a bespectacled young man, holding a book in his hand, came out from a room. Dev Anand explained the situation to him and asked if the man had got his shirt by mistake. The man smiled and confirmed that he had a similar ‘wrong shirt’ story and fortunately the shirt too.

They smiled. Dev introduced himself and said he was the lead actor of Hum Ek Hain. 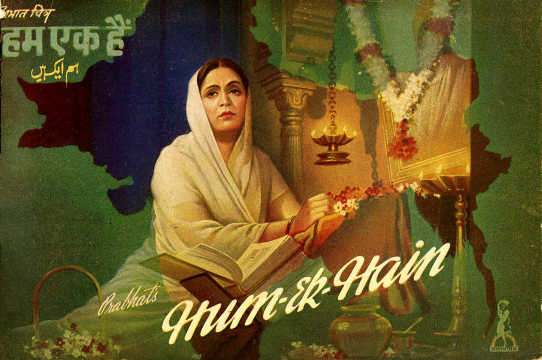 Shaking hands with Dev Anand the bespectacled man replied, ‘I am the lead choreographer of Hum Ek Hain. My name is Guru Dutt.’ Dev recalled later, ‘We had a hearty laugh and embraced each other. We were to be friends for all times.’

Guru Dutt was also the assistant director and even played a small role in Hum Ek Hain. The film was a two-hero story about Hindu-Muslim unity. Dev Anand played the Hindu character while the Muslim character was played by another young, good-looking actor, Rahman. Dev Anand, Rahman and Guru Dutt became close friends during the making of the film. They would cycle around the roads of Poona, cook together, watch movies together, share each other’s secrets and were inseparable.

The twenty-one-year-old Guru Dutt felt at home with these new friends. He was also on a road of self-discovery, realizing that it is filmmaking that was going to be his calling in life. Together they talked about their dreams, their future in films. During one such conversation Guru Dutt and Dev Anand made a promise: ‘We promised each other that the day I became a producer, I’d take him on as a director, and the day he directed a film, he’d cast me as a hero,’ said Dev Anand.

Guru Dutt and Dev Anand had crossed paths for a reason. The promise was for keeps.

Excerpted with permission from Guru Dutt: An Unfinished Story by Yasser Usman, published by Simon & Schuster. Click here to buy the book.