We have to reach every kind of audience through films, says Kriti Film Club founder Aanchal Kapur

The founder of the not-for-profit organisation Kriti, Aanchal Kapur, began the Kriti Film Club two decades ago, motivated to mobilise the power of the visual medium to bring about social change. The club organises regular screenings at the Habitat Centre, New Delhi, but was forced to abandon its on-the-ground model for an online one during the pandemic.

Recollecting the reasons that propelled her to start the film club, Kapur reminisced about how she grew up watching documentaries as a child. The engagement with cinema only strengthened with time and her work as a trainer made her realise the power of films as a learning tool. She said, “I was working in the space of training women activists and social workers on gender and development issues and within a couple of years, I realised that I was missing a learning tool and that for me was film. I needed the creative juices to flow but more than that I felt that unless the community saw films, they would not realise that change was possible. So I started searching for films as a trainer.” 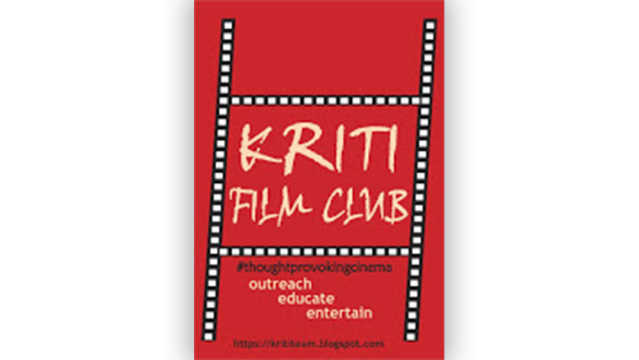 However, in the year 1999, the Internet and its vast possibilities did not exist and the going was tough simply because the films were hard to find! “There was nothing available except for CENDIT (Centre for Development of Instructional Technology), which was a rich library of documentary and video content. It was a treasure house!” she reminisced.

“It took about a year to get these resources and I, of course, knew filmmakers and activist filmmakers and that’s how the first resources of the Kriti Film Club came to be and in August 2000 we decided that we needed to increase access to documentary films because the only place there were available or viewed were at film festivals which were so far away…and then we did not know where they [the films] went," she said.

Speaking about the mission of the club, Kapur said, “For me, one of the big missions of Kriti is to convert the unconverted audiences about sensitivity and action in the space of social change. I think that has started to happen. We needed to show films to people who would not normally see them and we needed to expand the audience space for documentaries because documentaries are not boring. There were such amazing documentaries being made by then. People would stay away from documentaries because they would seem boring and verbose but there weren’t those kinds of documentaries there.

The trigger for me to start the Kriti Film Club was to also bring documentaries to a discussion forum between the filmmaker and the audiences because film is as much a piece of research as a research paper but often a film does not get translated into reality because it does not have findings and yet it does because when you see a film, what you see there can trigger you to do something which gives you hope or action or intervention.”

The lockdown last year became a pivotal moment for the film club which gained greater visibility through the many programmes that it organised. At the time, Kapur felt that while it was still early days of people being shut in their homes, they were getting bogged down by the larger situation. So a thought came to her to change the mood of people and she thought of starting ‘Lockdown Recommendations’, where they dug into their archive and screened the films virtually.

“At that time, we were gearing up to prepare for the 20th birthday of the film club so there were things rolling in our heads but everything was suddenly looking very different. So on 21 March, we started screening [films] and we continued to do so for 102 days, every day. My experience was that because were glued to the Internet and were at home, everybody who had been missing coming to a physical Kriti club screening was starting to watch,” she said.

Being acutely aware that audiences were being inundated with Zoom events and getting fatigued by this, the club got the filmmakers to record a short video to accompany the screening of each film. There was an overwhelming response to the online screenings and through them, possibilities to partner with other organisations came up, which led to the first South Asian Women’s Film Festival in November and it was presented like a film festival with screenings taking place according to the scheduled timings.

Speaking about another Kriti Film Club initiative, the blog website Doculive, Kapur said, “I see it as a space for people who work in civil society on social, environmental and developmental issues, to have a theatre of their own, an online space of their own, where they come to watch cinema and films that will contribute to their work in the field. I don’t see this as a film festival space. I see it as a space where we can get invited to curate film festivals which we have done over twenty years. I see this as a place where 365 days of the year there is a ‘Now Showing’ of documentaries, short films, animation and music videos. I also see it as a place which people can use as an online library and organise private community screenings and this is what I have been pushing for this particular edition of the festival [Rising Gardens Film Festival]. 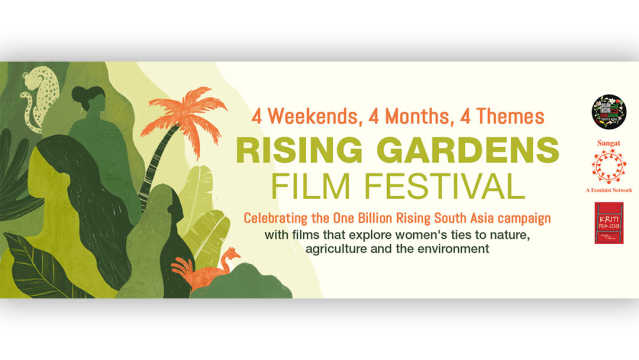 We have done several issue-based film festivals over the years but very consciously we didn’t become a film festival because we did not want to let go of the vision with which we started the film club, which was ongoing access of content that can bring about change.”

Organised in collaboration with One Billion Rising South Asia, and Sangat, the Rising Gardens Film Festival aims to screen films that encourage reflection on its themes while showcasing the work of independent filmmakers. Curated by Reena Mohan, the organizers will screen 55 films over four months. The February edition of the festival was recently concluded and the next edition will be held from 12-15 March.

Reflecting on the journey so far, Kapur spoke about some of the areas where the film club needed to strengthen its presence, saying, “Despite 20 years of doing this [organising screenings], the online world is what has made people eyeball us because people are much more on the Internet and they are seeing the content. Regular film screening in a theatre is what we need to crack. Today, if somebody were genuinely interested, I would like to do 365 days of physical theatre with partnerships across filmmakers, film societies, because I think we need to do that. I think what’s happening in all our worlds is that everybody is trying to do their own thing. If one had the resources, one could do so many film events in partnerships. We have to reach every kind of audience through films.

The reach has been very heartening. We want to reach those who cannot come to the physical screenings that we are organising. I am facilitating giving ideas on the kinds of ways in which you can take the online festival to more people.”

Going forth, the club plans to embrace the hybrid model for film screenings. With a strong social media presence and a dedicated following built over the past two decades, Kapur envisions the club as curating films on social issues for various organisations, while simultaneously opening up spaces for filmmakers to showcase their works.

The Rising Gardens Film Festival organised by the club is currently underway.