The author of Guru Dutt: An Unfinished Story speaks about the celebrated but tortured life of the renowned filmmaker.

Author Yasser Usman’s fourth book, Guru Dutt: An Unfinished Story, focuses on the life and short career of actor-filmmaker Guru Dutt. Usman’s previous books examined the life of stars Rajesh Khanna, Rekha and Sanjay Dutt. This time, he turns his attention to the renowned director who never got his due during his lifetime, and whose life and films are still celebrated today, more than 55 years after his untimely death.

In a telephone conversation, the author spoke about how he unravelled the journey of the filmmaker’s life and what facets about him he wished to explore. Guru Dutt: An Unfinished Story, published by Simon & Schuster, was released in early January; Usman worked on the book for more than two years.

The process was an emotional one for him, and he was writing about an era that he hadn’t witnessed himself. That was a challenge he had to overcome. Usman was enamoured by the filmmaker’s features while in college and saw films like Pyaasa (1957) and Kaagaz Ke Phool (1959) on the big screen.

“[It’s been] something very close to my heart since the time I passed out from college and I was studying about films and I happened to watch Guru Dutt’s films on the big screen," Usman said. "That was [at] one of the film festivals in Delhi. That was sheer magic, watching Kaagaz Ke Phool or Pyaasa, even Aar-Paar (1954), on the big screen. He made very grand films, and they don’t look dated.”

The filmmaker’s short-lived career and disturbed personal life were also points of interest for the author. “What was happening in the film industry of the 1950s and 1960s that he was regularly trying to end his life? He had tried to end his life two or three times before as well. This was the starting point of this, that all of these questions are interesting. A very successful person, who has a bungalow, a professional studio, who is making successful films that people are raving about him, what is the problem? Why does he want to end his life again and again until he succeeded,” Usman wondered.

Usman’s biography of Guru Dutt looks into these and many other aspects of the filmmaker’s life, from his break into the film industry to his courtship with the woman who was to become his wife, singer Geeta Dutt (née Roy), and his associations with the different film personalities of that era.

“Of course, I have written about his wonderful films, the making of those films as well, but more or less it was also to humanize the enigma — what was Guru Dutt the person?” he explained.

Much of the book was completed in 2020, when much of the world was in lockdown. Usman received great insight about Guru Dutt from his 88-year-old sister, painter Lalita Lajmi. “Initially she wasn’t ready because she said she had to relive all those memories. They are painful memories. Throughout the lockdown, we were talking over phone calls and then I met her also,” he said. 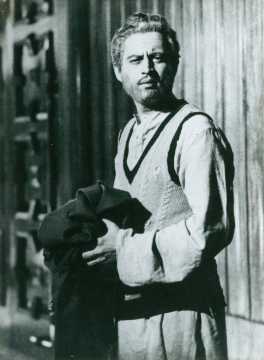 “As a journalist, I was writing about Sushant Singh Rajput and I was covering his case during the day and at night I was writing about Guru Dutt," he recounted. "It had certain uncanny similarities like the CBI [Central Bureau of Investigation] also suggested that Sushant Singh Rajput committed suicide. He was just 34. Guru Dutt committed suicide when he was 39. They were both outsiders, nobody in their families was from films. They did wonderful work. There were parallels, the most important [being] that Sushant Singh Rajput happened in 2020, Guru Dutt happened in the early 1960s. In these 60 or 65 years, nothing has changed in terms of society and how it deals with mental issues.”

Usman’s book discusses these troubled episodes of Guru Dutt’s life, including his second suicide attempt after which he did see a psychiatrist, but nothing further was explored. Lajmi told Usman her brother would call her at midnight to speak, but when she reached there, he would not say what was troubling him.

“Later [Lajmi] said, I blame myself. At that time, we were never aware,” he said. Even now, Usman feels there is no proper awareness of mental health issues in the media coverage of celebrities. He added that when Lajmi read his book, she went through those same emotions of the past, thinking she could have saved her brother.

The book comprehensively takes you through several key moments of Guru Dutt’s life, from his formative years in Calcutta (now Kolkata) to his eventual rise as an actor and a filmmaker in Bombay (now Mumbai). Usman said he “wanted to tell the complete Guru Dutt story”.

“My point was to go through as many sources to weave together a complete story. I think that’s how we write history. That was a very simple [plan],” he said. “This was a long research process and when I went to archive, you’ll be surprised to know, there is not even one interview of Guru Dutt. All the [writing] on Guru Dutt, including my book, is through the memories of his associates, as they saw him.”

Besides Lajmi, Usman spoke to his brother. Lajmi helped him out with certain documents and photographs that were essential to the book. Usman had wanted to meet filmmaker Shyam Benegal, Guru Dutt’s cousin, but couldn’t. He also missed out on a meeting with the late journalist Raju Bharatan who knew Geeta Dutt well. The two had spoken on the phone. Raju Bharatan died in February 2020.

“What I wanted to do was go beyond that part, that was just one part of his personality,” he said. “We can say very easily that he is a filmmaker so we can talk about his films, but his cinema was intensely personal. What happened in his life, that’s what they were showing in his films. If you read the book, you will realize that Pyaasa was inspired by his father’s frustration, because his father was also a writer. Kaagaz Ke Phool was based on his life. [Music director] SD Burman [told him], don’t make this film Guru, this is your own life.”

Usman pointed out that Guru Dutt’s output in cinema accounted for only around 13 years of his life. There was so much more we were yet to see. Moreover, he was surprised that the media at the time did not really write about him.

“[Pyaasa] was a successful film, a super hit film as well as a critical success. But there was not much coverage of Pyaasa except for two or three reviews. He wasn’t on any cover of any film magazine. There was no coverage of Guru Dutt when he was alive. It happened 20 years later and it is sad. Now we celebrate his films, now I want to write his story and I did. But when he was alive, there wasn’t much coverage. Maybe he was considered an outsider, maybe he was lonely and never wanted to talk to the media, but no one can know the complete truth,” Usman said.

“I repeatedly say that he was a commercial mainstream filmmaker, and except for Kaagaz Ke Phool, all his films were successful. So this is a brilliant track record as a successful filmmaker also. We only talk about Guru Dutt the artiste. He balanced the commerce and art brilliantly. He was devastated after Kaagaz Ke Phool. He said, I’ll never direct again and he never did. But within seven months, he made the film which was his biggest success, Chaudhvin Ka Chand (1960). That’s an outstanding comeback. No one talked about that aspect,” he remarked.

Asked what questions he would have put across to the filmmaker if he had the opportunity, Usman said he would have wanted to know why his cinema was so personal. “If he permitted me, I would have asked him, what’s the turmoil inside you? But I don’t know as a journalist if he would have shared [what was] inside.”

Usman said he would have also wanted to know more about the filmmaker beyond his films. “In an era when Dilip Kumar, Dev Anand, Raj Kapoor were doing different kinds of cinema, what was his thinking? What was his take on the politics of those times? Because his films were anti-establishment in their own way. He was very modern in his thinking, but at the same time, if you talk about his personal life, he was not very happy his wife was singing outside his banner after marriage. So that’s kind of a strange dichotomy in his personality.”