The artiste has played a wide range of characters, from a placid paedophile in Monsoon Wedding (2001) to a hapless non-resident Indian in Phas Gaye Re Obama (2010).

As soon as you lay your eyes on Rajat Kapoor on screen, his urbane, sophisticated demeanour never fails to register. Actors with such a powerful presence usually take up a particular kind of role repeatedly and end up getting typecast. However, this hasn't been the case with Kapoor, who has wowed audiences for two decades now in various avatars.

After getting noticed at the turn of the millennium, the artiste has played a wide range of characters, from a placid paedophile in Monsoon Wedding (2001) to a hapless non-resident Indian in Phas Gaye Re Obama (2010).

As he completes six decades on this planet today, Cinestaan.com highlights six of his best performances.

Mira Nair’s acclaimed drama is centred on a traditional Punjabi wedding that is being organized in Delhi. Naseeruddin Shah and Lillete Dubey play the parents of the bride Aditi (Vasundhara Das), but it is Kapoor who makes a lasting impact with his character Tej Puri.

Puri is a relative of Shah's character Lalit Verma, and the latter is indebted to him for assisting the family financially in its time of need. He appears to be a thorough gentleman. So it comes as a shock to the audience when, much later in the film, it learns that the unassuming Puri secretly molested Shah’s other daughter Ria (Shefali Shah) repeatedly when she was a child. 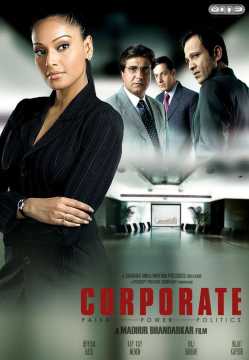 Kapoor’s reassuring and warm persona has worked in his favour whenever he has played a character with a dark side. In Corporate, he played businessman Vinay Sehgal, head of a firm that manufactures a soft drink which is revealed to be toxic.

Though Kapoor, as the executive, appears well-mannered and cultured, there are times when the mask slips, revealing Sehgal's ruthless side. In one such scene, the character declares in a meeting that he has no qualms about purveying the soft drink despite its pesticidal nature since people in India are used to drinking "even sewage water".

Sehgal’s darkest moment arrives at the end when he gets Kay Kay Menon's character, who is a thorn in his side, eliminated.

When you think of Sagar Ballary’s Bheja Fry, the first name that comes to mind is Vinay Pathak's. And why not? The actor was at his hilarious best in the film as the simpleton Bharat Bhushan. However, the movie would have been incomplete without the excellent Kapoor, who played the wealthy Ranjeet Thadani.

Kapoor’s performance as a music producer who is hilariously out of his depth while dealing with Bhushan's weirdness ensures laughs throughout the film. At times, his raw rage also makes for great comedy. The moment where he scolds Pathak’s character when he translates the Hindi word ‘tharki’ as ‘nymphomaniac’ takes the cake.

The actor also successfully showcased his serious side when his character makes amends with Anant Ghoshal (Milind Soman), the ex-boyfriend of his wife.

This film by Pryas Gupta was released with virtually no buzz and sank without a trace in the theatres. It is also not available for viewing anywhere online. Therefore, Kapoor’s brilliant performance has gone unnoticed, quite literally.

The film revolves around Siddharth (Kapoor) who is released from prison after completing his sentence. He starts writing a book to try and make a fresh start. However, the bag containing his manuscript gets exchanged with someone else’s bag, which is full of money.

The film attempts to delve deep into the psyche of a man who has just been released from prison and largely succeeds because of Kapoor’s performance. Thanks to his impeccable ability to express himself through body language, he paints a deeply sympathetic and thoroughly believable portrait of an ex-convict and his grim world.

Early in Subhash Kapoor’s satire, Rajat Kapoor’s character Om Shastri comes across as a helpless, debt-ridden non-resident Indian (NRI) who comes to India to generate some funds and ends up getting abducted.

But we eventually witness another side to the character once he, out of sheer desperation, cunningly makes a deal with his abductors led by Bhai Saheb (Sanjay Mishra). From here on, throughout the film, Kapoor switches between helplessness and shrewdness. For an actor of his calibre, the transitions were seamless, seeming like child's play.

Hansal Mehta’s Scam 1992 will go down as the web-series that showcased the prodigious abilities of Pratik Gandhi, who knocked it out of the park with his take on the late stockbroker Harshad Mehta. The series had a long list of supporting artistes.

Among them was Rajat Kapoor, who appeared in only a few episodes but made a lasting impact with his portrayal of joint director K Raghavan of the Central Bureau of Investigation, nicknamed ‘Bofors' Raghavan for he had investigated the arms-deal political scandal.

Tasked with probing the politically sensitive case, Raghavan comes across as a quiet individual thanks to his calm exterior. But when he goes about his business, he showcases an unflinching, clinical brutality in achieving his objective.