We have not really made good horror films in Hindi cinema, says Vishal Furia


The writer-director talks about his love for the genre and his latest release Chhorii (2021).

Writer-director Vishal Furia’s Chhorii (2021) is a horror film with a difference, weaving in the horrific social evil of female infanticide and violence against women that takes place in our country every day even today. The film, which was released on Amazon Prime Video, is based on the filmmaker’s own debut Marathi horror film Lapachhapi (2017).

Counting the works of Jordan Peele, James Wan and Guillermo del Toro among his inspirations, the filmmaker discussed his love for the horror genre in an exclusive interview with Cinestaan.com.

Speaking of his fascination with horror and weaving the portrayal of a social evil into it, he said, “I think it is a genre that leaves the maximum impact on the viewer. I believe it is always easy for a person to name their top five horror films than to name them from any other genre because once you have been scared to such a degree, it remains with you forever.

"So if I have to talk about this social evil, which itself is horrific in nature, I think the horror genre would do the best justice to telling this message, which is why I chose the genre, so the message and the impact remain with the audience.

Furia said he had received a lot of positive feedback for his film. "I can see that people have registered the message and that is the bigger idea in doing this film — to drive across the message of female infanticide as well as violence on women, the atrocities and the kind of treatment women have to go through, the kind of hardships they have to bear in different degrees. I think that message needs to be driven across and horror is the genre that puts across that message,” he said.

The inspiration for the film came to Furia quite organically. “When I was transitioning from the broadcast industry towards making a film, I was thinking what would be a different kind of story that I can offer the industry," he said. "That is where I thought I could make something in the horror genre because the genre has been quite underserved and abused in the Hindi film industry.

"We have not really made good horror films. We have messed them up with 'Bollywood' tropes... so it [Chhorii] started with that thought. And when I started writing a story, the stories that I heard about women experiencing female infanticide — knowingly or unknowingly those kind of stories I have been hearing since childhood — that organically came into the story. and my mother having a strong impact on me, I think that always helps me to relate to women more, so it came organically. At some point I felt that I need to tell this [story] and this is the right way to tell this.”

While the landscape of horror films in Hindi cinema has been changing gradually, with more experimentation taking place in terms of narrative, there remains a hesitation in wholeheartedly embracing the genre. Reflecting on this, Furia said, “Horror has been considered a B-grade genre because of the kind of horror films that we have made, muddled up with 'Bollywood' tropes and song and dance, with a fair amount of sex, which is why it got a little abused.

"It is also a feedback-based genre. An actor has to completely trust the writer and director for this genre because it is a very treatment-based genre. I would say it is a flight of fantasy in that sense. The director clearly takes the centre stage, so when the actor succumbs to a certain director whom he trusts, then the genre will probably flourish.

"That is probably why there is a hesitation, because not many directors have stepped in to make a good film. From the directors’ point of view also there is a certain hesitation.” 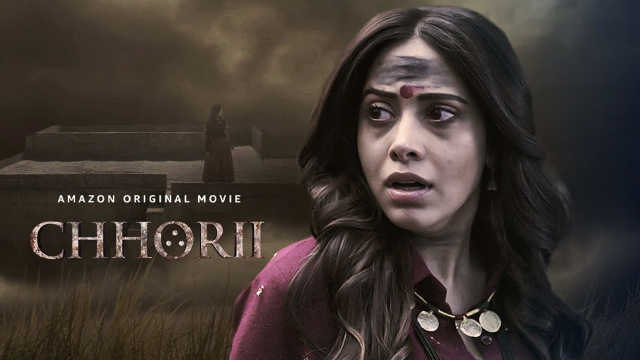 Furia spoke about the casting of the film and what led these artistes to come on board. “Nushrratt and I had met three or four years back and had a conversation about another project," he said. "That project did not happen, but we both understood that we are both hungry to prove something. She wanted to do something different from the kind of roles that were being offered to her and I wanted to use this genre to tell a different kind of story.

"So I think both of us wanted something and that is where we were both in synch. I think she completely trusted me and the process of working with her was smooth. She completely gave herself to the character, to the film and to my treatment. I think it was a lovely process, which is why I said that trust is very important.”

“Mitaji had worked with me in Criminal Justice before, so she knew my style of working. We had a lovely run while shooting that series. That experience helped her take her decision. She also trusted me with the genre and my direction and added so much more from her side. It was lovely to have her for that character.”

About the decision to release the film on an OTT platform, Furia said it was propelled largely by the COVID-19 pandemic. “When we made the film, we had not decided where we will be releasing it," he said. "Eventually, because of the COVID situation, at some point we decided that we did not want to release in theatres because we did not want audiences to put their health at risk. I would rather they get scared by my film than the health scare!”

The digital release has ensured that a wider audience gets to watch the film, he said. “I am very heartened by the response. People have really appreciated the effort. They have appreciated that they got to see not just horror but something more than just horror, and that was the idea behind doing the remake. So, lots of positive feedback.

"Nushrratt has got amazing feedback for her performance," he continued, "so overall there is a lot of positivity. The idea of spreading the [film] to a wider audience has borne fruit. Prime Video has released the film in about 240 countries, so I am getting feedback from viewers in the US, Canada, everywhere, so overall, it’s a great feeling. I am quite happy.”

Furia’s next, another Marathi-language horror film Bali (2021), is set for release on the same platform this weekend. The film stars Swwapnil Joshi and Pooja Sawant. “It’s a great feeling to have two films releasing in a matter of three weeks,” the director said. He is now working on a crime thriller, which is in post-production.