Was very honest to the material, says Archana Atul Phadke on her film About Love


The filmmaker speaks about her award-winning documentary which has been screened around the world and is now playing on MUBI India.

Archana Atul Phadke’s first feature documentary About Love was screened in the Indian Competition section at the 21st MAMI Mumbai Film Festival in 2019 and received the New Talent award for Best Film at the 2019 Sheffield New Doc Festival before its India premiere.

The National award-winner, who had earlier edited the documentaries Placebo (2014) and Raghu Rai: An Unframed Portrait (2017), turns the camera on her own family for a joyful, intimate look at three generations living in one building that bears the family name.

An alumna of the Berlinale Talent Campus in 2017, Phadke spoke of the long journey of making About Love on telephone from Delhi, where she and her family were happily babysitting the newest member of the Phadke family on a visit.

About Love, which took around four years to film, edit and complete, is set in the heart of Mumbai, and Phadke building — which still stands — bears witness to the inner workings of the family as the members deal with illness, old age and a wedding. The filmmaker shared her feelings about being honest to her material, being conscious on camera, and how the documentary evolved as she kept filming. Excerpts:

What prompted you to make a very personal film as your feature debut?

I think, as filmmakers, our first films are always of subjects that are closest to us. With documentaries, what happens is, you have to commit for a really long time. It’s unheard of a feature documentary getting done in less than two years. I took four years to make my film and it just so happened that I chose the subject closest to me. I was easily able to commit to it also for a long period of time for the same reason. It was something that was important to me.

Did you have any apprehensions going in because the project was so ambitious and also personal?

When I started making the film, I actually didn’t know it would take that long, honestly. I [thought] it would take a year or [so]. I never knew that it will take more than that time. Of course, I had apprehensions because the moment you turn your camera on yourself or your family, you’re like, ‘Oh my god, I’m going to expose my family to the world!’ You put the film out there, however small that world might be. But it was very difficult. Every day I was shooting, I was wondering if I should be doing this and not be doing that.

In an impromptu moment, your brother Rohan turns the camera on you for an interview. Was it your intention to stay out of the film initially?

My parents and all were very comfortable with the camera. Somehow, even I was very surprised that how are they so comfortable. But I think our generation is very conscious of the camera and what [it is] capable of. If you have noted, even my brother wasn’t very conscious, but kind of. Even my sister [Sagarika], she was aware of it. My parents and my grandparents, they didn’t know what’s happening. They were not aware of the camera at all.

With our generation, we are very conscious of the camera. When my brother turned the camera on me, I suddenly became, ‘Oh, this is happening now! What can I do?’ The whole time inside I was thinking that I might be off in my behaviour, but whatever answers I give for the questions have to be super honest. Because that is something that is important for the film.

When he asked me why don’t you ever want to get married and I said, I don’t want to ever be like Mom, that was a very revealing moment for me also. It just came out very impromptu. 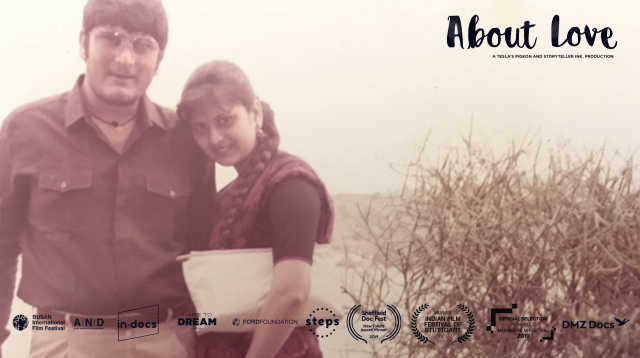 Before you began, did your entire family consent to the filming?

When I started filming them, my idea was that their whole world is just this apartment. My apartment building doesn’t have an elevator, so my grandparents can never leave the house, because they are not very agile. They can walk but climbing stairs is a once-a-year kind of affair. So I thought it’s interesting that this couple would never leave the four walls of this house, what is their relationship like? That was my starting point.

Because I was observing my grandparents, suddenly my eyes opened up to my parents’ relationship also. This might become an interesting addition to the story. And then my brother got engaged. So that kind of organically came into the story as well.

You had around two to three years of footage. What was the editing process like?

I had like 400 hours of material! That was a lot. I was actually shooting everything, in a way. But also I knew that I’m over-filming in lots of situations, but also while editing, you want the options.

I’ve always been an editor, so my material was very organized. I didn’t have a very difficult time later on. But the idea was to be honest. As filmmakers, we tend to bring our own flourishes into things. In a sense, you will add a piece of music to create emotion, or you will cut it in some other way just to create, again, some sort of emotion. I, as an editor, strictly stayed away from it, which was again very difficult for me.

In a film like this, I thought it has to be as pure as possible. I used very less cutting. I let the shot go on as much as it could. I never cut it with some random shot which actually didn’t belong there. I was very honest to the material. There were some rules I made as an editor; that’s the only way I can be as true to the story as possible, because editing any way makes something untrue.

Right, because you are presenting it the way you are wanting it to be seen.

In that presentation also, I wanted to stay as close to the actual events as possible. 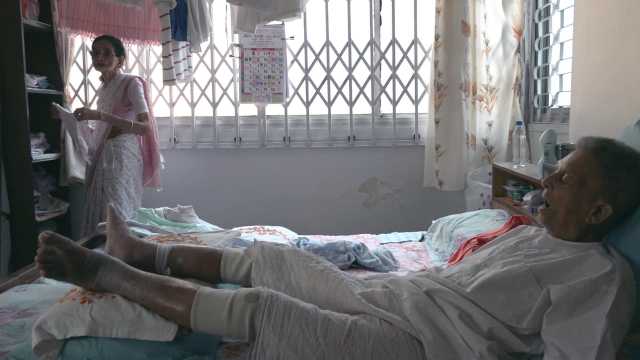 During the making, did you consult anyone on the footage and edit? What kind of feedback did you get?

I have been working with this partner of mine for a long time, Abhay Kumar. I worked on a film with him before called Placebo, which was set in Delhi. That also took us four years to finish. That was a film I edited and produced, so he was an editor-producer of my film. We kind of just interchanged roles. It’s good that I have a working partner because it’s so important [to have] somebody you trust. Plus my film was funded from a lot of organizations outside so I had a lot of European experienced documentary filmmakers as my mentors. I was able to constantly have a dialogue with a mentor.

I’m working on two projects right now. They are in the development stage. It actually took me one year to just get over my film. One is a short, both are fiction. One is a feature fiction which is about the underprivileged farmers of the Beed district in Maharashtra. It’s about the relationship between a small boy and a dog that he babysits.

Plus, I’m supposed to go for a fellowship to Berlin for three months, [from] February onwards, to develop these projects.