There is no training you get on how to deal with a terrorist attack, says Tina Desai


The actress speaks about the challenges of filming the Amazon Prime Video web-series Mumbai Diaries 26/11, the audience’s response, and why she chose her character Ananya.

After being a part of international projects like The Best Exotic Marigold Hotel (2012) and the Netflix series Sense8, Tina Desai had a chance to playing a very different character on Amazon Prime Video’s Mumbai Diaries 26/11. The Hindi web-series, co-directed by Nikkhil Advani and Nikhil Gonsalves, looks at the 2008 terror attacks that primarily targeted hotels and public places in South Mumbai.

The fictional show is set in two places, a government hospital and a luxury hotel. Desai plays Ananya Ghosh, a hotel employee who is supervising a doctors’ conference when terrorists invade the Palace Hotel. Her estranged husband, Dr Kaushik Oberoi (Mohit Raina), holds down the fort as head of surgery at Bombay General Hospital where the numerous victims are taken after the attacks. 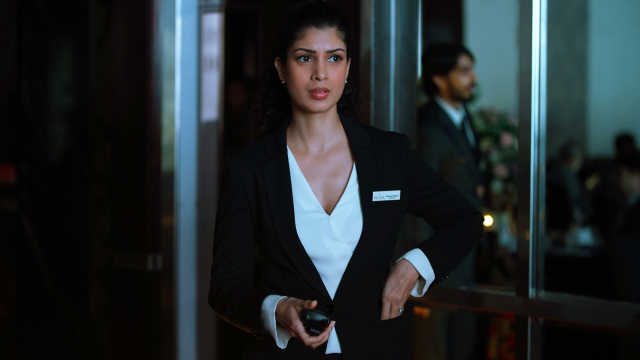 In a telephone conversation with Cinestaan.com, the actress got animated speaking about her first Indian web-series. Desai knew series creator Advani beforehand but was meeting him professionally for the first time.

She recalled, “I went for the meeting and he was doing something about 26/11. I know he is very good with this genre and knows how to make stuff that’s hard-hitting. He told me to look at the script and choose between two characters. I found [Ananya] more heroic. She has her own little standalone story. I liked the fact that the entire weight of that story would fall on my shoulders, because the hospital does have about 10 or 15 characters.”

As the series is based on a real-life event, the actress looked at a lot of accounts from that day to prepare for her role. Desai wasn’t able to speak to the person on whom her character is loosely based as she was in Dubai.

“I had ample information at my disposal,” she said. “There are multiple books on the subject. They had accounts from all angles, the state department, the police department, the hotel people — the staff, the survivors, family who lost members at the hotel, people at Leopold [etc]. Plus if you just go to YouTube, you will get tons of interviews from survivors, the staff, from their hiring policy because it was such a talked about incident.”

The actress said the show’s writing was so tight she just had to build on what was already on the page. The show included a real incident from the day where the hotel staff was worried about the alcohol running out as everyone was so stressed when they were holed up inside.

In a social media post, Desai said Ananya was a character that was going to stay with her and stated that the character hadn’t changed her but inspired her to be more like Ananya.

“I like the qualities of the girl whose personality my character is based on,” she elaborated. “When given a choice, she actually puts her life on the line to save all of these guests who are strangers to her. There is no training that you get of how to deal with a terrorist attack. She has the presence of mind and the intelligence to be able to do it.”

Mumbai Diaries 26/11 even adds a touch of sexism, as one male doctor at the conference questions Ananya’s authority to lead them during the crisis. It was a last-minute touch, the actress confessed, that ended up working well.

Desai didn’t get to interact much with the rest of the main cast that included Konkona Sensharma, Satyajeet Dubey and Mrunmayee Deshpande whose storylines all revolved around the hospital.

“The only time I interacted with them was when I was at the reading, so I got to hear [them] and got to [know] what each one would be doing in their roles. But I always knew I would be in the hotel and enjoyed the fact that I was going to be the torch-bearer of that story,” she said.

“I had to do it proper justice, because otherwise I would end up being the weak angle, because that is the only time you leave the hospital,” Desai added. “But I did have this one day at the end when I come with the ambulance [to the hospital], so I got to hang out with all of them for a bit. I was very comfortable in my corner, doing my thing.”

Back at the hotel, Ananya knows the place inside out, so she devises a way to sneak out certain sections of the guests through the back hallways. Filming those scenes, knowing the terrorists could find them at any minute, were quite challenging.

“When I was [filming] the high stakes scenes, where I’m going out and hearing the gunshots, and I’m trying to bring order to the room, those were very [difficult], so it was very important for me to maintain that intensity," she said. "[It had to] stay fresh and authentic and not become mechanical in terms of continuity.”

Luckily, the scenes were filmed in long takes, from start to finish, which allowed the artistes to remain in the zone for their performances. Mumbai 26/11 was largely completed before the COVID-19 pandemic struck and the team had only a few days of patchwork to be completed with all the precautions later.

After the show was released, Desai said the response from everyone was great and the team was enjoying the fact that the series had been appreciated. 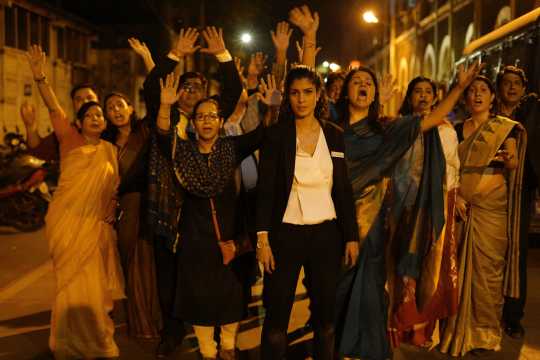 “There are so many people who have messaged me and said I’ve experienced the attacks or unfortunately lost people in the attacks, and [that] the show has done justice and it’s a creative compliment that they know it firsthand. People who weren’t there exactly, they still feel the creepiness of that day, and they feel like the story has been told from a different perspective,” she said.

Desai, who will be seen in the Abhishek Bachchan-starrer Bob Biswas (2021) this weekend, also said that she will be in the Hindi remake of the BBC series Guilt by Applause Entertainment. The show, directed by Shaad Ali, features Jaideep Ahlawat and Mohammed Zeeshan Ayyub as brothers, along with Shruti Seth and Mugdha Godse. The Hindi adaptation was shot in a bio-safety bubble in Ooty, Tamil Nadu, as the picturesque town was largely COVID-free.