30 years of Saudagar: How Dilip Kumar and Raaj Kumar were cast in the Subhash Ghai film


The generational family drama and love story was released on 9 August 1991.

Subhash Ghai’s Saudagar (1991) was an ambitious undertaking. Not only was the feature launching two new faces, Manisha Koirala and Vivek Mushran, but the filmmaker was also attempting to cast two screen legends together who hadn’t shared screen space in over three decades.

Ghai had already worked with Dilip Kumar on two features, Vidhaata (1982) and Karma (1986), but he had never worked with Raaj Kumar before.

The film, which was co-written by Ghai, Sachin Bhowmick and Kamlesh Pandey, told the story of thick-as-thieves friends Raju (Raaj Kumar) and Veeru (Dilip Kumar) whose friendship is seemingly broken forever after an unfortunate incident involving Veeru's sister Palikanta. 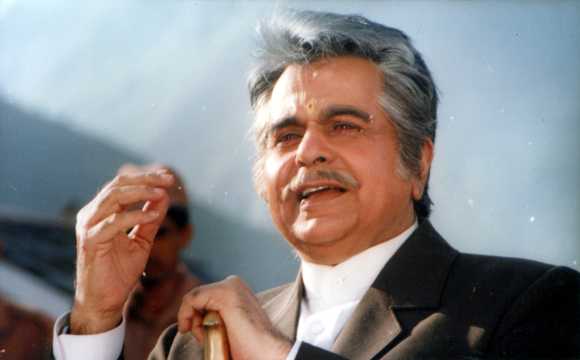 The two become foes and stay away from each other, until their grandchildren, played by Koirala and Mushran, meet and fall in love without knowing the other's identity. The former friends are brought together by their progeny, but not before villains with vested interests try to make sure they never reconcile.

In his autobiography, Dilip Kumar: The Substance and the Shadow, the veteran recalled how Ghai came over to his home in Bandra to discuss the role.

“He briefed me about the interesting plot revolving around two thick friends that he was developing, I could see that that he was slightly fidgety and he was waiting for the right moment to say something that was on his mind,” he wrote. “Sure enough, he came out with it when he was about to leave. He told me rather nervously that he had the veteran Raaj Kumar in mind to play my friend who turns hostile in the dramatic twist that would surface in the critical juncture of the plot build-up.” 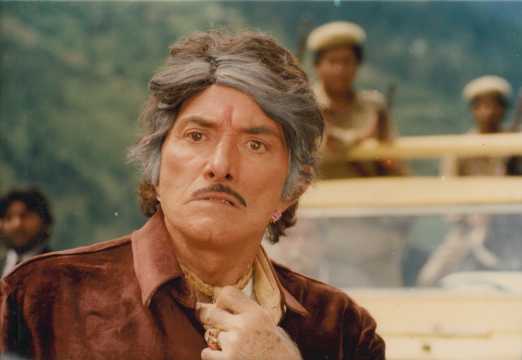 The writer-director was nervous that the thespian would turn him down. The actor continued, “Apparently, he expected me to react adversely. I eased his mind by telling him it would be a pleasure to work with Raaj and I had quite enjoyed his company whenever he was on the sets of Paigham (1959). Instead, I suggested he should ask Raaj if he welcomed the idea of working with me. Smiling naughtily, Subhash said he had already spoken to Raaj, who was looking forward to working with me.”

The drama was shot on several outdoor locations in the Kullu valley in Himachal Pradesh and in Mahabaleshwar in Maharashtra where the two confront each other dramatically.

Dilip Kumar also knew that the press at that time was looking to see if there was any conflict between the two veterans as they had only worked together once before. But the Devdas (1955) actor said that there was no enmity between them during the making, though “Raaj was different from most of us actors of his age”.

Calling him a ‘thinking man’, the legendary actor also stated that Raaj Kumar preferred to be alone. He said, “He was known for idiosyncrasies and eccentricities, but I found him always very normal and gentlemanly. He was among the many friends who arrived early at my house on the day of my nikaah [wedding] with Saira [Banu]. When Saira and I invited him to our silver wedding anniversary, he came to attend the party with his wife but seeing the large gathering of film personalities, he left quietly without meeting us. He was perhaps not keen to mingle with the others. He left a gift for us, a beautiful silver platter with an inscribed message: To Lalay and Lalay ki Jaan, many happy returns!”

Raaj Kumar: The prince among men

Saudagar’s mahurat took place at the erstwhile Centaur hotel in Mumbai's Juhu where everyone from the cast of Ghai's Ram Lakhan (1989) to politician Bal Thackeray was in attendance.

Amitabh Bachchan kicked off the proceedings with the clapperboard. Anupam Kher, Raaj Kumar and Dilip Kumar all enacted a charged scene in front of the assembled guests. Later, the two veterans shook hands as they started off the project.

The casting coup paid off and the film celebrated with a silver-jubilee run all over India and a golden jubilee in Mumbai. Unfortunately, Saudagar also marked the last time Dilip Kumar and Raaj Kumar worked together.