Here are five versions of the poet and philosopher’s works from the past two decades that showcase his consummate artistry and champion his ideals.

It is often said that there is no human emotion that Rabindranath Tagore (1861-1941) fails to evoke in his colossal oeuvre, which comprises art, poetry, songs, short stories, novels, plays and essays. Though a romantic at heart, the visionary could never detach himself from the socio-political realities of his day and age. A humanist to the core, Tagore’s impeccable artistic instincts, vulnerability and probing nature engendered a treasure trove that possesses eternal relevance in terms of historical, philosophical and social significance.

For these reasons, the Nobel laureate has been the primary fount of inspiration for Bengali filmmakers, who found their own unique voice through his works. While the golden age of Bengali cinema boasts of cherished adaptations such as Tapan Sinha’s Kabuliwala (1957) and Satyajit Ray’s Teen Kanya (1961), Charulata (1964) and Ghare Baire (1985). In recent times, Tagore's relevance has been made manifest on celluloid on multiple occasions.

Here are five adaptations of the poet and philosopher’s works from the past two decades that showcase his consummate artistry and champion his ideals. 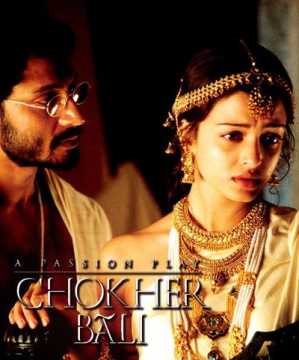 In the history of Bengali cinema's Tagore adaptations, Rituparno Ghosh’s Chokher Bali marks the beginning of a new era. Released a century after the novel was written, the film masterfully re-told the story, which was controversial at the time for investing the character of a widow with spiritual and physical autonomy in the backdrop of the emergence of women's education and the Swadesi movement. Ghosh not only retained the complexity of the characters but allowed the audience to experience an epochal period with meaningful and wholesome cinematic composition and a background score that invoked the romantic spirit of the bard.

Chokher Bali also boasts one of Aishwarya Rai Bachchan's finest performances as the conflicted Binodini, a tragic figure who amplifies the pulse of the early 20th century. Prosenjit Chatterjee, as the egoistic and self-centred Mahendra, scripted a new chapter in a career hitherto synonymous with commercial entertainers. 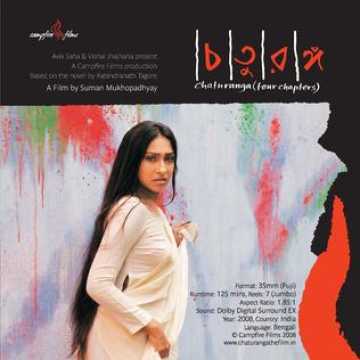 Suman Mukhopadhyay faithfully adapted the deeply philosophical novella of Tagore, which was published at a crucial juncture when the poet had received international recognition as Asia's first Nobel laureate, but at the same time had started questioning his own beliefs about faith, religion, morality and desire in the backdrop of the seminal catastrophe of the 20th century that was World War I.

Starring Rituparna Sengupta, Dhritiman Chatterjee, Subrat Dutta and Joy Sengupta, Mukhopadhyay’s Chaturanga depicts the journey of the central character, Sachis (Dutta), from radical positivism – the view that facts are the basis of science – to religious mysticism. Though not experimental in terms of form, the film was imbued with the lyrical narrative of its source and packed with Tagore’s own compositions, Beethoven’s symphonies and Vaishnava and Sufi hymns.

In order to highlight the dichotomy between morality and desire, Mukhopadhyay brought sexuality to the forefront, unlike Tagore, who instead projected an idealistic vision in order to underscore the conflict. While the filmmaker stayed true to the characterisations of the widow Damini (Sengupta) and Nanibala, an abandoned mistress, both of whom disrupt Sachis’s sense of complacence while espousing both extreme ideals, his decision not to place the female characters in a modern context has been criticised by some. 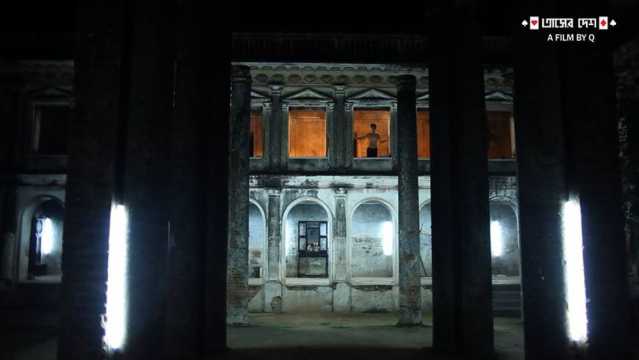 An admitted deconstruction of Tagore, Qaushiq Mukherjee’s Tasher Desh is perhaps one of the most unconventional and audacious cinematic adaptations of Tagore’s dance drama, which critiques a fascist military regime that banishes anyone who dares exercise their freedom of expression. While Tagore used music and creativity as weapons of liberation, Mukherjee’s electro-punk musical aims to break all rules, ensuring change and liberation. The film's music album, designed by Neel Adhikari and the director himself, contains 18 songs, with artists from different genres joining forces.

Superbly shot by Manuel Dacosse and edited by Nikon, Q’s psychedelic drama on social control and utopian revolution is also inspired by the heavily stylised Japanese dance-drama Kabuki. Mukherjee not only made the best use of Tagore's non-linear and metaphor-heavy original content but also amplified the idea of freedom by keeping female characters and the theme of sexual liberation at its centre.

Though far from a typical adaptation, Mukherjee also showcased the evergreen nature of Tagore’s works,

Tasher Desh is being streamed on Netflix. 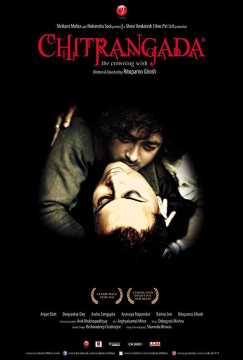 Though inspired by Tagore’s dance drama based on the story of Chitrangada, the Manipuri princess and one of the wives of Arjuna from the Mahabharata, Rituparno Ghosh’s film is an extremely personal film. In Tagore’s Chitrangada, the titular warrior princess, who was raised as a son, reclaims her femininity when she falls in love with Arjuna and asks for recognition as a princess when the latter wishes to marry her.

Ghosh’s film, on other hand, is one of his significant works from his trilogy, which also comprises Aarekti Premer Golpo (2010) and Memories in March (2011), in which he boldly came out and projected ideas of gender fluidity.

In the film, Ghosh, as the protagonist Rudra, prepares for a stage performance of Tagore’s drama. He then falls in love with Partha, the drummer of his troupe (Jisshu Sengupta). Rudra makes it a point to reclaim his femininity by undergoing gender reassignment surgery so that they can adopt a child.

Both in his reel and real life, Ghosh faced ridicule and controversy in his attempt to shake off the perceptions society had of him as a man. While Tagore took a rebellious stand by advocating equality through the mythical character in the late 19th century, Ghosh uses the writer's work to question prevalent notions surrounding gender and sexuality. Also, Sengupta delivered one of his finest performances to date in the film.

Chitrangada: The Crowning Wish is being streamed on Amazon Prime Video.

In Shiboprosad Mukherjee and Nandita Roy’s Muktodhara, dance teacher Niharika (Rituparna Sengupta), who works with the inmates of a correctional home, decides to stage Tagore’s 1881 dance drama Valmiki Pratibha with them. The drama tells the story of a robber chief, who with the blessings of the goddess Saraswati abandons bloodshed and eventually turns into the greatest poet of all time. In the film, Yusuf Mohammed Khan (Nigel Akkara), who is convicted for murder, is roped in to play Valmiki, and eventually transforms in the process of getting into the skin of the character under the mentorship of Niharika.

Interestingly, Akkara, who almost enacts his own life story as Yusuf. Accused of kidnapping and 18 other charges, Akkara attended a dance workshop of noted danseuse Alakananda Roy, while staying at a correctional home, and eventually played the part of Valmiki in Roy’s stage production, which caught the attention of the filmmaker duo, who decided to turn the entire journey of Akkara into a film, while infusing fictional elements in both Akkara and Sengupta’s characters.

In his television series Stories by Rabindranath Tagore (2015), Anurag Basu picked short stories with bold female characters. With the intention to make the younger generation more aware of Tagore’s vision and revolutionary ideas, Basu presented his own interpretation of the stories and added a strong dose of music to all of them. While he successfully recreated colonial Bengal in the production, he also provided a platform to promising talents such as Radhika Apte, Chitrangada Shatarupa and Sumeet Vyas.