The filmmaker’s autobiography, co-written with Reeta Ramamurthy Gupta, reveals the long struggle behind the success of his features.

Rakeysh Omprakash Mehra has directed seven feature films so far and in his autobiography, The Stranger in the Mirror, published by Rupa Publications, the filmmaker has revealed the behind-the-scenes story of how they were finally made.

The director also shared his personal life story of growing up in the staff quarters of New Delhi’s Claridge’s Hotel, his stint in the advertising world with ads for Swaraj Mazda T-3500, Hero Honda CD100 and BPL Sanyo featuring Amitabh Bachchan, his courtship with wife PS Bharathi, and his travails as a director. 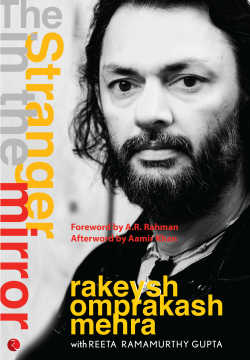 Along with co-writer Reeta Ramamurthy Gupta, Mehra reveals how he and his collaborators were able to put together the films that we know and recall so well now. Here are some of the best anecdotes that stand out in the book.

The filmmaker wanted to set the feature in the city where he spent his childhood, with the city almost like a third character. While walking with scriptwriter Kamlesh Pandey for the project, they came across a fight which inspired the film's title.

He writes, "One boy was getting beaten up by three others. That's when he said, 'Haath na lagaeeyo, Delhi-6 ka launda hoon' [Don't you dare touch me, I'm a Delhi-6 lad.] The way the boy said that, despite being outnumbered, spoke of his attitude and identity that screamed with pride, a power that came from belonging to Old Delhi." 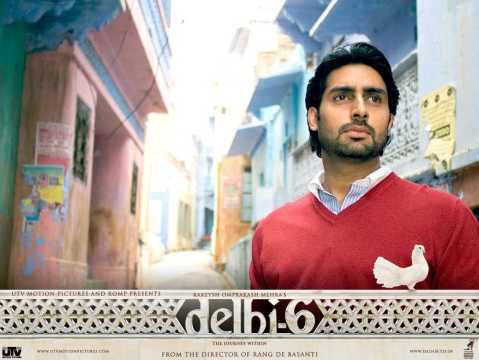 Six months after the release of Delhi-6, Mehra worked on the film again, "shooting a new beginning and modifying the ending". The new version was taken to the Venice International Film Festival. Mehra refers to it as the 'Venice Cut'.

Lead actor Abhishek Bachchan recalled, "Rakeysh added a masterstroke, with dad himself playing my dadaji. In the end, I meet him in heaven after I am shot dead. He asks me to 'go back' because, in the middle of chaos, there's a hope that 'India actually works'. 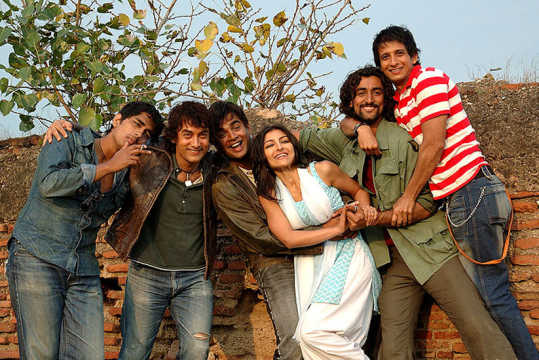 “Bharathi had seen the Tamil film Boys, starring Siddharth, a couple of months before the shoot, and his energy and unique combination of innocence and naivety came through," Mehra writes in the book. "She thought he could pull off the conflict in Karan’s character well.”

Siddharth signed on for the project a month before shooting began. It was his first Hindi feature.

Meanwhile, R Madhavan, who was working on the Tamil film Thambi (2006), had shoulder-length hair. He, too, was offered Siddharth’s part but couldn’t take it up because of Thambi. Instead, Mehra offered him the role of pilot Ajay Rathod, which only required eight days' shooting. The crew made him a wig costing Rs70,000 to cover his Thambi look.

4. To make sure Rang De Basanti got made, Aamir Khan included a clause in his contract that Mehra would pay him Rs8 crore (double his fee) for defaulting. 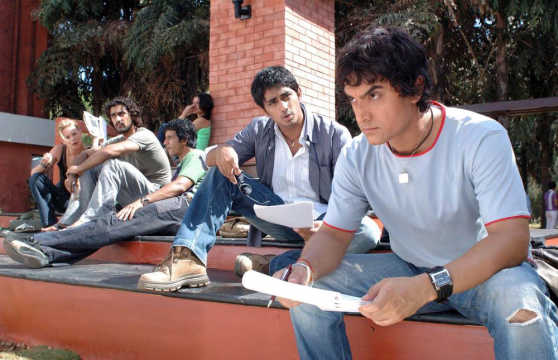 Although the feature had everything lined up in place, from cast to crew, there was an issue with the finances before they went to shoot. Aamir Khan, who had already given his nod for the film, was getting offers for other roles, and he warned Mehra that the film might not get made if he backed out.

Mehra writes, “To keep me going, Aamir sent me a text message — the same one I had sent him earlier as his character brief for DJ: There are two primary choices in life. Either you let things be the way they are. Or take responsibility for changing them.”

The filmmaker got the other initial producers, Angad Paul and Nilesh Dadhich, to relinquish their rights and got UTV with Ronnie Screwvala on board. The ball began rolling and shooting began in February 2005.

For the role of James McKinley, Sue’s grandfather, a young jailor who takes Bhagat Singh, Rajguru and Sukhdev to the gallows, British actor Daniel Craig auditioned through the UK producers David Reed and Adam Bowling.

“Daniel Craig was my first choice, but he requested if we could allow some time as he was also being considered to be the next James Bond," Mehra recalls in the book. "The rest, as they say, is history."

6. Before directing Amitabh Bachchan in his first feature Aks (2001), Mehra had worked with the actor on BPL Sanyo ads and the music video for his album, Aby Baby.

The filmmaker and Bachchan worked on a series of commercials for BPL Sanyo which had the actor interacting with his legendary characters from Anand (1971), Deewaar (1975) and Shahenshah (1988), among others. Later, they collaborated on the music videos from Aby Baby.

The video for ‘Eir Bir Phatte’ featured Bachchan reciting the poem written by his father, Harivansh Rai Bachchan, with music composed by Bally Sagoo. Choreographed by Raju Sundaram, the video featured professional dancers from the London School of Dance.

7. Mehra was to launch Abhishek Bachchan in a film called Samjhauta Express.

Written by Kamlesh Pandey, Samjhauta Express was to have been Abhishek Bachchan's debut film in which he would have played a character called Hassan Sarhadi. It would also have been Mehra's directorial debut.

However, before they were to start the film's first schedule in Ladakh, Abhishek's mother, Jaya Bachchan, informed Mehra that they wanted JP Dutta's Refugee (2000) to be his first film.

"I understood the decision rationally," Mehra writes. "My script involved Abhishek playing a Pakistan-sponsored terrorist in his first film, which was against the grain of how Indian audiences perceived their hero. Our heroes were seldom grey at that time. They were caricatures of an unattainable ideal, defeating evil villains. I was deeply disappointed and crestfallen."

The filmmaker was heartbroken and burnt the script, research, location pictures and costumes in a makeshift bonfire on his terrace. He vowed he would never make the film.

8. Hrithik Roshan, Aamir Khan and Ranveer Singh all passed on the role of Milkha Singh in the biopic by Mehra. 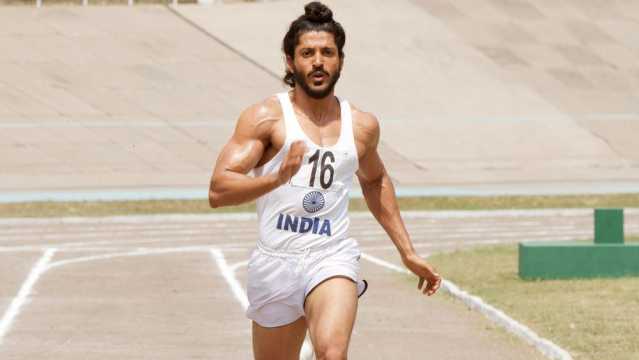 The filmmaker first heard the sporting legend’s story by chance, when a young director Aditya Dhar gave him Singh’s autobiography in Gurmukhi. Once he met the former athletics star and heard his story personally, casting the legend was the hardest choice.

Before Mehra eventually cast Farhan Akhtar in the award-winning role, he sent the script to Hrithik Roshan, Aamir Khan and Ranveer Singh. Hrithik had to pass as he was already committed to his home production with Krrish 3, Khan felt the story was not for him, while Ranveer Singh initially tested for it and was keen but then passed on the part.

After a 15 minute narration, Farhan Akhtar accepted the part. “I was possessed by Milkha,” he says of the role in the book. “I isolated myself from everyone else. I didn’t want to be an actor who was hired to play an athlete. I lived and trained like an athlete, became one, so that it would be easier to act like one. When we shot, I wasn’t bothered about things like will my stamina hold up or will I look like I belong. I trained like a beast to belong.”

9. Sonam Kapoor did a guest appearance in Bhaag Milkha Bhaag for a fee of only Rs11. 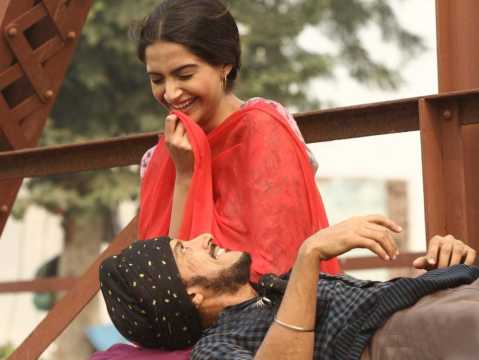 The actress plays Biro, a young woman (and fictional character) whom Milkha Singh falls for as a young man. In the book, Kapoor says of her part, "I’m the tadka [spice] in the film." 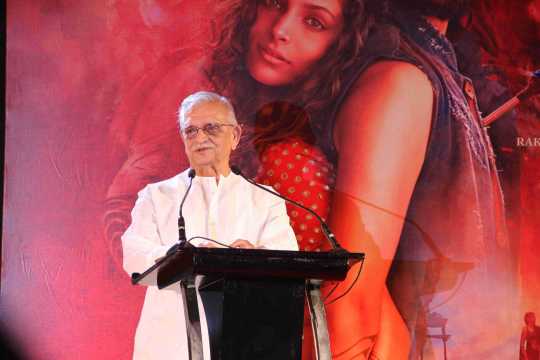 The lyricist-filmmaker has written the lyrics for Mehra’s Aks, Mirzya and Mere Pyare Prime Minister (2019). In the late 1980s, Mehra managed to snag a meeting with Gulzar, without appointment, way before he became a director.

The veteran poet and director talked films with the young aspirant, who promptly asked him to write Devdas for him. Mehra recalls that Gulzar, too, wanted to make an adaptation of the Saratchandra novel at one point. He even shot for the film for seven days before abandoning it.

Mehra writes, “He went on to share that Kailash Chopra, the older brother of actor Prem Chopra, had come on board as producer. Dharmendra was to play Devdas: Gulzar felt that the actor was perfectly suited to embody the perennial adolescence epitomized by Devdas. Regrettably, the shooting got stalled and Devdas remained an unfulfilled dream.”

Gulzar’s previous outing as screenwriter was Hu Tu Tu (1999). In his version of the story of Mirza-Sahiban, there were three worlds, the past and present of a couple, along with a parallel story of gypsy narrators.

11. In the book’s afterword, Aamir Khan reveals that he asked Mehra to finish Rang De Basanti rather than attend his wedding to Kiran Rao. 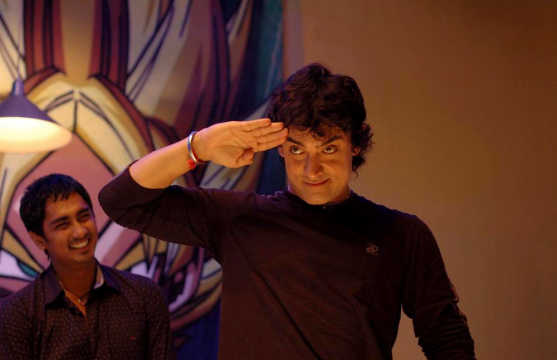 The star writes, “After we finished shooting RDB, I was all set to marry Kiran Rao in December 2005. The funny thing is, I don’t think I have ever disinvited anyone from my wedding, but I told Rakeysh, ‘Tu mat aa bhai! Tu film khatam kar!’ (I actually told him not to come because he was busy finishing RDB for release and Bharathi was editing the film).

He adds, “But their daughter Bhairavi, all of eight years old, represented the couple at my wedding! She and her friend Kasif put together a skit where Bhairavi played Kiran and Kasif played me. It was very personal.”