The Indian Film Festival of Melbourne (IFFM) announced the winners for its 12th edition, held virtually.

The Indian Film Festival of Melbourne (IFFM) today announced the prize winners for its twelfth edition which was held virtually.

This year’s festival boasted an impressive line-up of feature and short films from across the cinemas of India.

Speaking about the winners, festival director Mitu Bhowmick Lange said, “We congratulate all the winners and their teams for making great films that were loved by audiences across the globe. It is about time that we have conversations in cinema and about cinema that are not mainstream and biased. It is time to present the diverse sensibilities through narratives that are ground-breaking and all the winners of the IFFM awards symbolize this fervour of thought.”

The festival also honoured Pankaj Tripathi with the Prestigious Diversity in Cinema award presented by LaTrobe University. Presenting the award, Tripathi's Gangs Of Wasseypur (2012) director Kashyap said, "He is now the first choice for many directors and actors in the industry. It is so good that the world has come to see Pankaj Tripathi become one of the busiest actors in the industry."

Thanking the festival, Tripathi, who was shooting in Ladakh, said, "This award is special for me, I’m humbled — it’s really inspiring for me, my craft. The man who is here to give me this award, he is the one who discovered my talent. So thanks to Anurag Kashyap sir. He is the one who rediscovered my talent. So I’m grateful to you. I’m grateful to all my directors, writers for having me as part of their projects." 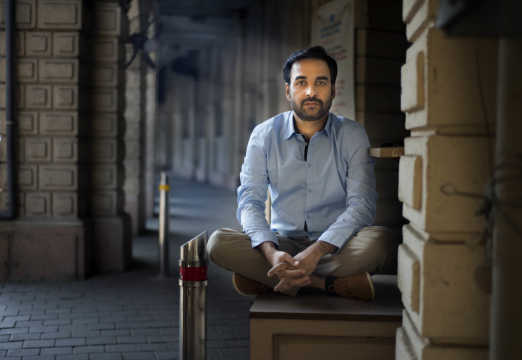 The new award for OTT web-series was split between the second seasons of Mirzapur and The Family Man. Manoj Bajpayee and Samantha Akkineni won the Best Actor (Male) and Best Actor (Female) awards for thier performances.

Bajpayee said, "Cinema or series, both are highly collaborative. It is embarrassing for me to take away the award to myself without mentioning everyone involved. Amazon, Raj and DK, but it’s the writers for the series that make a lot of difference. It’s that team of writers, so thank you to them for giving me the space to become this character."

Samantha also thanked the jury, saying, "To be here amongst such immense talent, I’m grateful and it’s such a huge honour. Thanks to Raj and DK to see past the cute-girl image I have and to give me this role which is so different from what I have done so far. To give me this character that has so many layers and such diverse parts to it, it’s my big dive into OTT and what an amazing show to do it with." 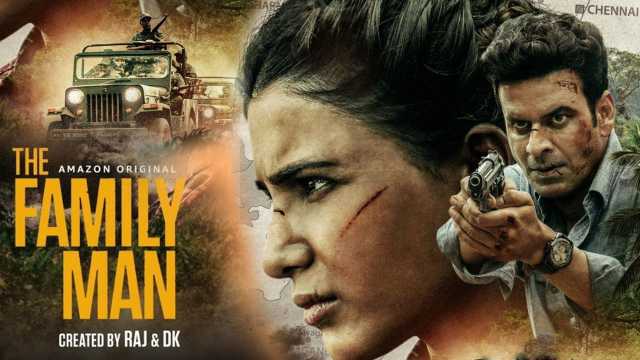 Accepting the award for Best Series for Mirzapur, filmmaker Gurmmeet Singh said, "Overwhelming to be around here with such amazing talent. It’s all thanks to the writers. OTT is their medium and they gave us such amazing content to work with, so all credit to them."

The Best Documentary award went to Shut Up Sona. Accepting the award, singer Sona Mohapatra said, "At a time when the world is finding its feet in this new normal, IFFM was our first outing after the second wave in India. We are grateful and we are looking for better times and hoping to make more music."

Referring to the current political upheaval in Afghanistan, she said, "In view of what's happening in Afghanistan, it is more important to say that. Because the ones who end up holding the shorter end of the stick are always the women."

Director Sriram Raghavan presented the Disruptor award to Sanal Kumar Sasidharan. The filmmaker's Kayattam was screened at the festival in the Best Feature category. Praising Sanal Kumar, Sriram Raghavan said, "I am very happy about this Disruptor award, because we need many more disruptors," adding, "His films also divide people, and I love that."

Accepting the award, Sanal Kumar said, "Cinema is not dependent on the instruments we use. It is a magic which comes together as a collaboration of minds." 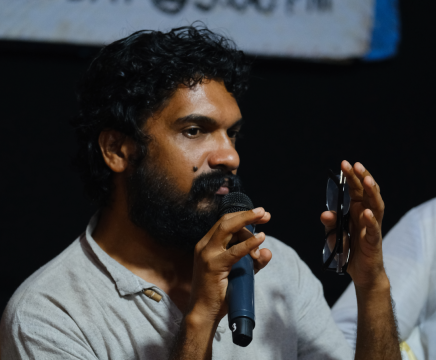 Ajitpal Singh's Fire In The Mountains walked away with the Best Indie Film award. Accepting the award, he said, "Thank you so much for the award. It is an honour, and I dedicate this award to my cousin sister, who is the reason I made this film."

The main awards were dominated by mainstream films with Suriya winning the Best Actor award for his performance in Soorarai Pottru (2020). The film also won the Best Feature Film award.

Speaking on behalf of the crew, Suriya said, "This is the first award I’m getting for this film. This is one of the first films that came to me during the pandemic. Thanks to all the fans who have given us so much love. In my career, I felt bored with what I was doing after having worked for 20 years. So thanks to my director Sudha [Kongara] — this film was her 10 years' dream. She worked four years on writing this film. The character of Maara would not be anything without her."

Vidya Balan walked away with the award for Best Actress for her performance in Sherni (2021). While she was not present, the actress sent a message, saying, "I’m thrilled to be receiving the award for Sherni which was shot during the pandemic. Thanks to my director Amit Masurkar, my producer Abundantia, who pulled out all stops to make this film during these uncertain times."

The jury gave an honorary mention to Nimisha Sajayan for her performance in Jeo Baby's The Great Indian Kitchen (2021). Accepting the award on her behalf, the director said, "Acually, from the beginning in 2017, [when] I have been thinking about this film, the first actor cast was Nimisha."

The festival also introduced a new category for Equality in Cinema, and awarded a prize to Faraz Ansari's short film, Sheer Qorma. It was the first short film to be accepted in the category at the festival. Accepting the award, Ansari said, "The film is dedicated to my mother, and all mothers out there."

The Equality in Cinema award for feature films went to The Great Indian Kitchen, with an honorary mention to Biswajeet Bora's God On The Balcony.

Anurag Basu was presented with the Best Director award for his Ludo (2020), with an honourable mention to Prithvi Konanur's Pinki Elli? (2021). The director thanked the jury, saying, "Humbling to be part of the nominees and to be winning the Best Director [award]. Thankful to Netflix and T-Series. My actors were amazing to stand by me. Such amazing people, my crew, my actors. Such a crazy bunch of people. This award shows us that despite all the situation we are in, cinema will continue to be celebrated."

God On The Balcony

Fire in the Mountains