Will movie halls be able to attract audiences like they used to? When will normal service be restored? Industry insiders and trade watchers hazard their guesses.

Towards the end of 2020, cinema halls reopened, with restrictions, across India after having remained shut since the last week of March because of the COVID-19 pandemic. But just when it looked like they would be allowed to function normally in the first quarter of 2021, the second wave of the pandemic forced them shut again.

COVID-19 has not only hurt the theatrical business, but also ended the run of many a cinema hall, mostly single-screen theatres. Explaining how bad things have been since last year, veteran trade analyst Atul Mohan said, “Around 1,500 theatres have been permanently shut across India [since the pandemic arrived]."

Theatres have now reopened in places like Delhi, Telangana, Andhra Pradesh, Uttarakhand, Rajasthan, Madhya Pradesh, Gujarat, Punjab, Jharkhand, Karnataka and West Bengal. However, there is no clarity yet on the situation in Maharashtra, more so in Mumbai. The city is the biggest market for Hindi cinema and most producers are not keen to release their films until theatres in Mumbai reopen.

In mid-June the makers of the Akshay Kumar-starrer Bell Bottom made a grand announcement of the film's release on 27 July. But as there was no sign of theatres being allowed to reopen in the month, particularly in Mumbai, they pushed the release date to 19 August. The gamble did not pay off fully as theatres in Maharashtra continue to remain shut. But the producers have now decided to go ahead with the release anyway.

Atul Mohan believes that even if theatres are allowed to reopen all over the country, there is no guarantee how long they will be able to operate because the danger of the pandemic still looms. “We are being told things will open up," the trade veteran said. "But there is a danger of the third wave. There is no clarity. Australia and parts of Africa have gone into lockdown again. Earlier, these places had declared themselves corona-free.”

Two movies that are keenly awaited but have been struggling for a release since March 2020 are Sooryavanshi and 83. But the producers of those two films refuse to opt for a digital release. “They are clear that whenever they will be released, it will only be in theatres,” said Atul Mohan. 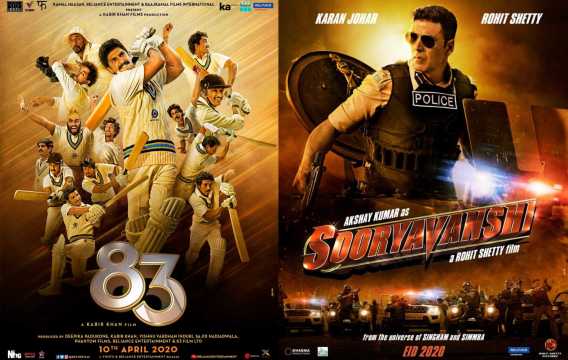 Producer Anand Pandit’s Chehre, which stars Amitabh Bachchan and Emraan Hashmi, too was all set to be released until the second wave arrived. The film is now slated to be released a week after Bell Bottom, on 27 August. Pandit has also been adamant that his film will be released in theatres first.

"The industry has a tremendous amount of resilience and patience and we know that a pandemic is not the right time to take unnecessary risks," Pandit told Cinestaan.com when contacted in June. "I am waiting for the government's directive on reopening of theatres to take a call when to release Chehre."

Unfortunately for him, the government of Maharashtra has still not set a date for theatres to reopen. Market rumours and government sources suggest the reopening will happen in the first week of September and Pandit seems to have decided to take a calculated risk by releasing his film in the last week of August.

Pandit said he aims to help those who have faced losses due to theatres being shut for long by releasing his film in theatres. "The industry is a family that has suffered a lot in this pandemic, but I believe we can survive anything if we stand by each other. Bringing Chehre to theatres is my way of standing by over 10 lakh people associated with the industry in some way or another,” he said, adding that he hopes people turn up in good numbers to watch the film.

But producer Vikram Malhotra of Abundantia Entertainment is one of those who believe it is too early to talk about how audiences will respond when theatres reopen. "Theatres and the exhibition side of our value chain is a critical component of the system; we can’t wait for them to reopen,” he said. “But we are still dealing with, hopefully, the fag end of the second wave and anticipating the third. Life isn't close to being normal. So we should wait and watch how all this settles before we can address, analyse and adopt business models." 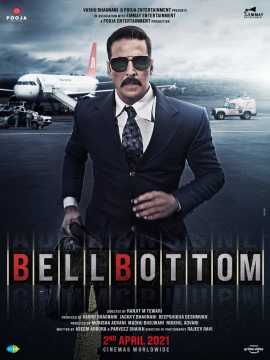 When theatres reopened after the first wave last year, they were allowed to operate at anywhere between 30% and 50% capacity. The same is happening now with only a handful of states allowing full occupancy. But Pandit is willing to accept half capacity. “We are fine with whatever is best for the well-being of the audiences and exhibitors," he said. "We are hoping to bring our film to audiences in a scenario where everyone feels safe in a theatre and can enjoy the big-screen experience without stress.”

Some industry watchers believe big-budget films like 83, Sooryavanshi and even Bell Bottom will be hurt if released when theatres are allowed to function at only 50% occupancy. But Atul Mohan sees it differently. “Normally on a weekday you would see only around 15% occupancy," he said. "So, the business was already going below 50%. The footfalls on weekends would be around 80% if a film is big enough.”

On how producers can make the best of the situation, he said, “There won’t be too many films, so you can book more screens. Earlier if a film used to get two screens in a theatre, it can now get three or even four. You can also release it in more theatres. Earlier if you released your film on 1,000 screens, now you can release it on 1,500.”

Earlier this year, with the second wave raging, Salman Khan dared to experiment with the pay-per-view model by releasing his keenly awaited Radhe: Your Most Wanted Bhai (2021) on Zee Plex along with DTH services (the film's theatrical presence was negligible). Atul Mohan said this model could gradually get popular in India, as it has in places like the UK and the US.

But only films with big stars like Salman Khan and Akshay Kumar can afford this model, he cautioned. “This model can succeed only with big films. [The use of the model] will increase, but it also depends on the movie, as in how much curiosity and mass appeal it has. It all depends what your content and how your packaging is and who the stars in the cast are.”

For lesser-known stars, Atul Mohan said, it would be advisable to release films directly on regular subscription-based OTT platforms. He added that artistes like Ayushmann Khurrana, Radhika Apte, Vikrant Massey, Manoj Bajpayee and Nawazuddin Siddiqui do command a good price on OTT.

“For example, last year Gulabo Sitabo was released directly on OTT,” the trade analyst said. “These OTT players also need to add lucrative and attractive films in their catalogue. It got about Rs60 crore on OTT because of names like Amitabh Bachchan, Ayushmann Khurrana and Shoojit Sircar attached to it. If it had been released in theatres, it would have got maybe Rs25 crore [from OTT sales] apart from its box-office collection.”

But releasing a film first in theatres also has an impact on its OTT price. “If it does not do well at the box office, its price on OTT is affected,” Atul Mohan said.

Then there are smaller independent films that are made purely for release on OTT platforms as the makers believe they can reach a wider audience this way. “They [the makers] discuss the deal with an OTT player before making," Atul Mohan said. "If they say they will pay Rs15 crore, you know you need to complete the project in Rs11 crore, so that you get some profit.”

OTT players analyse whether a film would suit the taste of their audience. “The culture and taste of OTT is different from theatres," Atul Mohan said. "So they evaluate if a product is looking good and has good prospects of appreciation. If it’s a remake or a book adaptation, it becomes easy for them to gauge how the product may turn out. For straight movies, however, it takes time for them to evaluate.”

Radhe - Your Most Wanted Bhai