Was able to see Shankar’s Fairies in a fresh way every time, says Irfana Majumdar on the film’s delay


Majumdar's debut feature is scheduled to have its world premiere at the Locarno Film Festival today.

Irfana Majumdar’s first feature film is based on her mother, Nita Kumar’s childhood memories. Filmed in her ancestral home in Uttar Pradesh, Shankar’s Fairies is deeply connected to the first-time feature filmmaker.

The Hindi-language film will have its world premiere at the Locarno Film Festival today. Majumdar has been waiting on this moment now for five long years. In a telephone conversation with Cinestaan.com, she shared the origins of the story of the film, how it all came together and her hopes for a limited release within the country.

After Majumdar’s nani (maternal grandmother) passed away in January 2016, it was decided by the larger joint family that their ancestral place built by her great-grandfather should be sold.

“It was my mother’s idea that we should shoot a film in the house,” she said. “My grandfather was in the police and so my mother’s childhood was spent in bungalows like that in small towns of UP. So it was a particular kind of lifestyle and she had a relationship with a [servant] named Shankar whom we used in the film.”

She continued, “The sale of the house and the death of my grandparents felt like an ending of a chapter and we didn’t want to let it go without creating something out of it, which would be bigger than just a personal story.”

Along with her husband Gaurav Saini, Majumdar and her mother decided to go ahead with the feature and by November 2016, the film was shot and then the house was sold. 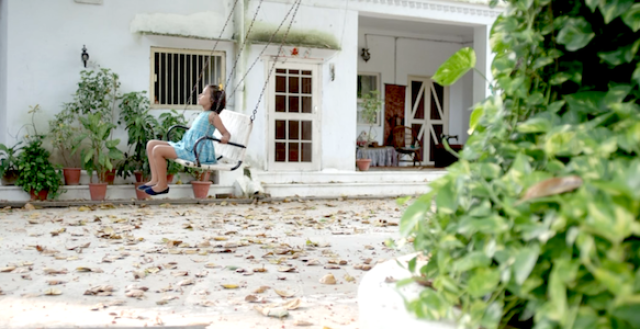 Majumdar, who has previously directed and edited documentaries, is the founding artistic director of the Nirman Theatre & Film Studio in Varanasi. Along with Saini, who is also an actor and had made short films before, they had planned to make a feature film somewhere down the line.

“I wasn’t sure of what kind of story I wanted to tell, and, truthfully, I wasn’t the one who was going to direct it,” Majumdar explained. “In the beginning, when we planned it, my husband was going to be the director, but as we began working more in detail on the script and the pre-production, I realized that it’s actually so closely connected to me and I started to just imagine the story and every aspect of it.”

As they discussed it further, it was decided that Majumdar should direct as Saini had suggested from the beginning. She knew she had to figure it out because it was a story only she could tell.

Majumdar’s mother, who is a professor of history and anthropology, began work on her first screenplay. They all discussed the vision and structure of Shankar’s Fairies.

“She took [different] memories from her whole childhood, from the time she was very small till she went to college. We built it into this story which happens over the course of two or three months in this film and the child is nine. So for the next few months, we met every day and talked about the sequence and the themes behind each scene, the characters and what [we] were really trying to say and where the story should go.” 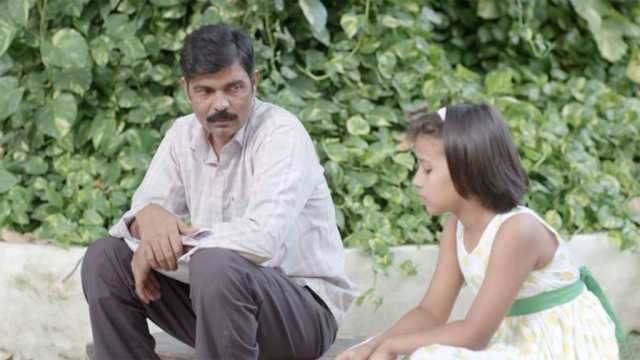 Majumdar and Saini auditioned artistes in Delhi, Mumbai, Benares and Lucknow for parts. Jaihind Kumar was cast as Shankar, one of the key parts in the film. Saini had known him from Mumbai and felt he would be right for the part, and after his audition, he was finalized.

Shreeja Mishra, as the nine-year-old girl, was cast after several theatre workshops in schools. Other smaller characters for the film were decided upon in Lucknow, after selecting first-time actors and theatre professionals.

Majumdar and Saini are also acting in the film, and came upon the decision organically as they connected with the parts.

“I haven’t really acted in films,” the director said. “I do solo performances in physical theatres. So it’s quite different, but at the same time, it was something that we could consider doing. My husband has been an actor for a long time even though he doesn’t do that much. When we auditioned and didn’t really find the right people, we started getting more involved with the characters.”

Filming was a challenge for Majumdar initially as she had never been on a film set before and didn’t know what to expect. But shooting the film in her ancestral home gave her an experience she can’t forget. It was a kind of transformation that allowed the house to be a part of her forever.

She said, “I know every single corner and angle of that house now, better than I already knew it. Now it’s like I can’t ever forget anything. It exists for us, we can look at it any time, so that way it’s very nice.” 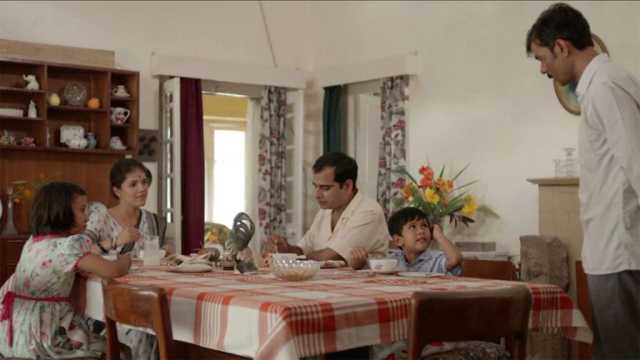 After filming, plans for the feature had to be paused as Majumdar and Saini went on a theatre tour. In 2017, they had a baby and though she worked on the film a bit in 2019, a rough cut was completed that year and sent to the NFDC (National Film Development Corporation) Film Bazaar. It went to the WIP lab at the end of the year.

“Through a small grant, we worked with a German editor for a few months in 2020, but then the pandemic happened,” she recalled. “We had a [delay], so I worked on the footage again. I made a new edit and we went to the Cannes market through Film Bazaar, but then we found our current editor, Tanushree Das, and we made the final cut towards the end of that year.

“In a way, it has been good for the film to have this coming and going, because I was able to see it in a fresh way every time and not get attached to certain things and think about it through other stuff. I don’t regret it at all.”

Shankar’s Fairies will hopefully travel to more festivals after Locarno as Majumdar would like it to be seen in as many places as possible. The feature has already been picked up for international sales by the Hong Kong-based sales company Asian Shadows.

But Majumdar is keen that the film sees a theatrical release at home. “I would really love it to be released, even in a very limited release, in India,” she said.