Cinestaan looks at the times in the actor's nearly-three-decade career when he impressed movie-goers and critics alike.

There are various actors in mainstream Hindi cinema who are not deemed the poster boys of the industry. Yet, their contributions have been vital to ensuring the success of numerous projects. Suniel Shetty is one such performer who has always been a part of mainstream films but who hasn't received his due as an artiste.

After starting off with Balwan (1992), the actor, who was born on 11 August 1961, came to be seen as an action man for a while. But later on in his career, he also dabbled successfully in comedy and drama.

Another interesting quality about Shetty is his discipline, thanks to which he has maintained himself physically. Hence, it beggars belief that he turned into a senior citizen today. Yes, Anna has turned 60, and we are sure this piece of information will make you feel old.

On the actor's birthday, Cinestaan looks at six performances from his nearly-three-decade career that stand out.

It is believed by many that Suniel Shetty ventured into the comedy space via Hera Pheri (2000). But that’s far from true. The actor had grabbed the opportunity to showcase his comic side at the start of his career by appearing in Mukesh Duggal’s only directorial venture Gopi Kishan.

Shetty played two characters who are the exact opposites of each other. Gopi, a police constable, tries to appear strong but is anything but that. It is this aspect of his character that elicits chuckles with the zany cop getting entangled in various awkward situations. The actor also successfully essayed the role of his doppelganger Kishan, a hardened criminal. 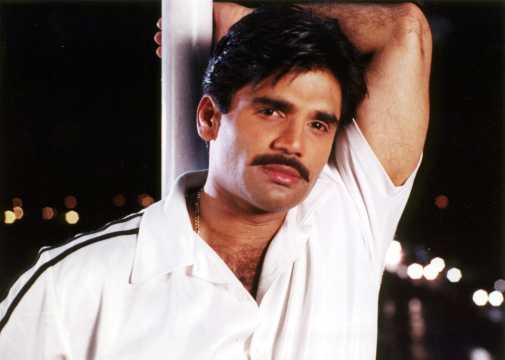 This movie also sees Shetty play two polar opposite characters. But this time, it wasn’t a double role. The character, Aditya aka Adi, is a simple happy-go-lucky youth, who finds solace in the company of Panna (Tabu). They find common ground as both their parents are deeply flawed. However, years later, Aditya becomes a part of a fundamentalist gang and kidnaps the young woman.

Shetty displayed a different temperament during the character's second phase. Though Adi's later avatar is ruthless and physically imposing, the actor gave a subdued performance. Unfortunately, his efforts went largely unnoticed since the film, which was directed by Gulzar, wasn’t box office-friendly, especially in that era. 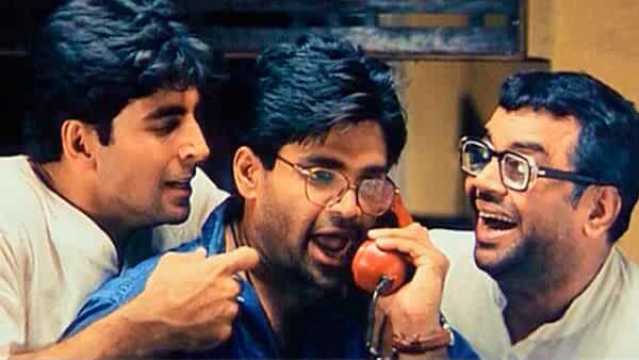 This Priyadarshan movie is an all-time comedy classic. It saw Shetty play a hesitant young man named Ghanshyam aka Shyam. Due to the nature of the role and the dialogue, the character comes across as hilarious without Shetty having to try too hard. The end result was that he managed to hold his own despite the scene-stealing brilliance of Paresh Rawal as the iconic Baburao Ganpatrao Apte.

One such scene is when Shetty's character calls Devi Prasad (Kulbhushan Kharbanda) and says the most iconic line in the film, “Kabeera speaking!” Another hilarious moment in the film was the one where Tabu tells him, “Kya mardana chaal hai [Wow, what manly walk]" and he retorts, “Meri ya tumhari? [Mine or yours?]".

Dharmesh Darshan’s Dhadkan is a landmark film for Shetty who won his only Filmfare award for his performance as Dev, a man from a humble background. The character is madly in love with the wealthy Anjali (Shilpa Shetty), but her father (Kiran Kumar) doesn’t approve of their relationship and gets her married to Ram (Akshay Kumar).

However, things take a turn after he becomes a billionaire five years later [don’t ask how!]. The actor delivers the best lines after this point when his character begins to revel in arrogance. The scene where he mocks Kiran Kumar’s character is the high point of the film. But the dialogue for which Shetty’s character is still remembered remains, “Main tumhe bhool jaaun yeh ho nahin sakta. Aur tum mujhe bhool jao yeh main hone nahin doonga. [I will never forget you and I will ensure you never forget me]."

Shetty played a ruthless bad guy in the film by Farah Khan. However, the character was very unlike other villains we see in mainstream Hindi cinema. Raghavan (Shetty) is an ex-army man and a staunch Pakistan hater. Hence, he is vehemently opposed to a peace mission between India and Pakistan. On the other hand, Major Ram (Shah Rukh Khan) is entrusted with the job to ensure the mission goes on smoothly.

Shetty brought in a different style and body language as compared to his other negative characters. His difference in approach was in line with the difference in his character. The actor made the biggest impact at the ending moments of the film. 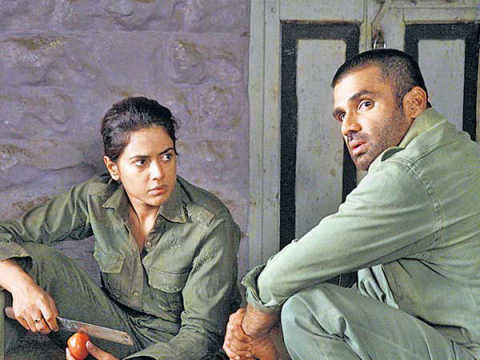 This remains Shetty’s career-best performance. But, at the same time, it’s highly underrated simply because Red Alert: The War Within failed to do much at the box office. Directed by Anant Mahadevan, the film sees him play a food vendor Narsimha. After visiting a Maoist area in the jungles of Andhra Pradesh, circumstances force him to get involved with the Naxalites.

It was a challenging role that required the actor to get into the skin of the serious-yet-vulnerable character and Shetty achieves that. He makes the entire journey of Narsimha believable while portraying his different moods and states of mind, becoming the medium through which the Maoist struggle is portrayed on screen.