20 years of Dil Chahta Hai: The landmark film for every urban Indian millennial


On this day in 2001, writer-director Farhan Akhtar broke through with a film that changed Hindi cinema's perspective on friendships, love and adulting. Here's looking at Sid, Akash and Sameer's journey once again.

Image: Bhupendra Chavan/Cinestaan.com
give your opinion

The early years of the new millennium look refreshing in hindsight. India was rising through the second decade of economic liberalization. A new generation was coming to the fore, devoid of the worries and burdens of the past.

In this new world, Farhan Akhtar created the story of Sid, Akash and Sameer — three happy-go-lucky lads on the cusp of adulthood. Filled with friendships, punchlines, adulting pains and a road trip for the ages, Dil Chahta Hai (DCH) transformed Hindi cinema. 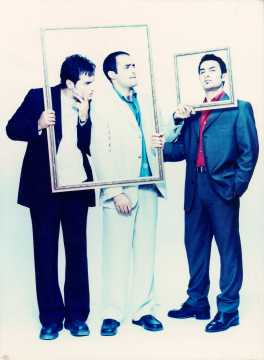 More importantly, Dil Chahta Hai was the cornerstone for a generation stepping out into the world. Twenty years later, that generation is grizzled, world-weary, troubled by school fees, rising petrol prices, economic distress, political chicanery. Aamir Khan has gone from 'Akash Ka Jaadu' to 'Haanikarak Bapu' while the insecure Sameer (Saif Ali Khan) is a bearded father who is discovering the new OTT space. Akshaye Khanna, meanwhile, has gone from playing the mature Sid to becoming a reclusive actor who is now very choosy about his projects. 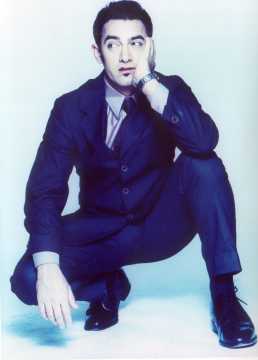 Yet, Farhan Akhtar's directorial debut remains etched in the memories of every Indian urban millennial, reflecting in their style (gelled hair and goatees), dialogues, and ideas about vacations. On the 20th anniversary of the film's release, we present five reasons why that is so.

Friendships in Hindi cinema before and after DCH were very different. The bromance of Sid-Sameer-Akash is fun, fragmented, but utterly relatable. There are no tragic circumstances that have brought them together (Anand, 1971), no common cause (Sholay, 1975). They are just boys who grew up together. Like in the real world, they were jerks to one another, pulling pranks that sometimes went too far. They were also different from one another, and hence grow out of the silliness that binds them. 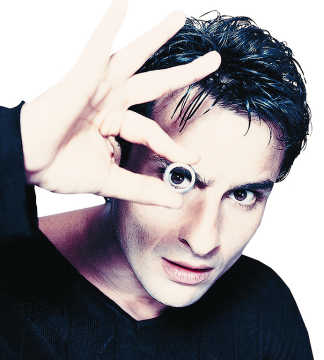 The good thing about Dil Chahta Hai was that it did not shrink the concept down to the trio. The path to love for the trio is built through friendships. Akash and Shalini's romance is born through a hesitant friendship. The same goes with Sameer and Pooja, who find a common friendship through the flaky protocol of an arranged marriage. 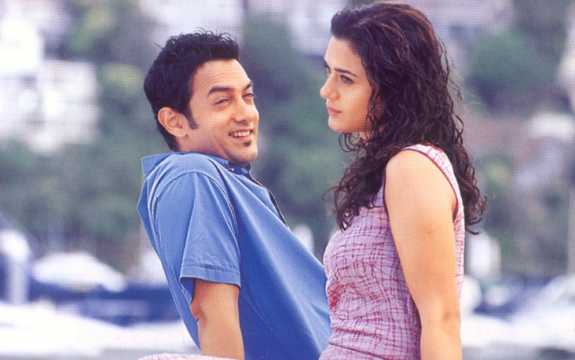 Even outside the scope of these friendships, the film is filled with some wholesome relationships. From Rajat Kapoor's friendly uncle to the cringey Subodh and the obsessive Deepa, the story pops up with contrasting personalities who do not turn into antagonists.

Farhan Akhtar's screenplay, born of his own experiences, shapes millennial friendship as something fleeting. But like Akash says in the film's iconic line, they might leave for different shores but will always remain friends. It did not seek to contain friendship within the college, or in sacrificial terms, but as something more complex, and evolving.

Since then, filmmakers, including Zoya Akhtar (Farhan Akhtar's sister), have sought to replicate this chemistry and dynamic in their stories in different ways.

Before DCH, no film had captured the generational zeitgeist of the urban millennial. Ever since, it has become a difficult, ephemeral thing. From Sameer's insecurities in a relationship to Sid's struggle to find someone mature to appreciate his view of life, their journeys were captivating because they were relatable.

Every 20-year-old in the early 2000s had known the sit-down Akash has with his father about getting a job and 'settling down'. The awkwardness of Sameer's interactions with Pooja, while the family sits in the next room, is still a common occurrence across family homes in India. The struggle is real! 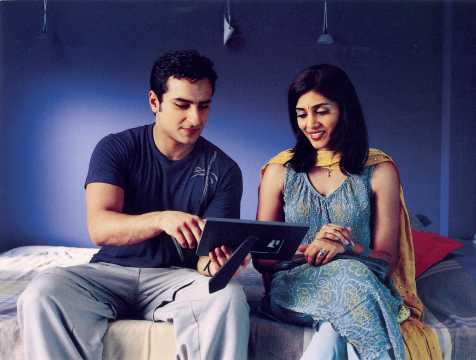 When the film begins, Akash is a borderline jerk with a superiority complex, Sameer is insecure and desperate, while Sid is almost apathetic. It is through its own experiences that the audience watched them struggle, make bad decisions, laugh at one another, and move on.

One of the key takeaways from the film is that despite the focus on their friendship, the three remain individuals discovering life on their own terms. It is when they break away from each other that they truly discover themselves. Akash takes up responsibility. Sameer becomes serious about love. Sid dives into his artistic work.

Another clichéd perspective that the film changed was the idea of romance. In Sid, Akash and Sameer, there were three new leading men who were stumbling their way through love. None of them is confident, sure of himself, or brave enough to accept it. Sameer realizes much later that he loves Pooja. Akash has to struggle to accept what he feels for Shalini. It is only Sid, perhaps, who understands the notion of love and goes for it bravely. In contrast, all three women are practical and decisive in their actions.

It was a rare occasion when a Hindi film had portrayed the Indian male not as the dashing, charming, leading man, but as an insecure, confused, individual.

DCH was the ultimate music album. At a time when cassettes and CDs were still in, it sold like the proverbial hot cakes. One still holds the memory of walking into now defunct Rhythm House at Kala Ghoda, Mumbai, to walk a new cassette. Composed by another trio of close friends, Shankar-Ehsaan-Loy, the music captured the euphoria, freshness and hopes of a new generation.

From the opening anthem of 'Koi Kahe' to the uber cool title track 'Dil Chahta Hai', S-E-L created an album for the ages. It was the variety of the collection that truly took the cake. If there is the pumping 'Koi Kahe', there is the surreal 'Jaane Kyon'; the serene 'Kaisi Hai Yeh Rut' is countered by the fun, refreshing 'Woh Ladki Hai Kahan'.

In a 2019 interview with the tabloid Mid-Day, Farhan Akhtar admitted that the album may not work today. "Today you can buy one song, but before you had to buy the entire album," he said. "If an album like DCH is released today, I'm not sure songs like 'Tanhayee' or 'Kaisi Hai Yeh Rut' would be heard as much as they were in the past. Having said that, I think we have reached a saturation point. There is so much [material] with very little heart and soul being produced. I think things will change."

Despite the youthful zest of the DCH album, it is also inspiringly diverse. The use of the Australian Aboriginal instrument, the didgeridoo, on 'Jaane Kyon' is a good example.

In a 2001 interview with the news portal rediff.com, the composer trio said the album was '35% work and 65% fun'. Listening to it 20 years later, it is difficult to argue with that claim.

We all stan road trips. In an age when stepping out of the house is akin to going to a battlefield, the freedom and abandon in Dil Chahta Hai is alluring nostalgia. For anyone growing up in India (Mumbai at least), Dil Chahta Hai popularized the tradition of going to Goa on a summer break. While the West always had its idea of the road-trip/summer-break movie, it was not until DCH that India caught on.

Soon, the beaches of Goa would find themselves teeming with almost-broke middle-class kids trying to 'live their lives to the fullest'. In fact, in 2010, the then chairman of the Goa Chamber of Commerce and Industry, Ralph De Souza, admitted that the film was helpful in rebuilding Goa's popularity as a tourism centre after 9/11.

As if that were not enough, since 2001, every coming-of-age movie has featured a road trip, from the silliness in Jaane Tu... Ya Jaane Na through Rang De Basanti's high-energy montage to the snowy romance of Yeh Jawaani Hai Deewani or even the quiet poetry of Karwaan (2018). It all began with a trip to Goa.

Long before films were broken down into memes to be 'consumed' by netizens on the go, DCH produced a bucketload of quotable moments. From Akash's wisecracks to Sameer's iconic stuttering phone call, the film had several instances.

One of the high points of the film was its simple, current use of Hinglish (a mixture of Hindi and English) in the dialogues. Moving away from strict use of Hindi or English, Farhan Akhtar's story was told in the language of young men and women across the country. 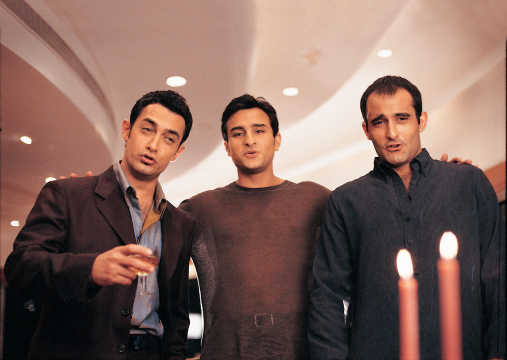 Yet, it was the use of the language that truly told the story. The filmmaker used scenes to build an evolutionary arc for each of the characters. This was brought through with humour, panache and some deep philosophy.

One iconic moment is Sameer's phone call to his girlfriend Priya (Suchitra Pillai). The stuttering was to become a trademark for Saif Ali Khan, till he redeemed himself with Omkara (2006).

10 films in which Saif Ali Khan won us over

A personal favourite is the scene at a beach in Goa, where Sid takes time to explain to Deepa, who has a crush on Akash, that she needs to move on.

It might take another decade for urban Indian millennials to grow out of them. Then again, who knows if they ever will?