The actress shared how she prepared to play a doctor and why she considers herself a newcomer before the camera despite doing quite a few films and web-series.

When Geetanjali Kulkarni decided to be an actress, she enrolled in the National School of Drama (NSD), Delhi. After doing theatre for a long time, she entered films and got noticed for the first time in Chaitanya Tamhane’s debut film Court (2015), which won critical acclaim and was also India’s entry to the Oscars.

The actress also speaks candidly about the second season of her web-series Operation MBBS, in which she plays the dean of a medical college. The show looks at the sacrifices made by doctors while dealing with the COVID-19 pandemic. Excerpts from an interview:

What was the reason for agreeing to Operation MBBS? 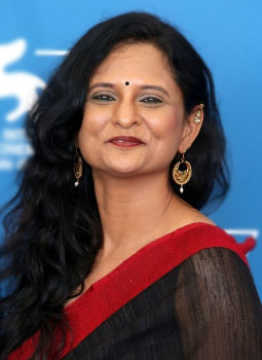 But in the second season, I have a meaty role. The character’s arc has also come out well. It has everything what doctors faced in the pandemic. I also found it challenging. So I accepted it.

As it was a challenging role of a doctor, how did you prepare yourself?

I had read a lot during the pandemic [last year]. We were constantly getting information on what doctors were going through. For terminologies used by doctors, I took help from my sister-in-law who is a doctor. She helped me out with the terminologies and how doctors speak, etc. She recorded it for me and I used to constantly listen to it before my scenes.

Our writers consulted doctors and medical colleges. Also, when we used to show a medical procedure, a doctor used to be on the sets. So, we used to try it to show it authentically.

Can you elaborate on the message you have given about doctors?

I think more than the message, we have tried to tell their story. Although a lot of people must have read about this, we have shown what these professionals are required to go through. As Unacademy is producing it, the to-be doctors will get an idea what kind of work we are getting into. Also the challenges, difficulties and the high you get. To save someone’s life gives so much satisfaction. In fact, we feel good even if we provide a glass of water to someone.

There are young and relatively inexperienced artistes in the series with you. How was the experience of working with them?

Although these artistes are new, they are good and popular as well. Like Sarah [Hashmi], Anshul [Chauhan] and Ayush [Mehra]. I had already worked before with Anshul in Taj Mahal 1989 and enjoyed it. I always enjoy working with youngsters. They bring in new energy and confidence. I feel they are more democratic than our generation. They treat everyone equally. They don’t give unnecessary respect to me just because I am older, which I really like. This makes me comfortable. If people give me way too much respect, I feel awkward (laughs).

Your role in Sir was noticed despite it not being lengthy. What was the reason for doing that film?

My role was small in Sir. But when Rohena [Gera, director] narrated the story and gave me the script, I instantly decided to be a part of this film. The way she narrated the film to me, I realized she is so honest and passionate in narrating this story. I realized my role was small, but I still went ahead because I felt this is an important story. It’s a sensitive and complex topic. I have no problems doing a small role provided I have something challenging to do in it.

When did you think of becoming a full-time actress?

Honestly, ever since childhood I used to feel I should become an actress, but I didn’t know what it meant. It was more like thinking about glamour. When I was in Ruia College [in Mumbai] and taking part in one-act plays, I realized I like the atmosphere of doing theatre and rehearsals. So I felt I should try this. But I didn’t have the guts. Hence, I thought I should learn this as part of education. So, I applied at the NSD.

When I got selected, I became very serious about it. Before that, it was more like a hobby. But it was always in my mind since childhood that I would like to do this work.

A lot of artistes say the high they get from doing theatre is not felt in films. Have you also experienced this?

In my case, I have been doing theatre for many years. And I have started doing films regularly only recently. So, I am still in the kindergarten stage in cinema (laughs). I don’t understand the craft of cinema yet. I won’t say I have command over its craft, which I have in theatre. For example, if someone wakes me up from sleep and asks me to perform at the Prithvi theatre, I will be able to do it.

But in films I don’t know [while shooting] how it will look on screen. I think after four or five years I will be able to understand the craft of acting in cinema and then I will enjoy it more. Right now I am not thinking about the craft. I just do whatever the director or cameraperson asks me to.

How do you see the trend of more and more people being glued to OTT platforms in the pandemic era?

Entertainment has become such an important part of our lives. And because of the lockdown, people accepted that medium. It is a boon for people like us as we will get more opportunities to tell stories. But at the same time, it is difficult because of the controlling by the government and moral policing. I think this is a setback. So, people might be scared while writing stories. Even an actor might be scared to act in some project because these days cases are field even against them.