The director said the Netflix project gave him a chance to move away from commercial pressures and tell a story.

The writer-director was speaking at a press conference to announce the anthology from Dharmatic Entertainment, which will be premiered on the OTT platform on 16 April.

The anthology consists of four films by Khaitan, Kayoze Irani, Neeraj Ghaywan and Raj Mehta. This is the third such anthology from the Dharma stable, the previous ones being Lust Stories (2018) and Ghost Stories (2020).

Speaking of his short film Majnu, Khaitan said it was exciting since he had not made a short since his film school days. "The moment I knew we were making short stories, I was excited," he said. "This was an opportunity. In commercial films, we have the pressure of making a certain type of film for an audience. I had the opportunity to make a film without these pressures. Majnu was born out of a thought that how many twists can be brought into a love story, how many dimensions can be added into the story of love between a husband and wife."

Kayoze Irani, who makes his directorial debut with the project, echoed Khaitan's thoughts. Describing his experience on the shoot with Shefali Shah and Manav Kaul, Irani said, "It is my first baby and is the best experience of my life. We wanted to make a film for a long time. When you get to work with a team of writers and actors, you don't have to do a lot. As an experience on the first film, I am just dying to get back on the set." 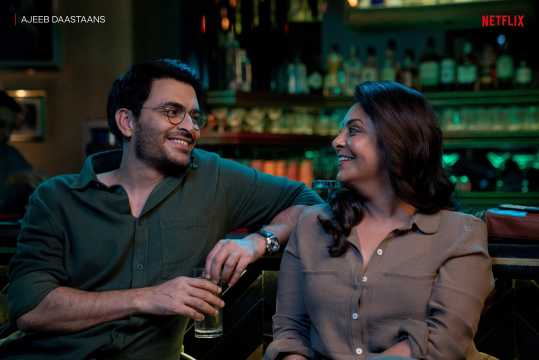 Director Neeraj Ghaywan, who helms the short Geeli Pucchi, featuring Abhishek Banerjee, Nushratt Bharuccha and Inaayat, revealed that the story had been with him since Masaan (2015). "I had thought about the idea back during Masaan," he said. "I like short films since the format gives you the most freedom. There was a line in the dialogue by Sumeet Saxena who had put in the words 'Geeli Pucchi' so I thought I will add that. It was also a clickbait title, and seems to work." 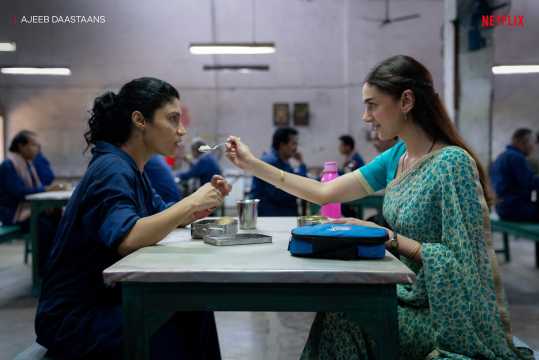 Ghaywan added, "I shot this film in peak pandemic; somehow everyone brought their A-game to it." Ghaywan wrote the basic story in about six months and then, together with Sumit Saxena, wrote the final script in another six months.

Relating his own experience, Raj Mehta said, "The process is not new, but the medium was new. Never made a short film since film school. Your writing style changes completely. In the first two scenes, you establish character and conflict. The short-film medium can ensure really interesting endings for the film as well. It was exciting for me that I was writing characters that I don't usually write in commercial films. For me, the best part was they were all flawed characters."

The anthology is produced by Karan Johar and Apoorva Mehta and will be streamed on Netflix from 16 April.