The actor and dialect coach speaks about his preparation and experience making his latest film, Uljhan, which has just begun its festival journey.

In Ashish Pant’s Uljhan, Vikas Kumar plays Lucknow businessman Shirish, a man determined to make something of himself. When an accident derails his plans, he does what he has to for survival.

Vikas Kumar, who was seen previously as ACP Khan in the Disney+ Hotstar web-series Aarya (2020) starring Sushmita Sen, spoke to Cinestaan.com about his latest project which was premiered at the Santa Barbara International Film Festival earlier this month.

The actor makes the most of the opportunity as the film's lead,creating a portrait of a man who keeps his vulnerabilities hidden while aiming to be tough on the outside.

Independent filmmaking is a miracle, says Ashish Pant of his journey to make Uljhan

Vikas Kumar was brought on board Uljhan, also known as The Knot, in 2018 by producer Kartikeya Narayan Singh and later met writer-director Pant before finalizing the deal. He said, “I thought [Ashish] was a very simple and nice man first and then as a director, a writer and a storyteller, I just realized that he knows what he wants to make and what he wants to say. I just thought it will be a great project and a great team to work with.”

For Vikas, Uljhan provided a change in the type of characters he has portrayed on screen. Previously, he had mostly played police officers, an army officer or a paramilitary trooper. In this drama, he calls his character Shirish “a survivor” and “hard worker” who has come to believe this is the way of life.

“He is no villain; he could have easily been, that he is the villain of the piece, he is not a nice man. But it’s not like that. I didn’t see him like that and I don’t think Ashish saw him like that. Of course, Geeta is the moral centre of the film, in a way. She is the conscience. But Shirish is everybody else,” he explained, adding that he wasn’t like him either.

Vikas went on to say that perhaps he had a little bit of the other characters in like Geeta (Saloni Batra) and Manoj (Nehpal Gautam). In fact, he shared that while he was waiting for news of his casting to be confirmed, he even considered taking up the role of Manoj.

“Why I identify with Manoj a lot? Morally, I don’t know, that’s my upbringing, but also my roots are very humble and modest,” he said. 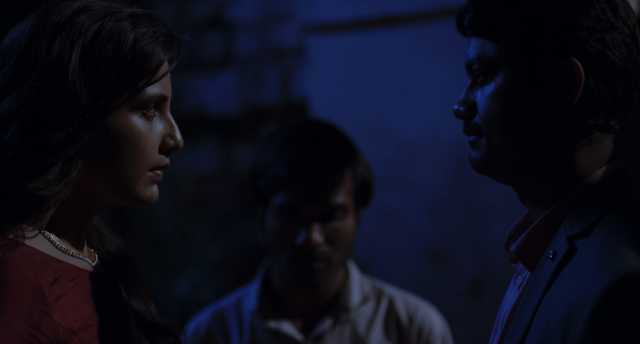 Before he got into his role as Shirish, Vikas Kumar went to Lucknow to get into the skin of his character. Vikas, who is also a well-known dialect coach, took the time to shape his own Lucknowi dialect. He stayed with Pant’s parents and later got a driver to take him around the city, speaking to him about his experiences. He recorded his interactions with the driver and others on his phone, listening to them over while he slept.

Speaking about his preparation, he said, “I will not say I have absolute command over dialects, but with experience, I have learnt how to work on a dialect. Kitna karna hai, kitna kar sakte hain. Any kind of prep... I totally believe this, I’m not a gifted actor or a very talented performer, so all these things give me confidence when I get down to preparing, and I really enjoy the process.”

Moreover, he said, Uljhan is subtle overall, even in its portrayal of Lucknow, and credited director Pant with restraining them all when it could have gone overboard. Here, he was lucky that he got the time to properly prepare. That usually isn’t the case for actors on certain projects.

Besides acting, Vikas Kumar runs his firm, Strictly Speaking, and acknowledged that it does get difficult to manage both sometimes.

“I’m thankful right now again that we have a team,” he said. “There are four or five of us, and then a couple more who keep coming on, on and off, for projects, depending on whoever is suited for a project. If I have time, I get more actively involved with a project. If I don’t have time, then I’m more in the supervision mode, with somebody else better suited to the project. We do it like that. And I am being a little selective in terms of my acting assignments.

“I would obviously like to act more,” he continued. “I still do wait for exciting projects. There is a lot of repetitive work that keeps coming your way that you don’t want to take up as an actor. I don’t act for money. Now, there are, at times, funds that are lucrative, but I always look at it [as] I should enjoy it.

“But I’ve never been in a great hurry,” he added ruefully. “I’m absolutely thankful and grateful for being able to do what I’m doing.” 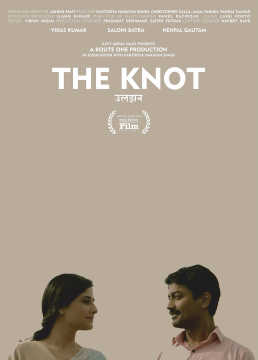 Uljhan will next be screened at The Indian Film Festival of Los Angeles from 20–27 May. Last year, the independent film was just about to begin its festival journey when COVID-19 hit. Vikas Kumar is hopeful that with this start more people will get to see it.

The actor will also be back for the second season of Aarya. He reunited with director Ram Madhvani for a small part in the Netflix film Dhamaka (2021), where he was also the acting coach. He added that he would love to work with Pant again, calling the Uljhan set one of the easiest he had been on.

“[Uljhan comes] from a good script, a good maker, and it’s a whole lot of niceness in terms of the three people — the director, the producer and the DoP, Pawel [Kacprzak], who is Polish. These three, they know their work very well and they are lovely people. You can’t come across [a set like this],” he said, adding that he never once saw Pant or Kacprzak get upset during filming. “That was such a nice, loving, positive vibe on set.”