Rajinikanth will be a superstar as long as he can deliver superhits: Author Vaasanthi


The biographer spoke about the deep connection between Tamil cinema and politics as well as the appeal of the superstar and why he remains a powerful symbol.

The phenomenon of Rajinikanth has aroused the interest of fans, critics and social scientists alike in India. The rise of Sivaji Rao Gaekwad — from working as a coolie and a bus conductor to becoming the darling of millions — is spectacular, to say the least. In her latest book Rajinikanth: A Life, published by Aleph Book Company, author Vaasanthi traces this spectacular journey through the tricky context of Tamil Nadu politics. 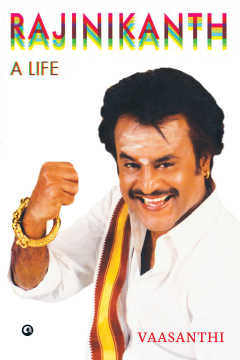 In an email interview, Vaasanthi described the fascination surrounding Rajinikanth, his personality, and why his recent u-turn from politics will not hurt his stardom. In 2016, the author wrote a biography on another star-turned-politician, Amma: Jayalalithaa's Journey From Movie Star to Political Queen.

Speaking about the symbiotic relationship between politics and cinema, she wrote, "To use entertainment for political propaganda began from as early as the 1930s."

While Rajinikanth is no longer pursuing a career in politics, Vaasanthi believes his stardom will remain. "They (his fans) will judge him only by the success of his films. He will be there as long as he is capable of giving superhits," she wrote.

The book, while sketching out the life of Rajinikanth, also delves into the connection between Tamil politics and cinema. Why did you choose this approach?

It was important to point out the symbiotic relationship that existed between cinema and politics in Tamil Nadu. To use entertainment for political propaganda began as early as the 1930s, after the civil disobedience movement of the Indian National Congress. Theatre artists were inspired by the charged atmosphere. There were about 250 drama companies at that time. When cinema arrived most of the artists switched over to the big screen. But the impact of nationalist films on the masses was limited during the pre-independence times because cinema halls were confined to towns.

Once the country attained freedom and the rapid electrification of rural areas under Congress rule [in Tamil Nadu] films became accessible to rural people. The Dravida Kazhagam [regional political group] activists, many of whom were talented playwrights, recognized cinema’s potential and very deftly used it for their purpose. They could project their reformist ideas and insert dialogues critiquing Brahmins, religious hypocrisy, untouchability, and other controversial subjects. The brilliant ingenuity of the Dravidian movement’s activists was responsible for the visual medium catching the imagination of the people like nowhere else in the country.

When Rajnikanth stepped into Tamil Nadu in the early 1970s, cinema had become a powerful medium that could influence the masses one way or the other. There were many stars. Most important among them was the hugely popular MG Ramachandran, MGR, who was a matinee idol and also a member of the Dravida Munnetra Kazhagam, which was voted to power in 1967.

What was more challenging to write about, the complexity of Rajinikanth's personality or his political conflicts?

The complexity of Rajnikanth’s personality. He became more and more enigmatic as his popularity soared. The innocence and simple heart that his close friends knew got confused and knotted by the unexpected success that converted him into a phenomenon, baffled him. He could not handle it. His political conflicts were due to the fact that he was not cut out to be a politician. He was too sensitive, too impulsive. 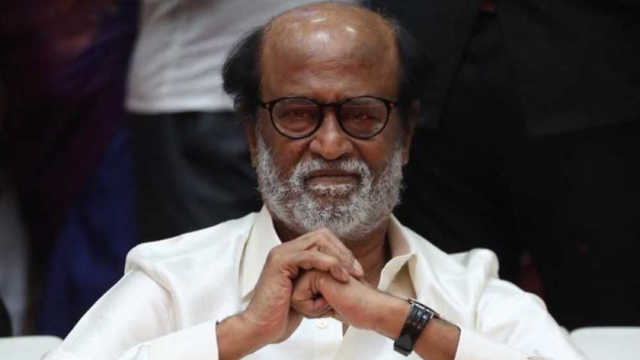 It is interesting to read about the perspectives of close friends of the star, who still view him as a simple man, impulsive in his decisions. Would you say that is the secret to his mass appeal?

He was a natural. He is still a very simple man. In his younger days, he smoked, drank, and had fun with girls. Therefore, when he was projected on the screen as a commoner with a golden heart, who would smoke, drink and gamble, he was very convincing and he became a  hero of the subaltern class. The masses felt that he was ‘their man’. He was dark and uncouth, unlike the fair-looking heroes they had seen before on the screen. His rakish smile and speed with which he spoke and moved appealed to the masses. 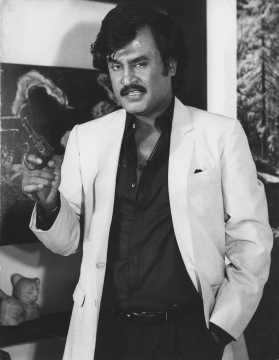 An interesting part of the book is the clash between Rajinikanth and Jayalalithaa. You speak of how he once held the power to sway public opinion but never took the political leap. Was that a mistake? Did you speak to him about those days?

No. I think it was prudent on his part not to enter politics at that time. His films were doing very well. He wanted to earn as much as he could and act in as many films as he could. Most importantly, two giants in the political arena — Karunanidhi, the leader of the DMK, and Jayalalithaa, the leader of the AIADMK — were very much alive and formidable in their strength. Their vote bank was intact. He was an outsider, and he understood that he did not stand a chance against them. Besides he was not interested in entering politics at that time.

The friendships of the actor pop up in the book as his respite from the world of cinema. How difficult was it to get Rajinikanth's friends to speak about him? Were they as reticent as he is about these relationships?

On the contrary. They spoke Kannada and were happy to see that I spoke Kannada very well having grown up in Bangalore. They were very open and glad to share their memories of their days together in Chennai. It was very obvious they loved him and were very proud of him. It was obvious that they were still very close to Rajinikanth. And so was he to them.

You speak of Rajinikanth as a naive politician; for example, not being prepared for surprise questions from the media. Why did he remain so, even as he was an astute student of cinema?

He was not a politician by choice. His first love was cinema and his focus was just films. He was pushed into making political statements when his fans started believing that he could become the chief minister of Tamil Nadu one day. He too seems to have been swayed by the belief for some time. He was also being pressured by the BJP, which was desperately trying to have a foothold in Tamil Nadu.

He had an astonishing fan base that people believed would convert him into a winner in an election. The BJP thought it could enter the state with his help. But Rajnikanth was, according to my perception, more rooted in the Kannada soil than in the Tamil soil, where the Dravidian ideology with its language pride was a formidable force for an outsider like him, a Kannadiga from Bangalore whose family hailed from Maharashtra. He could not comprehend or absorb the Tamil political ethos like a man born and bred in Tamil Nadu. He was surely tutored by his advisors, but his heart perhaps was not there.

In an era where the young are no longer familiar with Rajinikanth's aura, and a slew of younger replacements have emerged such as Dhanush, Vijay and Surya, do you see the superstar changing his mind on politics? As a follow-up, do you see any other actor turning to politics?

He has already made the decision. He will not enter politics. He has realized he is not cut out for politics.  He has health problems and he will turn seventy this December. There are aspirants among the young actors but we cannot say what will happen in the future. Vijay has a mass base. Not the others.

Is the intrinsic connection between cinema and politics still strong in Tamil Nadu? Beyond Kamal Haasan and Rajinikanth, do you see anyone else holding sway over the population?

It is losing its hold now. The young are more aware, more analytical politically, and look at cinema as a form of entertainment and nothing more.  Even Kamal Hassan as an actor was never a factor politically.

It is only Rajinikanth who became a force to be reckoned with in the political arena because of his immense popularity as a superstar.

If so, why does this connection still exist?

A connection may continue through Vijay who some say has political aspirations and a huge fan base,  but that alone is not enough to enter politics today which is complex. As I said earlier, cinema stars are not looked upon as leaders who will be capable of governing.

The book also outlines the cracks in Rajinikanth's fan clubs, the disappointment of loyal fans about his political decisions. Do you think the decision to stay away from politics will have an impact on his superstardom?

No, I don’t think so. His fans will remain his fans though disappointed. They know his health is not good and also are aware that he was under pressure from right-wing parties.

How do you want a Rajinikanth fan to approach the book? And where do you see him in a pantheon of stars like MGR, Shivaji Ganesan and Jayalalithaa, among others? Will that fame last the test of time?

I do not know how many of his fans, most of them school dropouts and many others not in the habit of reading English, will be able to read the book. Many have liked the cover but were disappointed that there are no photographs of his films in the book. Some admirers who have read, are all praise for the book and say ‘this is the best biography on him to date’.

Rajinikanth became an icon during his lifetime. His fame will certainly last the test of time, the highly talented actor that he is. Jayalalithaa has never been considered a great actor nor is MGR. MGR was a charmer on the screen and with his winning smile stole the hearts of women. His political ideology that was propagated through films attracted the young and the old among men who became his staunch followers. Shivaji Ganesan, a better actor, never could make a mark in politics.