The feature film, directed by Subhash Kapoor, saw the actress play a low-caste woman who becomes the most powerful woman in her state.

A new coffee table book by photographer Yogesh Chiplunkar detailing the behind-the-scenes action on the sets of the Richa Chadha-starrer Madam Chief Minister (2021) has been launched. Directed by Subhash Kapoor, the film saw the actress play a low-caste woman who becomes the most powerful woman in her state.

Chiplunkar stated that he was grateful for the freedom and support he received from Kapoor and the film’s team. 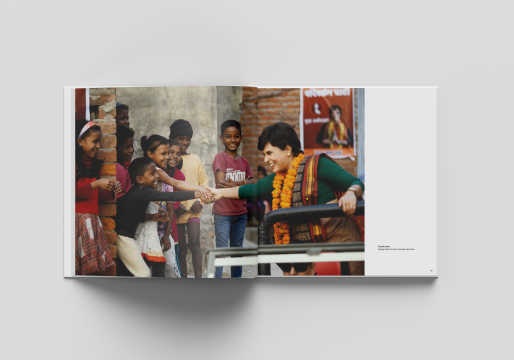 The star of the film, Chadha, said of the launch of the book, “Yogesh has masterfully managed to capture moments that are so precious not just to me but surely to the viewers as well, and I am in complete awe of his work! Talent and inspiration have always walked side by side and I think this is another example of just that.”

Thanking Chadha, Chiplunkar said, “It's been a treat to capture your candid moments in the movie. You got into the skin of the character gracefully and it shows in every frame I clicked. Your trust in me was as important as the camera. Truly!”

The political drama, which was released in theatres on 22 January, is now being streamed on Netflix.