Mentally, Sandip Ray is stronger than most of us, says the filmmaker's Feluda, Sabyasachi Chakraborty


Actor Sabyasachi Chakraborty speaks of his association of a quarter century with frequent collaborator Sandip Ray, with whom he shares his birthday.

Sandip Ray revived the cinematic adaptations of the popular fictional detective Feluda after his father, the legendary filmmaker Satyajit Ray, declared that he would not make films based on his creation any more.

Not only did Sandip Ray come up with a modernized version of Feluda fit for contemporary times, but he also added to the legacy by creating an iconic collaboration with Sabyasachi Chakraborty playing the detective.

The actor and the director, who share their birthday (Sandip Ray was born on 8 September 1953 and Sabyasachi Chakraborty on the same date three years later), started their journey together with the telefilm Baksho Rahasya in 1996. Over the years, they have contributed to each other’s career with Feluda films playing the most important role.

Two years ago, Cinestaan.com spoke to Sandip Ray who shared some memorable moments from his long association with Sabyasachi Chakraborty.

This year, as Ray turns 67, Cinestaan.com spoke to Chakraborty, who not only revisited his days with the director, but also expressed his desire to play Feluda again. The actor and close friend also revealed some little known shades of the director's persona. Excerpts: 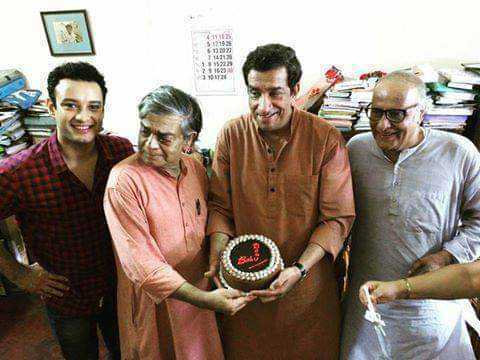 How would you describe your personal chemistry with Sandip Ray, beyond the professional area?

I cannot elaborate on the personal chemistry, but what I would like to say is that when I started off [with him] in the mid-1990s, I had been a little wary of him. Firstly, he is Satyajit Ray’s son. Then he is highly educated and an extremely talented director. Hence, I was quite wary of how I would cope with his demands.

In the process of working with him, however, I found that he is so easy to work with that the actor-director relationship eventually became very friendly and the so-called chemistry happened. By 2000-2001, when we were working together, I could sense his demands simply from his looks; he didn’t even need to articulate them. I could easily sense when he was satisfied and when not.

In an earlier interview, Sandip Ray told us how eager you were to play Feluda and how your collaboration eventually came about. Can you describe your introduction to the Feluda series and films with Sandip Ray?

I have shared this experience before and I would like to share it again. I did not want to become an actor, but when I eventually did, Feluda was the only character I wanted to play. I was so desperate that I even summoned up courage and walked up to Satyajit Ray himself and asked for the role. He said he was not going to make Feluda films any more and asked me to get in touch with his son.

Ever since, I was pestering Sandip to make a Feluda film. Eventually, one day, he called me up and said he was working on Feluda and would like to have me on board. I jumped at the opportunity! I was initially sceptical about how the audience would react to it after having watched Soumitra Chatterjee portray the character with great finesse. However, Sandip told me to play Feluda in my own way and not to emulate Soumitra babu. He asked me to go through his father’s illustrations and read between the lines to understand Satyajit Ray’s thoughts. 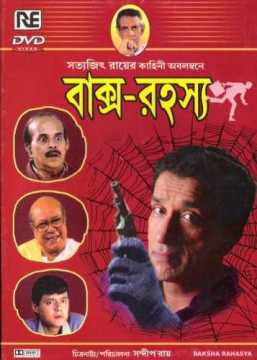 You have worked with Sandip Ray for so many years now. Tell us how he has matured as a director.

I think he is a wonderful director who particularly knows where to draw his lines. He never oversteps the boundaries he sets for his work. He was focused on not turning Feluda into a James Bond or a Marvel superhero character. He is always alert and reads a lot. I am really fond of the way he follows the narratives while making films. He incorporated physical fighting sequences in Tintorettor Jishu (2008) that were not part of the book. But he had to do justice to the contemporary Hong Kong scenario. That was the only film in which he took a liberty, otherwise he always follows the book.

Have you ever seen him dealing with the burden of Satyajit Ray’s legacy?

He never harboured ambitions that would land him into comparisons with his father. He always tried to stay away from it. I would often ask him to finish some of his father's unfinished stories. But he was convinced that people would not accept it. He would say, “I am not Satyajit Ray and I cannot do it the way he used to do it.”

In the beginning, he was using the music pieces made by his father, but then, when he started making films, he composed his own music. As I said, he would mostly restrict himself to following the Feluda stories, with a few exceptions. For example, it was not possible to recreate the late 1970s Bombay within our budget constraints in Bombaiyer Bombete (2003), and hence, instead of Ambassadors, he had to introduce a Sumo or Qualis car.

You worked with Sandip Ray in Nishijapon (2005) and television adaptations of a few other Satyajit Ray stories. Why haven’t we seen the two of you collaborating on more projects other than Feluda?

Since he was planning to do more Feluda films, he didn’t cast me in other films, because he thought it would lead to the Feluda image being in conflict with other characters. Nishijapon was quite unlike Feluda films, based on inter-relation conflicts, in which the true shades of the characters surface at the time of trouble or acute disaster. He also cast me in some television series based on Satyajit Ray stories, including Bhakta, Boteswar Er Obodan, and Swasmoler Sesh Ratri.

Could you share a few memorable moments from your long journey of collaboration?

Well, there are many! I remember when we were shooting for the telefilm Baksho Rahasya in Simla, we didn’t get snowfall on the day we planned to shoot. Hence, we decided to shoot at the Wildflower Hall in Kufri. We had to skip lunch as he wanted to finish shooting before daylight disappeared. When we were freezing, standing on the ice with the cold biting through our shoes, this man, in his sneakers, was comfortably running around.

When we were shooting for [the telefilm] Joto Kando Kathmandu Te (1996), he asked me to keep running straight for a sequence, until he told me to stop, while the camera would follow me. Arjun Chakraborty was playing Mr Batra in the film. He was to run and I had to catch him and then there would be a little bit of a fight. So, Arjun ran full blast and I tried to catch him, and then I heard ‘cut!’ right behind me. I turned to see that Sandip was running with us with the camera, at top speed. It was quite unbelievable that he was running with such a heavy camera. I didn’t expect that at all!

This man was immensely strong and he still is. It is true that he has had open-heart surgery and he has nerve problems with his feet, because of which his movements are restricted. These days age has taken over, but he is a strong man and his strength comes from his mentality.

Before his open-heart surgery, his doctor asked him to stop smoking as he had blockage in the arteries. So, he went through the operation, recovered, and went back home. One day the doctor landed up to check on him and saw him smoking again. When he asked Sandip why he hadn’t paid heed to his advice, the latter said what was the use of spending so much money on the operation if he could not smoke again! That’s his attitude, “Let me do what I like best. I like filmmaking, sketching and composing music — and I like smoking!”

What would like to wish for him on his birthday?

I wish him physical recovery because mentally he is stronger than most of us. I wish that he keeps on making films and inspiring us! I wish him a very long life!

Correction, 8 September 2020: An earlier version of this interview wrongly mentioned Sabyasachi Chakraborty's year of birth as 1958. The actor confirmed that he was born in 1956.