Why does Uttam Kumar remain so close to the Bengali film lover's heart? Was it only his romantic image that lent him the unrivalled status of 'Mahanayak'?

Uttam Kumar, who would have turned 94 on 3 September, has had various sobriquets relating to his star persona. He is still the irreplaceable 'Matinee Idol' and 'Mahanayak' of Bengali cinema. Very few actors, if any, have been able to match up to his popularity as the quintessential Bengali romantic hero.

But is it only his romantic image that has lent him this unrivalled status? Some cinephiles who look at films as an artistic medium for capturing reality don’t consider Uttam Kumar's films pertinent for contemporary times. Why, then, does he remain so close to the Bengali film lover's heart? Why are his films Sare Chuattar (1953), Agni Pariksha (1954) and Harano Sur (1957) as dear to Bengali audiences as Nayak (1966), in which he played a movie star, Arindam Mukherjee?

According to Sanjay Mukhopadhyay, former professor of film studies at Jadavpur university, multiple social causes were responsible for propelling Uttam Kumar to stardom. “Uttam Kumar’s first commercially successful film, Basu Parivar, was released in 1952, the same year India got the status of a democratic country [by conducting its first general election]. The Bengali population was looking for the identity of a modern citizen, which was embodied by Uttam Kumar. For the non-Bengali population, Raj Kapoor became that icon to an extent.

Born Arun Kumar Chatterjee, the multi-faceted actor was the first to break away from the larger-than-life image of spectacular heroes then in vogue. Instead of leaving his audience awestruck, Uttam Kumar would reassure them with the hope of achieving humble dreams. 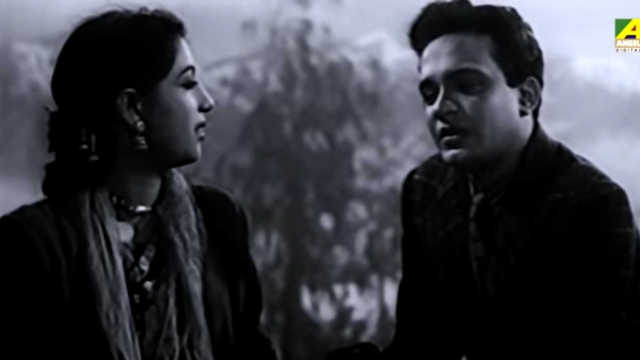 In 1954, the Hindu Marriage Act was passed. In Agni Pariksha (1954) and Harano Sur (1957), Uttam Kumar’s character played a crucial part in creating a discourse on the reformation of Hindu marriage. “In Sare Chuattar (1953), his character of an ordinary man finds true love in an environment in which love affairs were not accepted socially," explained Mukhopadhyay. "Later, in Jotugriha (1964) and Jadu Bansha (1974), he played important roles in the realistic depiction of the collapse of marital relations.”

The professor also pointed out that Uttam Kumar was never talked about only for his on-screen performances; his personal life and affairs were also of great interest to fans. He was as much out of reach of the ordinary Bengali as he was a part of her life.

National award-winning filmmaker Atanu Ghosh believes the root of Uttam Kumar’s relevance for the Bengali film fan lies in his portrayal of the crisis of the Bengali middle class, in his middle-class background and upbringing, and in the middle-class lifestyle from which he never fully detached himself even after becoming a star. To him, “Uttam Kumar oozed the mannerisms, body language and way of speaking of the Bengali middle class”, something ad filmmaker Bauddhayan Mukherji agrees with.

“I have heard from Supriya Devi that he once got off a car on the opposite side of Purna Cinema to attend a premiere show," Ghosh said. "By the time he could cross the street to reach the cinema hall, thousands of people had gathered for a glimpse. This was the magnitude of his popularity, and despite such fame, he would still get up early in the morning and take a walk in Minto Park.”

Ghosh added that it was not just Uttam Kumar, but also many of the top filmmakers of the era, like Ajay Kar, Partha Pratim Chowdhury and Mrinal Sen, who remained rooted in the middle-class lifestyle and ethos.

Even the profoundly romantic films of Uttam Kumar never strayed too far from reality. “While Sare Chuattar depicts a woman’s position at a mess, where most of the migrant youths would be accommodated in Kolkata, Dhanyi Meye (1971) explored the Bengali sentiment around football, Ekhane Pinjar (1971) explored a working woman’s status in a society that was changing, and Dui Prithibi (1980) explored the conflict of two generations,” added the director of well-received films like Mayurakshi (2017) and Robibaar (2019).

Ghosh also pointed out that Uttam Kumar’s magic began to fade in the 1970s and films like Priya Bandhabi (1975) and Dhanraj Tamang (1978) did not work at the box office as a new wave, influenced by Hindi and South Indian cinema, began to come in with larger-than life stories, ample action sequences and a lot of song and dance. 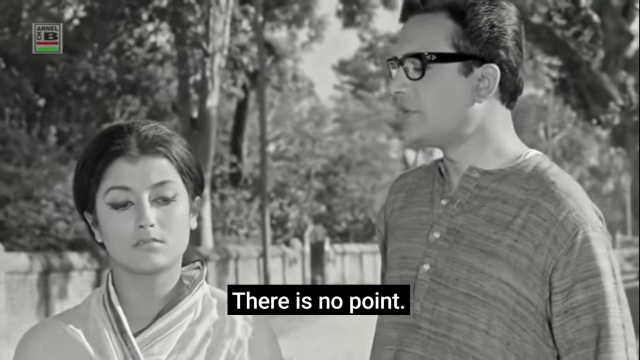 Had the Bengali middle class not been able to relate with Uttam Kumar, he would not have been revered the same way that he is today, said Mukherji. “It was both a case of aspiration as well as relatability," the filmmaker said. "The Bengali audience used to relate to his image as well as look up to him.”

Uttam Kumar had emerged in a scenario in which Partition had ravaged Bengal and there was a distinct class difference between the Ghoti (a colloquial reference to the population of West Bengal) and the Bangal (the population from East Bengal). The Leftist movement was also growing. In this turbulent situation, Uttam Kumar emerged as a place for solace or shelter.

“In 1954, he did Ora Thake Odhare, which primarily depicted the Ghoti-Bangal crisis," Mukherji said. "He played the Ghoti protagonist while Suchitra Sen’s character came from a refugee Bangal family. He also repeatedly portrayed the crisis in the Bengali youth, coming from the suburbs and taking shelter in a mess [Sare Chuattar, for example] on multiple occasions.”

Mukherji, maker of films like Marichjhapi (2020) and The Violin Player (2016), said another striking feature of Uttam Kumar’s characters was that they all carried the guilt of the Bengali middle class. “The guilt of the characters he portrayed reflected the Bengali middle-class conscience," he said. "He mirrored the collective sins of that class. This was the reason why the day Uttam Kumar died [on 24 July 1980], many people did not cook in their houses and came out with umbrellas to join the huge funeral procession in rain. It was a personal loss.”