Zombivali is the first Marathi film to be produced by Yoodlee Films and the makers are taking strict precautionary measures during shooting to keep the cast and crew safe. The production house, which has produced many indie films in the last three years, was among the first to resume shooting after the state government issued strict guidelines for film and TV shoots to begin in Maharashtra.

They have provided PPE kits and other safety gear to the cast and other team members of the film. A COVID officer has also been assigned to ensure that the safety measures are followed on the sets. 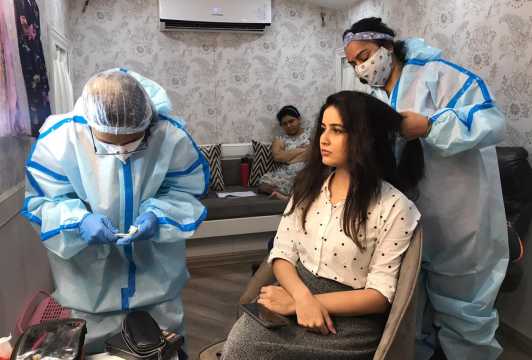 Siddharth Anand Kumar, the producer of the film, described Zombivali as a film that tackles the serious issue of commercialization in today’s time, in the guise of a horror comedy.

Last month, the makers had shared the film's first look, which showed  Prabhakar and Wagh's characters in silhouette, facing an army of zombies, with fire raging in the background.