All girls can identify with SoulSathi's story, says Adah Sharma


The actress plays a young woman struggling to find a perfect marriage partner in Abir Sengupta's short film, which is streaming on Eros Now.

Actress Adah Sharma has said her latest short film, Abir Sengupta's SoulSathi, has a story with which most young women around the world can identify.

In the short, which is streaming on Eros Now, she plays a young woman looking for a marriage partner, but inadvertently all prospective grooms only look at her body and not her soul.

Sharma told Cinestaan.com, "I'm getting messages from girls who are looking to get married and those who go on blind dates. They identify deeply with the film."

The actress was shooting for another project when Sengupta approached her for the film. "Abir messaged one day, saying there was a film he was working on and he thought I would be perfect for the part. I was in the middle of the shoot at the time so I asked him to send me the script via WhatsApp. I absolutely loved the story and I immediately agreed to be part of the film," she said.

Sharma said that the director and she were on the same page from the get-go. "I have to say when he narrated the story to me it was exactly how I had imagined things while reading the script. It's really fun when you are working with a director who is on the same wavelength as you," she said.

"His ideas are really fresh and new. Also, we both want to make the same kind of film," said added.

Asked if it's practical to hold onto the notion of soulmates, especially in today's fast-paced online dating scenario, Sharma said, "Yes, why not? How long will you be attracted to the physical body? It fades away once you stop looking attractive. But if you are attracted to a person's soul, the relationship can go on forever. That's why longer relationships endure. It's because the partners' souls are attracted to each other and not just their bodies."

Sharma is playing a double role, her first, in the short film. "Generally double roles concern twins but here Abir has given this a twist. Here it's the same person. So I had to be myself but not very similar to myself and also not completely different. You have to find that sweet spot because finally its the same girl.  It's almost like sometimes when you are sitting with someone, your body is present there but your mind is thinking about something else".

She also added that she has, however, played multiple characters in a single project, in her debut 1920 (2008). "But that was in a completely different realm. I played a sweet girl who was possessed by the spirit of a terrible man, so I was playing two different characters residing in one body.

Apart from SoulSathi, Sharma and Sengupta have also worked on another project. "We worked together on another very interesting project called Man To Man. It's a love story about a boy who falls in love with a girl and after they get married he finds out she is a man, and I play the man. Abir offered it to me after we did Soulsaathi.

This is Sharma's third short film after Moh (2019) and Tindey (2020). She believes that though digital medium offers more variety and is more liberating for actors, she still likes it when films are released in theatres "To see yourself on the big screen, that's a different thrill altogether. It's unmatchable. And as an actor, you are anyway judged irrespective of the platform. 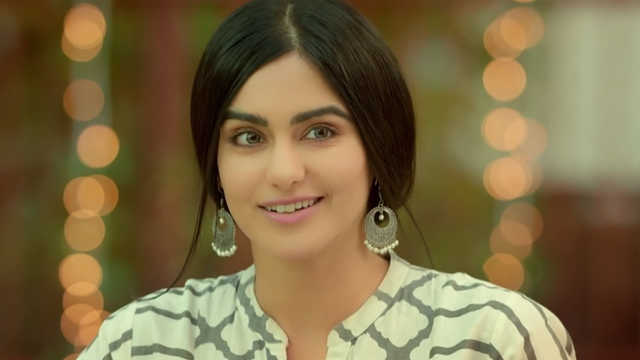 The actress, who made in her way into the film industry without any connections, admitted that things were getting tougher for outsiders since her debut 12 years ago. "Before the coronavirus and the ensuing debate heated up, nepotism was getting stronger every single day and the chances of outsiders landing a role in film were getting slimmer. But this corona thing has in a way equalized everyone. Even the films of outsiders are releasing on the same OTT platform where the start kids films are releasing their stuff with the same amount of hype and enthusiasm. It doesn't matter whose child you are anymore, at least when it comes to OTT platforms, So it's a good thing that OTTs have made it an even playing field for an outsider also".

Asked whether nepotism would have become such a hot-button issue if there was no coronavirus and people weren't glued to their screens all the time, Sharma replied, "I honestly don't know. Nobody had predicted this scenario. We never thought that there was going to be a virus so deadly that we would be forced to sit at home and that theatres would shut down. We can all speculate about what would have happened if there was no coronavirus, but these are just hypotheses and, honestly, I have no clue about how people would have reacted if they were busy with their lives.