Speaking to Cinestaan, the director, whose critically acclaimed short film Knock Knock Knock is streaming on MUBI, sheds light on his triumphs, travails and creative choices.

Saria, who has received plaudits for his debut film Loev, is currently working on a one-hour show for Amazon Prime in collaboration with filmmaker Nitya Mehra.

Speaking to Cinestaan, the director sheds light on his triumphs, travails and creative choices.

How does it feel to have a film streaming on MUBI?

It feels fantastic and surreal. The world is currently a crazy place and it feels quite stupid to celebrate this, but it is a great distraction. It feels good to not think about COVID-19 and all the political turmoil for some time and simply celebrate art. I am quite thrilled and happy. I am grateful that a platform such as MUBI exists. Like a fine wine, it curates and collects the finest works of world cinema. It is an honour to be featured there.

How was the journey?

I would call the journey torturous! I feel good things always take some time. To me, it was like baking. falling in love or finding a partner. It takes time but when you find it, it’s worth it. I couldn’t have asked for a better platform. I am excited as I love its audience and curation. 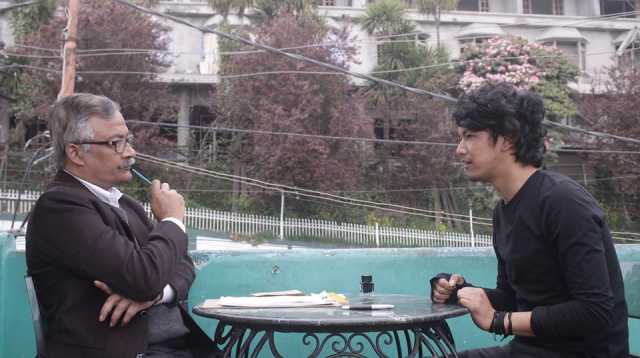 Knock Knock Knock is rife with metaphors. How did you fit the characters' obsession with patterns and rituals into the psychological thriller format?

I believe that growing up in the material world leads one to become cynical, wiser and cautious. As you grow up, you are advised not to be vulnerable, not to open yourself up. Those walls and apprehensions keep increasing and the limitations grow to such a degree that eventually you become unavailable for friendship. I was wondering what kind of world we're living in where if someone comes up, says hello and wants to be friendly, the first question we ask is 'what do you want?' or 'what are you trying to sell?'

The other aspect I wanted to speak about was conformity: how people who don’t understand your unique rhythm try to bully you or push you to conform to the same design. How do you cope with this and how do you stay true to your identity while forgetting how to survive in the world at the same time. In the process of writing the characters, I went towards the idea of energy and rhythm. I am myself have OCD. I'm very controlling and find a certain kind of rhythm very comforting. I think it’s a part of being a writer. Not only do we maintain word counts and paragraph grading but we also occupy a particular corner of a writing table or must prepare a cup of coffee while writing as part of inherent rituals. I think I took inspiration from that and I brought it into the world of mathematics, patterns and numbers.

How did you go about choosing the cast?

I was a fool not to know about Santi Da’s work. I think he is a hidden gem. I think part of the joy of making this film has been discovering him and also carrying the responsibility of introducing his work to a new audience. The first time I met him, the minute he walked into the room, I knew that he was my Dada. Then the question was whether he would like to work with me and trust me with his talent and his time. I was very grateful that he said yes. I appreciate that.

On the other hand, it was harder to find Phuden Sherpa. There is no database for actors in the Northeast. They are such a talented community. For me, it was going to Darjeeling, sitting there or walking up and down the streets, pulling them off and trying to convince them for auditions. Phuden is a very charismatic guy as well as a talented musician. He had never acted before. It was a joy to find and get him ready for the screen, put him in very intense sequences where he had to match up to a veteran actor like Shanti Da and at the same time, retain his charisma and charm.

What were the thoughts behind the characterisation?

There are not enough films on the Northeastern community. Given that I grew up there, I understand the politics of North Bengal and how two very different communities stay together. The film is not just about an old man or a young guy, it is also about an old Bengali man and a young Nepali guy in Darjeeling. Plenty of films are set in Darjeeling but I don’t know how many of them engage with the locality and the people rather than only pointing the camera at Kanchenjunga, or showing a monk or people eating momos in the street. This is more like exploiting Darjeeling. Even though I knew that it was going to be an expensive affair, I dragged the entire team there. I really hope that the people of the region are empowered and more stories are told on them. From the beginning, I was convinced that I wanted to set the film in Darjeeling, disregarding suggestions that the film could be shot in other places like Mahabaleswar where I could get the crew and equipment at a cheaper rate. 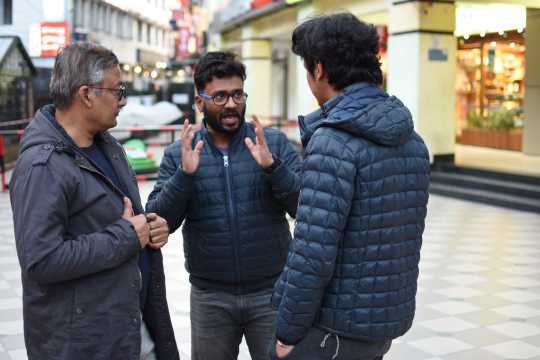 The production design is highly detailed. What work went into it?

There was no grand scheme as such. It sort of happened step by step. With every detail, we wanted to say a little bit more about the character. Every opportunity had to be used for exposition. Once you hire talented crew members, they work with all their might. Vasudha Patni Joshi was our art director and from a very early stage, we started obsessing over all the details. She came to Darjeeling from Pune and did a fantastic.

How was the filming experience?

I remember filming a sequence where the two characters descend a hill. We were shooting in the middle of the Chowrasta [a historical public square] and I kept on shooting take after take, which was quite tiring for the actors as they had to do the jump-dance-walk thing. They were hundreds of people walking and staring into the camera, yet we had to make it believable and natural. Once Shanti Da had had enough as we were shooting continuously for 12 hours and we did not have the kind of budget to shut down the Chowrasta. It was the first day of our shoot.

Another fond memory was of working with my family. My bhabhi and nephew came to the sets and took part in one of the sequences. For the first time, my family could see my work. My mom worked in the film as the hospitality coordinator, taking care of the crew and making sure all were well fed. For me, it was quite overwhelming as I was doing this for quite a few years, and my work was abstract for them. Hence, to have them on the sets witnessing what I have been up to all these years really felt nice.