The short film features Adah Sharma as a young woman struggling to find a partner in marriage.

The short stars Adah Sharma in the lead. She plays a young woman struggling to find a partner in marriage, mainly because the prospects are only looking at her body instead of her soul.

Sengupta tells us that he thought about the idea after a real-life occurrence.  “My business partner used to meet a lot of guys through matrimonial websites and community meetings for marriage. Every second or third day she used to tell me that she is meeting all these jerks. She said people are only interested in her body, instead of her soul. This line really struck me,” he said.

The filmmaker has cast Sharma in two roles – the girl and her soul. He thought about this idea when he felt there is something missing. “My business partner found it lovely. But it didn’t have a typical twist and turn. Like in the ending. I realized I had to treat it in a magical way and have a double role,” he said. 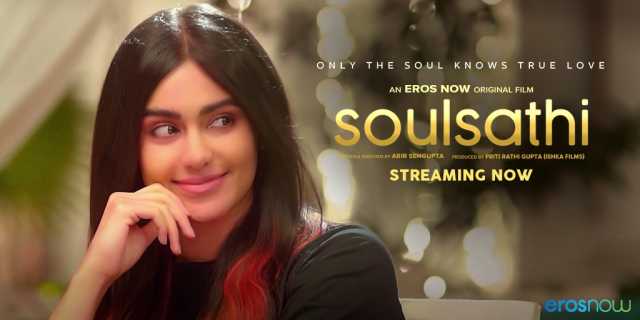 Sengupta wanted to treat the film in a fairy tale manner and that’s the reason he thought of Sharma instantly. “I approached Adah just the day after I wrote the script. I had read her interview where she had spoken about fairy tales and that she believes in them. Somehow that stayed in my head. Also when I saw Commando 3 (2019), I was pleasantly surprised to see a 1920 (2008) heroine doing comedy. I really liked that whole thing,” he said.

As soon as he messaged Sharma, he got a positive reply. “She called me after half an hour and said this is damn interesting, let’s make it. When I mentioned I wish to do it as a double role, she said, bang on, I am doing it. We realized we are completely insync in terms of the creatives. She was imagining the film in the same way as I was looking at it. We took out just two days and shot the film.”

Sengupta’s fondness for fairy tales is reflected in the film. “In my mind this was like a fairy tale. I don’t think we make many fairy tales in India. During our childhood we used to read stories about prince[s] and princess[es]. The visuals in my mind always used to be very fairy tale-ish. Also, I like loud expressions in stories. If I have to say something, I will say it loudly,” he said.

He agrees that life is not like a fairy tale but adds that that is something we always like watching. And that’s why he was particular about having colourful visuals. “Somewhere we aspire for a fairy tale. To have that combination I chose a lot of colours and subtle visuals which are soothing to your eyes. It gives a feeling that you are watching something aspirational but what’s happening is also very real,” he said.

Sengupta is all praise for the cinematographer A Vasanth who selflessly became a part of the project. “He actually loved the script so much that he came down from Chennai for two days to shoot the film. I didn’t have the money to pay him in terms of his ticket, hotel and all that. It was a short film so we didn’t have a lavish kind of a set-up to shoot. And we had to shoot it in two days,” he said.

Because of budget constraints, they were unable to use VFX. Sengupta is glad that has paid off. “We have not used any amount of VFX. We just shot separately and we have treated it in a way such a way that people can’t really figure it out,” he said.

The filmmaker takes inspiration from legendary directors of Indian cinema who never let budget affect their vision. “I always go back to those Hrishikesh Mukherjee and Basu Chattejee days wherein they used to make beautiful films with such low costs. They are always innovative ways to shoot. It’s not that you always need VFX to shoot double role,” he said.

Sengupta’s aim is to ensure people still believe in the concept of soulmates. “A lot of marriages and relationships break in today’s times. But still you can’t stop believing in soulmates and love. So this film is for anyone who has a heart. I just want to re-instil that feeling in them,” he said.