Bobby Deol and I became fond of each other in Aashram, says Chandan Roy Sanyal aka Bhopa


The actor speaks about his role in the MX Player web-series Aashram and his dream of directing one-of-a-kind films.

Prakash Jha’s web-series Aashram has seen Bobby Deol’s entry into the world of web-series. But the show also stars Chandan Roy Sanyal in an important role as Deol’s man Friday Bhopa. The actor has been receiving rave reviews for his work in the show.

Aashram review: Shows how a god-man builds his cult using the gullible and the poor

In a chat with Cinestaan.com, Sanyal said that he is liking the response the show has been generating. “I am myself taken aback by the reactions. I have done nothing special. I have done what I always do. I have done the same preparations and drill. You have no control over these things. You just go and do your job. Finally, it is up to the audience if they find something very intriguing about the character,” he said.

The actor revealed that his casting on the show was pretty simple. “Prakash Jha called me at his office and said that he has seen my work and is fond of [it]. He narrated me [the script] and my part and I said I would love to do this with you,” he said.

Sanyal prefers writing down the characteristics of his character as part of his preparation. He followed the same method here. “Like, Bhopa is calculative and calm person. Nobody knows what is going on in his mind. Baba (Deol) is not in control of his emotions. But Bhopa is in complete control of his system. Baba enjoys attention from the public; very much like an actor. But Bhopa is completely a shrewd businessman. He is very focused,” shared Sanyal. 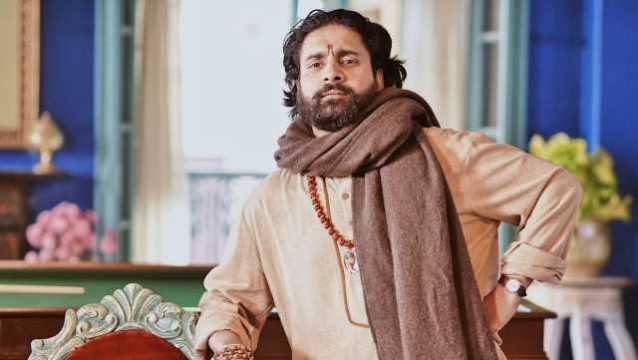 He adds even though his character was negative, he didn’t play it as a villain. “Generally, a villain is shown screaming or talking in a particular way. But Bhopa had control over his emotions and he doesn’t let anyone know what is going on in his head,” said Sanyal.

Sanyal’s fine chemistry with Deol is visible throughout the show. An example of it is in the scene where the two are watching a live feed from a hotel room where a cop gets intimate with a prostitute.

Surprisingly, Sanyal and Deol had never met before the shoot commenced. “We actually met on set while shooting a scene. We couldn’t meet before that. He felt we should just spend time. So we started spending time and luckily, we kind of became fond of each other. Then it became natural. We never had to act after that,” he added.

Sanyal is happy to have worked with the likes of Vishal Bhardwaj, Subhash Ghai, Imtiaz Ali and Nandita Das. “My characters have worked, although the film might not have worked like Manto (2018) or Jab Harry Met Sejal (2017). I had my little fun working with them,” he said. 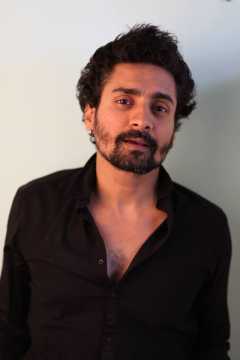 The actor also has a rare feat of working with the veteran filmmaker Buddhadeb Dasgupta in three films in a row – Tope (2017), Urojahaj (2019) and an untitled upcoming film.

“Maybe I am slow with my game, but I think I am playing very well in terms of what kind of films I do and the kind of work I have done. None of the actors have done three films with Buddhadeb Dasgupta. For him to repeat me as an actor is like a stamp. It means I am decent when it comes to acting for him to direct me thrice,” he stated.

Highlighting Dasgupta’s unique style of working, Sanyal added, “He is a poet. He is not a filmmaker. His thinking is another level. He describes a scene like poetry.”

Sanyal has directed some short films like Hiroshima. He aspires to direct feature films too. “It is my desire to make films. I have been working on it. It is an artistic struggle of finding the money. I think I have written very interesting scripts. They will be one-of-a-kind films. Cinema is more about filmmaking,” he said.

In order to sharpen his knowledge about filmmaking, Sanyal observes the directors with whom he works. He did the same with Jha in Aashram. “I used to observe how he shoots a scene. I used to sit for the edit with him. Mr Jha has a clear vision. He takes very few shots. He would know what to keep and what not to. This is how I used to learn from him without telling him and without giving gurudakshina [repaying one's teacher or guru],” he said.