The British-Indian feature, directed by Nathalia Syam and produced by Mohaan Nadaar, will also star Nimisha Sajayan and Lena Kumar.

Adil Hussain, Nimisha Sajayan, Antonio Aakeel and Lena Kumar have been announced as the cast of the upcoming Footprints On Water (2021), written by Neetha Syam, fifth winner of the second Cinestaan India's Storytellers Contest.

The British-Indian feature will be directed by Neetha's sister Nathalia Syam and produced by Mohaan Nadaar’s The Production Headquarters.

Shooting for Footprints On Water is due to begin in Birmingham, UK, in early December. The film, which is set in Birmingham, tells the story of an illegal immigrant father, played by Hussain, who is desperately searching for his missing daughter, played by Nimisha, without alerting the police. Lena Kumar plays Hussain’s wife while British actor Antonio Aakeel plays the role of an Afghan refugee.

Cinestaan script contest fifth winner Neetha Syam: Slightest chance of being read by the jury felt like an opportunity too good to miss

“Footprints On Water is a reflection of the unexpected fate of many illegal immigrants who arrive from their homeland to the UK hoping to turn their lives around for the better,” Neetha had told Cinestaan.com after the contest results were announced. 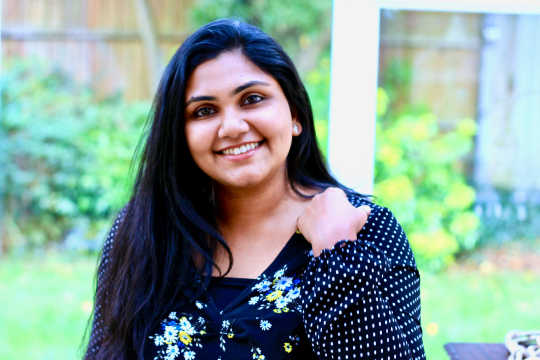 Neetha shared her excitement and acknowledged the role the contest played earlier this year. “I would like to express my gratitude to Cinestaan," she wrote in an email in the wake of the film's casting announcement, "winning the competition has definitely been a milestone in my career as a writer. And [jury chairman] Anjum [Rajabali] Sir for his valuable feedback and encouragement. Thanks to team Cinestaan and the whole jury."

Director Nathalia added in a statement, “As immigrants of Indian origin brought up in Britain, we've had a ringside view into the lives of various people, their cultures, and ethnicities. Neetha's script will be visually approached by elements of realism. Through the plot of an illegal immigrant father's search for his missing daughter, we raise the question of what happens when the invisibles go missing!”

Footprints On Water is also currently at the semi-finalist stage at the Finish Line International Script Competition, Los Angeles.