Ujjwal Basu’s debut feature film Doodhpither Gachh is a story about hopes and dreams. From the trailer, the film seems unique but equally fascinating is the story behind the project, which was entirely funded by 930 families that reside in Aranghata village in West Bengal's Nadia district, as well as cinema lovers in India and abroad.

According to Basu, Doodhpither Gachh belongs to the people of Aranghata and the director hopes to write about his experience making the film, which not only challenged him daily but also enriched him with the locals' ineffable generosity.

After his previous scripts were turned down by several producers, Basu grew convinced that he would have to take an unconventional route to get the project rolling. “I decided not to take the script to any producer and directed my thoughts towards crowdfunding, which many directors have done. And then, I thought of taking crowdfunding to a completely different level,” said the director.

In recent times, single-screen theatres all over West Bengal have been closing down and villagers have been left with few options when it comes to viewing films. Hence, quite naturally, they started losing touch with good Bengali films, said the director. 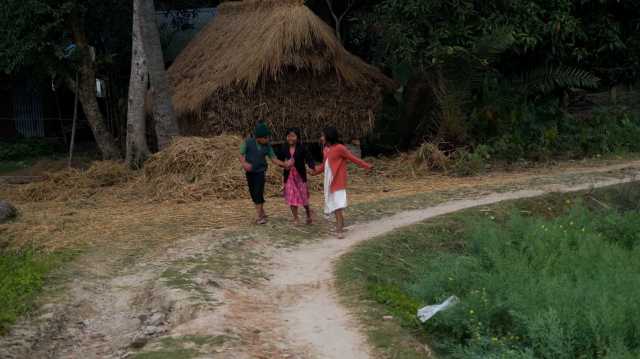 Basu came up with the idea of rebuilding this connection with a single film. “I wanted them to produce their own film, based on their stories, in which they act as well. I hoped to introduce people to this kind of film so that new directors get inspired to associate people from rural India with their projects” he said.

According to his research, such an undertaking was totally unprecedented.

Generally, an online link is generated for the purpose of crowdfunding. Basu, however, took the rustic way of collecting chanda, from house to house, a process that took three long years.

The contribution of 930 families amounted to Rs22,00,000. He raised another Rs18,00,000 with help from his friends in and outside the country. “With this amount, I could complete my film. I required another huge amount to release the film. The members of Shyamshakha Ashram in Joydeb, Birbhum district, took up the responsibility entirely," the director with deep gratitude.

In Doodhpither Gachh, a boy named Gour (Das) is beguiled by the fantasy of rice cake-bearing trees. He even 'plants' the confection, hoping it will grow into one such tree. One day, he gets wind of the land of rice cake trees. The film narrates his journey to find this fabled realm.

Doodhpither Gachh is a metaphorical film about chasing dreams and rising every day with hope while not knowing what life has in store for us. “We live every moment with uncertainty yet keep dreaming like Gour,” said the director.

Speaking about the cast, Basu was set on casting Daminee as Gour's mother from the time he was writing the script. “I approached her saying, 'You are not the protagonist of the film. You will have to portray the mother of three children'. She liked the script quite a lot,” commented Basu.

In the film, Roy plays Gour's father while the grandmother, one of the most crucial characters, has been portrayed by Maity. 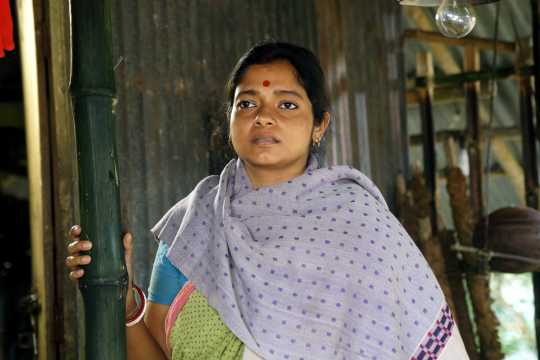 Each day of shooting the film was eventful. If Basu expressed uncertainty about generating funds to continue shooting the next day, a child would come up with clay piggy bank and Basu would suddenly get hold of Rs500.

“Each family would take up the responsibility of preparing lunch and dinner every day. They would cook for more than 100 people each day,” said Basu.

What the director enjoyed the most during the shoot was working with child actors. “They never came across as amateur actors, They were no less than Harshil. Unaware of Daminee’s stature, the children would follow her footsteps, asking the assistant director to help them read their lines.”

Basu shared an anecdote that best describes the ethos of rural Bengal, amid the growing communal unrest nationwide. “I had to shoot a Hindu ritual sequence in a Muslim shrine. On the day of shooting, I saw that many Muslim residents had crowded at a place. When I asked the vendor of tea stall that I regularly frequented about the matter, he asked me to leave immediately and go to the site of the shoot at once.

“Months later, I got to know that the Muslim residents had initially got offended about the ritual taking place at their shrine but a person there convinced everyone, saying that religious difference should not come in the way of my work. He requested them to allow the shooting to take place because he thought all my hard work would otherwise go in vain,” said the overwhelmed director.

With a heavy heart, he recounted another incident. “The kids would often ask me repeatedly whether Prosenjit (Chatterjee) or Dev (Adhikari) would come to watch their films, and I did not have an answer.” 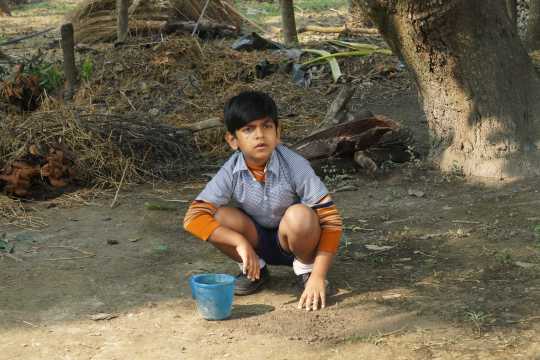 Doodhpither Gachh was initially slated to be released on 3 April, but the pandemic-induced lockdown resulted in the release date's postponement. The lockdown came as a shock to many directors. However, Basu did not lose hope. “I had already been working on the film for two to three years and had struggled a lot. So, I had faith that the situation would return to normal and, hence, waited for the theatres to open,” said the director.

The West Bengal government has allowed cinema halls to be opened before Durga Puja and Doodhpither Gachh will be released in theatres on 21 October. Basu and his team has arranged for the best possible premiere venue for his primary audience: an open ground in Aranghata. “We have got permission from the police and we will also ensure that all my friends can gather there while maintaining social distancing,” said the director.