10 years of Srijit Mukherji's Autograph, a film that keeps giving

Srijit Mukherji’s directorial debut Autograph, which released on 14 October, 2010, is among the most important films of the last decade for several reasons.

Firstly, it brought to the fore a promising helmer, who carved his own space, the strong dichotomy of commercial and art films notwithstanding, and managed to win over both critics and the box office. Secondly, the film has four hit songs, 'Beche Thakar Gaan', 'Chal Rastay', 'Uthchhe Jege Sokalgulo' and 'Amake Amar Moto', that not only seeped into the youth culture of Bengal but also ushered in a new era of film music with the emergence of singer-composer-lyricist Anupam Roy.

Prosenjit Chatterjee, who had starred in out-and-out commercial films, right from his debut in Rituparno Ghosh’s Unishe April (1994) to  Chokher Bali (2003) and Dosar (2006), marked a new phase in his career with Autograph, where he bowled over both the masses and the intelligencia.  continued with Mukherji’s Baishe Srabon (2011), Jaatiswar (2014), Zulfiqar (2016) and Gumnaami (2019), besides the Kakababu films. 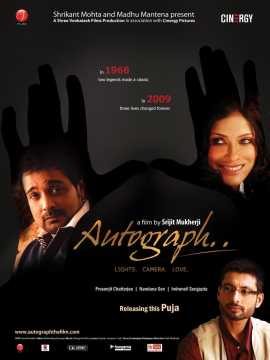 Inspired by Satyajit Ray’s Nayak (1966), Mukherji not only paid tribute to the legendary director and leading man Uttam Kumar, but also intertwined the film's narrative with the journey of Chatterjee's character, a superstar named Arun Chatterjee.

Needless to say, the plotline of Autograph was ambitious for a new director, who dared to remake a Bengali cinema classic as well as detail the journey of film superstars across generations, juxtaposing the reel and the real. However, the most ingenious aspect of the narrative was the tale of the newcomer director Shubhobroto Mitra aka Shubho, played by Indraneil Sengupta, who happens to meet the fictional superstar at the right time in his career and readily agrees to direct his new film.

Arun, desperate to prove his ability to single-handedly carry a film, decides to produce Shubho's film and act in it as well. Shubho, all too conscious of his uncompromising vision, makes it clear from the get-go that he wishes to make a ‘different’ kind of film and will not countenance romance and item numbers.

Autograph also shows what happens when a struggler suddenly takes a giant step toward success. Unaware of Arun’s intentions, Shubho begins to get overconfident and doesn’t hesitate to cast his girlfriend Shrin (Nandana Sen), a stage actor, as the leading lady in the film, Ajker Nayak. 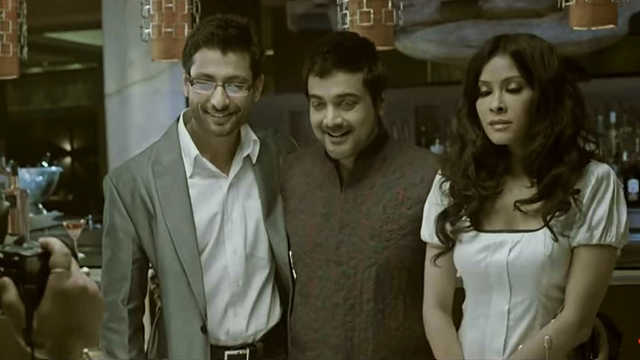 Though Arun initially takes pride in having been the sole choice to portray Uttam Kumar, he begins to reflect on his own life and he finds it strikingly similar to the story of Nayak. While watching the Autograph, the audience might expect Arun to chew the scenery; however, he begins to turn vulnerable and seeks refuge in his co-star Shrin.

On the other hand, Shubho goes off the rails on an ego trip. Initially unperturbed about the commercial outcome of the film, he decides to leave no stone unturned to make his film a success and his character gradually transforms into a manipulative and shrewd schemer. He also endlessly manipulates Shrin for his own benefit while simultaneously taking stock of her burgeoning friendship with Arun.

Never keen on becoming a star, Shrin not only gets to see her live-in partner unmasked on the cusp of success but also feels the pangs of regret for unintentionally inflicting damage to a man to whom she had looked up from her college days.

The ending of the film satisfactorily ties up the parallel narratives that abound, though It is difficult to say whether the characters gain or lose in the end.

Chatterjee’s charismatic personality propels the film. However, in the midst of sequences that are heavy in dialogue and gesticulation, all performances tend to overwhelm, not giving the audience a chance to appreciate them distinctly. And while cinematographer Soumik Halder did a commendable job incorporating the details of Kolkata life and culture into the film, the rhythm imbued by editor Bodhaditya Banerjee is dizzyingly frenetic. 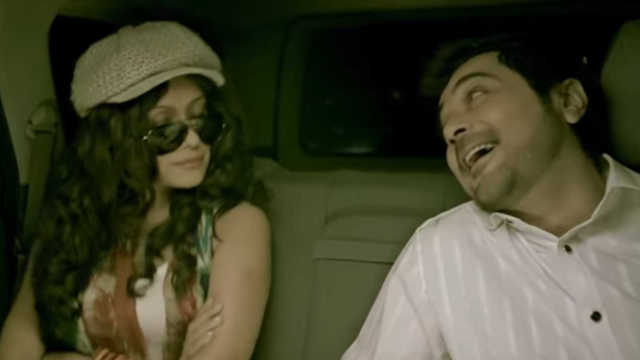 However, the aforementioned song sequences, as well as the background score by Debojyoti Mishra, breath life into the film, ensuring that the meaningful ending has a lingering effect.

More than paying tribute to a classic, Autograph cemented Mukherji's place in history as an auteur who gifted the industry with a novel approach to telling ambitious tales.