Let's look at the silver linings and appreciate the good instead of gossiping: Shweta Tripathi Sharma


The actress explains how the lockdown has been fruitful for her and opens up on the anticipation for Mirzapur's second season and the controversies roiling the film industry.

Shweta Tripathi Sharma considers herself fortunate. At a time when the COVID-19 pandemic and the subsequent lockdown have prevented artistes from stepping into studios, she has seen two of her films, Raat Akeli Hai (2020) and Cargo (2020), released to critical acclaim on Netflix and an equally well-received web-series, The Gone Game, released on the Voot Select platform. And with Mirzapur (Season 2) also heading for an OTT release, the grateful actress is convinced that patience bears sweet fruit.

Shweta Tripathi Sharma opened up in a conversation with Cinestaan.com about her role as astronaut Yuvishka Shekhar in Cargo, her various projects and the creative forces that have shaped them. Excerpts:

How goes the lockdown?

It has been a very difficult time for most of us. But I have been fortunate to see a silver lining. Personally, I have a lot to be thankful for. For an actor, it is very important that the work we do, with so much love and effort, reaches the audience.

With Raat Akeli Hai, Cargo, and now Mirzapur (Season 2), it seems really really good. As they say, the fruits of patience are sweet. I feel fortunate about the kind of work I have done and the people I have worked with; they made it all worthwhile.

I loved Cargo when I saw it at MAMI 2019, but watching it again, in these isolated times, feels a bit surreal. Did you agree?

I think it's true. I had also seen it for the first time in 2019. When I saw it then, and when I watch it today, there are so many layers to it that I am still understanding. There is so much I am learning from [filmmaker] Arati [Kadav] even now. Why she did what she did, and the constraints, the difficulties, and the situations we were in, how she modified those to suit the story. This is something that [filmmaker] Shlok [Sharma] had told me during [the making of] Haraamkhor: every film has its own journey. I believe the same.

We shot Cargo in 2017, and it has been released in 2020. I believe this is the best way it could be released. Also, because of the lockdown, many people are understanding the things Arati wanted to explain, what she wanted to say.

What were your first thoughts on the script?

For me as an actor, more than winning awards, the greater validation is when a writer writes a script with me in mind. That is one of the most special compliments one can receive. That is exactly what happened with Cargo. So when the script came to me, the character's name was Shweta as Arati wanted me from the beginning to be a part of the project. The first thing I told her was to change the character's name.

I have not worked with anyone, director or writer, who looks at the world through the lens that Arati does. All her stories are, therefore, layered but simple. You will take away the state of mind that you are in. What is your state of mind will decide [the meaning of] the story [for you]. You will interpret it according to that.

I think, in today's day and age, when there is too much negativity and hate, and people waiting to troll someone at every opportunity, we should thank the lockdown for putting a pause on our lives. To help us prioritize what is important, even as individuals, and as a society, what we are doing to the world around us, to nature, it is high time we speak about things that are more important than gossip.

The camaraderie between Vikrant Massey and you has helped the film. Did the familiarity from Mirzapur make a difference?

We were shooting for Mirzapur when the script came to me. They were looking for Prahastha. I just picked up the phone and told Vikrant, "There is this role that you might be interested in. Would you like to meet the director?" That day we went to meet Arati. It was like an arranged marriage. In the first 15 minutes, without reading the script, Vikrant had the trust. When he met Arati, he really liked her energy. 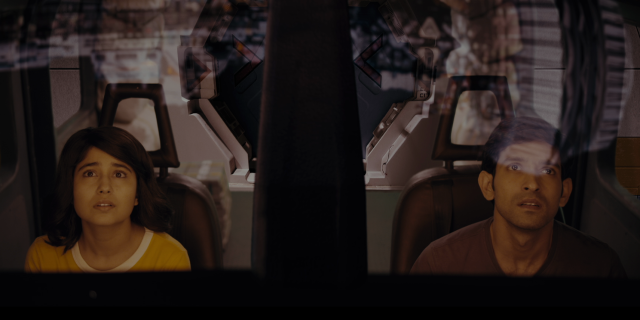 Casting is very important. I have done casting before. I know that no matter how good your script might be, or how good a scene might be, if your casting is not correct, the emotions and the story do not come through. They will fall flat. For me, the cast is the most important thing. By that I do not mean it should be a big name or a familiar face; just a good actor, whether new, young or old. Massey is one of the actors I really respect because he has had his share of troubles. Now, he is getting the kind of work that he should be doing.

I know that if my co-actor is good, even my best will come out. It is like a game. You need your opponent to be as strong; only then is the game interesting. It is very important for everybody to feel that passion. Vikrant is a very focused actor, and the energy he brings on the set is very good.

You spoke about the imminent release of Mirzapur (Season 2). Are you excited?

I am super excited! I think Mirzapur (2018) was not as big when it was released. But season 2 is big. It is a big deal for us. Judging by the reactions, the anticipation is a big deal. I have not seen a reaction like this. It is overwhelming.

Does the hype worry you?

That will be there. That is the fun and excitement. That sense of butterflies will be there. The thing is that we have done everything we could. There is a lot of love that has gone into Mirzapur (Season 2). For my character and, personally, for me, it was one of the best experiences I have had. I am very happy how it has turned out.

What else are you looking forward to this year? It has been an odd one, to say the least...

For me at least, it has been good. Raat Akeli Hai, followed by The Gone Game, which was completely shot in the lockdown, with my portion shot by my husband. That experience was something totally different. Then, there was Cargo and now Mirzapur.

In addition, there are a couple of projects that I have signed on, for which shooting will begin in the coming months. I don't want to talk about them because the makers [are yet to] announce them.

Considering the turmoil surrounding the industry, it must feel odd for people on the inside.

This is 'MY' industry you are talking about. Considering the support and love I have received, I feel lucky and blessed. I have had people holding my hand and guiding me throughout the 10 years I have been in Mumbai. I can only pray that others get to experience that as well.

There are roadblocks in every field, in every industry, no matter what you do in life. If I could request for one thing, it is to look at the possibility. Let's look at the silver linings. Let's appreciate the good in each other, rather than shaming them without knowing their story. You need to understand that what we are talking about is someone's life. What starts as gossip or entertainment is someone's personal life.