I always wanted to direct: Ajay Sharma on Jolly 1995


The editor speaks about turning helmer with his short film, which is being streamed on Disney+ Hotstar.

Editor Ajay Sharma has made the transition from the editing suite to the director's chair, following in the footsteps of his contemporaries Shree Narayan Singh and Akiv Ali. Sharma, who has worked on Jagga Jasoos (2017) and Karwaan (2018), makes his directorial debut with Jolly 1995, which is being streamed on Disney+ Hotstar. The short film explores the highs and lows of first love.

Sharma decided to take the leap with Jolly 1995 as the length and story of the short appealed to him. “I always wanted to direct, but I was always busy editing and writing,” he said.

The filmmaker wanted to helm a feature film first but fell in love with the concept of the romantic 15-minute film.

The project reunited him with actor Eshaan Shanker whom he knew previously from their time together at Dharma Productions. “We both were working there [as] assistants. We connected and liked each other’s thoughts, so we both decided we should make this first and see how it goes,” he said.

Shanker plays Jolly 1995’s lead character, Rahul. “I loved how [Eshaan] has interpreted his character. Jolly 1995 is a 70% silent film. There [are few] dialogue[s] and Eshaan did very well,” Sharma added.

Jolly 1995, which was shot last year, was completed during the lockdown. The short film is steeped in nostalgia, set in a time bereft of the modern gadgets and smartphones that have become essential to romance now.

Sharma was exploring the idea of a feature film set in the 1990s but decided to experiment with a short film first. “On paper, you always think that it will be nicer, but visually when you make it, it turns out to be something else. So I wanted to see how it would come out. Because a feature [film] is always an expensive, broader  thing,” he said.

The title is borrowed from the school game Jolly, which required kids to have a pen mark, usually a dot, on their palms. In the absence of mobile phones, Jolly 1995 features messages sent via cassettes. Sharma felt it important to incorporate these nostalgic props into the short.

“If I’m showing 1990s and if I’m not showing 1990s elements in the story, then what is the point,” he stated. “I recalled all these things because I myself am a 1990s kid. I took three years to tell my love that I loved her through letters because woh time aisa hi hota tha.”

The editor-turned-director also shared that he was really influenced by Yash Chopra’s films like Kabhi Kabhie (1976), Chandni (1989), and Lamhe (1991) growing up. “I used to bunk my classes to watch his films, first day, first show,” Sharma said. “He’s always an inspiration. Woh ek malaal mere dil mein abhi bhi hain ke maine sub logon ke saath kaam kiya hai, lekin obviously I didn’t get a chance to meet Yash Chopra ji personally. This was my dream to work with him. But at least, I can try to be inspired by him and make films like him. I always want to make romantic films.”

Sharma, who studied at Shri Ram Centre for Performing Arts in New Delhi, was encouraged by his teachers to join an institute like the National School of Drama (NSD) or the Film and Television Institute of India (FTII). But he felt that these paths weren’t for him.

“I thought I should work and learn, gain experience and come to understand the reality,” he explained.

The institute teaches you an ideal world. That doesn’t happen really. The world is changing every month and they teach you the films of [Federico] Fellini, [Jean-Luc] Godard and [Akira] Kurosawa. But that’s not how are our audience is today. If you want to make a film in India, you have to understand the Indian audience, Indian filmmakers, Indian market and approach. That’s why I wanted to join the Hindi film industry, so I met [editor] Akiv Ali, and he really liked me and I worked under him for a few films.”

“And [producer] Mahesh Bhatt was always impressed by me, so I did just two films as an assistant earlier, and he told me, ‘No, you are ready to be an editor. Edit my next film.’ So I started working with Vishesh Films and since then I’ve been editing,” he continued.

Sharma, who has been in the business for 14 years, also spoke about having a good rapport with the maker of the film he is cutting. “It’s always very important because a director is not always sure about his rushes,” he explained. “Because of the digital format, every director shoots a lot. First of all, you have to have a rapport to tell him 'boss, this is working, [or] this is not working'. You have to have a friendly approach.”

“And once start editing, I forget my script, because what is written there doesn’t necessarily have to be shown on the screen. You have to see it from the beginning. That this is a new visual script now and I have to work around it,” he said. 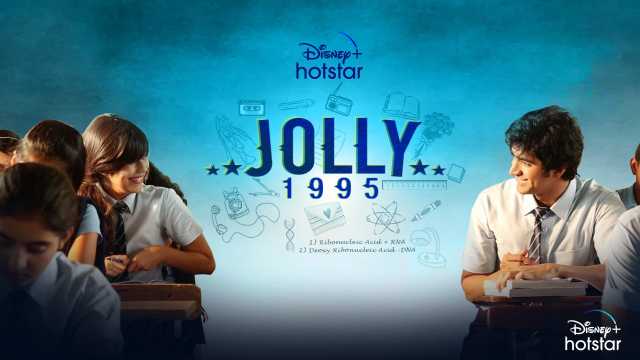 He also shared the importance of being organised in the editing suite, which is like a second home at times. For projects that take a long time to be completed, Sharma revealed it is necessary to take a break when one gets too attached.

“That is the time when I write, and I go on a different tangent basically,” he revealed. “I write my own films and get involved in them so I’m completely detached from the editing part. I tell my assistants to keep working, and after taking a break or after finishing the first draft of my own scripts, I go back and watch it again, and then I get a fresh perspective.”

Sharma has also had a long association with filmmaker Anurag Basu working with him on films like Life In A... Metro (2007), Barfi! (2012) and the upcoming Ludo (2020). “I have worked with many directors, but Anurag Da is very special,” he said. “The way he imagines his scenes [and] stories, and the kind of passion he has, nobody has, I believe. Surprisingly when I had thought to join the industry, Gangster (2006) was the film that I thought that yaar, yeh director hai! I want to work with him. And that happened actually.”

This year, Sharma has moved on to editing web-series with shows such as Rasbhari and Bandish Bandits and said he was enjoying learning from this new field, even though it was more labour-intensive.

“[A] series is a long process,” he stressed. “It’s more time-consuming, but the good thing is, our characters can breathe more in that. I really like that we can establish our characters nicely, clearly, but in films, you have to do it in five minutes. But here you have a chance and I feel now, after so many years, Indian filmmakers [and] writers are understanding web-series.”

Sharma, who has films such as Indoo Ki Jawani (2020) lined up for release, wants to hone his skills more as a filmmaker and is pleased with the positive reactions he has received for the short film.

“After Jolly 1995, I am thinking of making another romantic film. I think this is the genre I should explore [and] understand more. Frankly speaking, I was never confident about Jolly. I was not sure if I should release it or not. But my team was very sure,” he said candidly.