The film sees Sharma and Smita Jaykar play an aged couple whose son has settled in the United States and forgotten all about them.

Filmmaker Pragyesh Singh has said that veteran actor Shishir Sharma, who was required to break down often in his short film Chhoti Si Guzaarish (2017), didn’t need to resort to artificial substances to stimulate tears.

The film sees Sharma and Smita Jaykar play an aged couple whose son has settled in the United States and forgotten all about them.

Speaking about Chhoti Si Guzaarish, Singh said in an official statement, “This was a very challenging role for Shishir as he has never cried so much onscreen before. During the shooting, Shishir was very sad and cried several times. He has not used glycerine during the shoot, but he just imagined [the character] and adopted the story and every shot came naturally [to him],” said Singh.

Stating that the film holds a mirror up to society, Singh said it would be equally relevant 10 years on. "In the race to success, parents are left behind, which lead them to be frustrated and they start living a meaningless life (sic),” the filmmaker said. 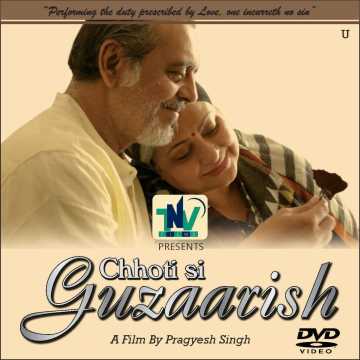 The makers have shot in real locations across Lucknow and Kanpur. “To give the film a realistic look, the cremation ceremony was conducted at a real place in Lucknow and Asthi Visarjan scene was shot at Bithoor Ghat at Kanpur,” added the director.

Chhoti Si Guzaarish is currently being streamed on MX Player.