Feluda Pherot is a collaboration with my childhood memories of the sleuth: Srijit Mukherji


A purist when it comes to the iconic character, the director followed Satyajit Ray’s sketches and writing instead of taking inspiration from his films.

Along with his internationally acclaimed films, Satyajit Ray's private investigator Feluda is a major Bengali cultural export. Ray himself helmed the first cinematic adaptation of his stories with his favourite leading man Soumitra Chatterjee essaying the lead role, cementing his creation in popular consciousness.

After Ray, his son Sandip inherited the rights and made television and film adaptations of the Feluda stories such as Bombaiyer Bombete (2003), Tintorettor Jishu (2008), and Gorosthane Sabdhan (2010) featuring Sabyasachi Chakraborty as the sleuth. Chakraborty’s portrayal has been deeply embedded in the minds of an entire generation as he has acted in the most Feluda adaptations.

However, working on Feluda has been a dream of many up-and-coming directors. More than 10 years ago, when the National Award-winning director Srijit Mukherji was working in theatre in Bangalore, before venturing into films, he wrote the play Feluda Pherot with Chakraborty in mind. The production materialised but without the actor’s participation. Also, the success of the play proved to be a turning point in his career as he left his job soon after.

During the screening of Tintorettor Jishu, when the entire team was being applauded, Mukherji spotted Tota Roy Chowdhury, who played a crucial part in the film, and told him if one day he had the opportunity to work on a Feluda film, he would cast him as the sleuth.

The opportunity arrived unexpectedly 12 years later when Mukherji was discussing a film project with Surinder Films and Addatimes and learnt of a web-series adaptation of Feluda stories. He instantly jumped at the opportunity to the surprise of some, who didn't expect the director to take to the web medium.

As promised, he finalised Roy Chowdhury after initially short-listing other actors, including Abir Chatterjee, for Addatimes’ upcoming series Feluda Pherot. As Topse, he cast newcomer Kalpan Mitra, and he admits that he had no second thoughts about casting Anirban Chakrabarti as Jatayu after he watched him in the series Eken Babu. 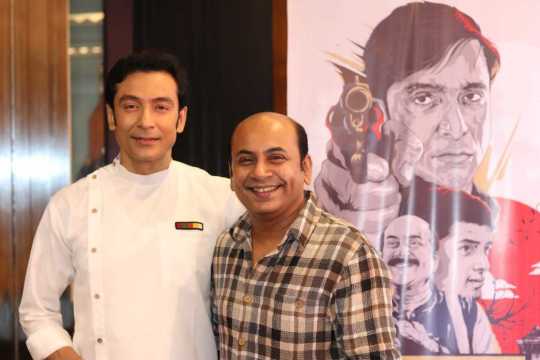 Asked whether he was under any kind of pressure while carrying forward the legacy of the cherished character on a new platform, Mukherji replied, “It’s been a joy to have the opportunity to celebrate the nostalgia of my childhood associated with Feluda."

Mukherji followed Ray’s sketches and writing instead of taking inspiration from his films. “I believe even Ray’s own cinematic adaptations had sometimes deviated from what he wrote in his stories. I have even used some of the dialogues, directly from the books. His writing is so cinematic and picturesque that it is quite easy to adapt it into the screenplay. I have tried my best to capture his sentiment as an author in the series,” said Mukherji.

According to him, in the process, Mukherji’s younger self — the avid reader of Feluda — often made his presence felt in his sub-conscious mind, directing his thoughts and ensuring that he did not deviate from Ray’s stories. “My memories of buying books featuring Feluda in my childhood, when compilations of Feluda stories had not yet arrived in the market and idolizing the larger-than-life character for the first time played a great role in the entire process. It was a new experience every time I watched Ray’s Sonar Kella (1974) and Joy Baba Felunath (1979) numerous times.

“The nostalgia has got layered over the years. Eventually, Feluda became a part of the idea of traditional Bengali culture and memories from my days of growing in the lanes of Bhawanipore. I can say that I have made the series in collaboration with my past,” reflected the director.

Mukherji is also quite excited to come to terms with both the advantages and disadvantages of the web platform for the first time. The film rights are currently only available with Sandip Ray. 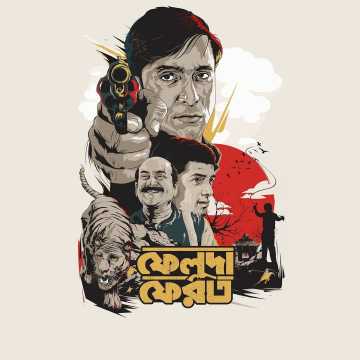 Mukherji’s aim is to set alternate seasons in different time periods. While Chhinnamastar Abhishap is set in the time in which it was originally written, Jawto Kando Kathmandute has been rendered as a modern adaptation.

“Chhinnamastar Abhishap is one of my favourite stories. Incidentally, it is also a story that no one has adapted cinematically before,” commented Mukherji. “I am a forest person and prefer it to hills and beaches. So, I had my favourite elements in the story, including some riddles and punning. It is a complex story on family and relationships," added the director, who also felt that since animal-related games, which plays an important role in the film, are not permitted anymore, setting the story in the time in which it was written has been a wise choice.

Unlike Chhinnamastar Abhishap, Jawto Kando Kathmandute has been previously adapted before. However, since the story has already been adapted into a modern context, one of the reasons being the impossibility of presenting the old Kathmandu after it was ravaged by the deadly earthquake in 2015, some changes had to be made. “You cannot have a smart detective moving around without a smartphone now. I may have consciously avoided the role of phones in the investigation but there have been some very superficial alterations," said the director.

In the entire process of making Feluda, Mukherji had one of the most satisfactory moments while casting Chakrabarti as Jatayu, as he feels he is the closest to Santosh Dutta, who iconically portrayed the character in Ray’s Feluda films, in terms of capturing the spirit of Jatayu. It is well known that Ray had stopped making Feluda films as Dutta had died and he could not find his match for the role.

“I strongly feel that Jatayu’s sense of humour is not slapstick. He is an amusing and entertaining person with weird perspectives that instantly brings a smile to your lips. I told Anirban that his lines were funny but didn’t he try to make it doubly funny by acting funny. I am happy that he followed a certain body language and a scansion without overdoing it,” stated the director.

Mukherji is happy that at the end of making the series, his younger self is fully satisfied. He will continue to remain a purist when it comes to the beloved character and will not muddle upcoming Feluda projects with his own perspectives.