Lot more in me besides Bunty, says Jatin Sarna on Dark 7 White


The actor plays a tough cop in the forthcoming show and is confident he will be just as memorable as his Sacred Games gangster.

Jatin Sarna, who plays a pivotal character of an assistant commissioner of police (ACP) in the web-series Dark 7 White, is still known for his phenomenal performance as Bunty in the web-series Sacred Games (2018).

During an online press conference to promote Dark 7 White, Cinestaan.com asked Sarna if he was fine with still being labelled Bunty or he was eager to come out of that image.

“I have to come out of it,” Sarna responded. “It feels good and I really enjoy it, it’s not that I feel bad that people call me Bunty. But I want to tell them there is a lot more [in me] apart from that. This character [ACP Abhimanyu] in Dark 7 White will turn out to be a milestone for me, I believe. It’s a very different character from what I have played earlier.” 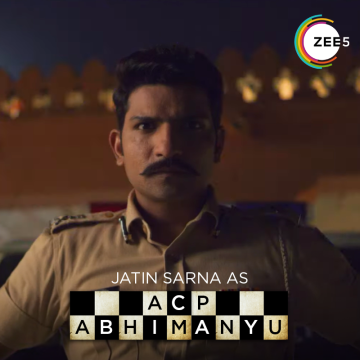 Sarna believes it is just a matter of time before the audience starts knowing him by his real name. “The more I work from here on, the more things will change," he said. "After that happens, I will come up with ‘The Jatin Sarna’. But I still enjoy [being called Bunty]. If people like it that way, I don’t have a problem because we are doing it for their love.”

During the conversation, actress Nidhi Singh, who is also a member of the cast of Dark 7 White, revealed that she did the show only because she knew of Sarna as Bunty. “It is because of your [character] Bunty that the minute I got to know Jatin is doing this show, I was like ‘where do I sign?’”

Directed by Sattvik Mohanty, Dark 7 White will be streamed on ALT Balaji and Zee5 from 24 November.