I hadn't read a script with such complex and deep characters in a long time: Yashpal Sharma on Das-Capital


The actor plays the lead in Rajen Kothari and Dayal Nihalani's upcoming film, which will be released directly on Cinemapreneur, eight years after it was completed.

A film is often the child of scores of people rather than one or two, and its release or canning affects all of them in equal measure. For actor Yashpal Sharma, Das-Capital evokes several memories. It was almost a decade ago when the late Rajen Kothari, who directed the film along with Dayal Nihalani, approached the actor with a script based on writer Shaiwal's story Arth Tantra.

Bowled over by the screenplay, Sharma immediately agreed to essay the lead role of Purushottam Ram, a lowly government clerk caught between his ambitions and a ruthlessly corrupt bureaucratic hierarchy. Completed eight years ago, the film will be released on Cinemapreneur on 20 November 2020. 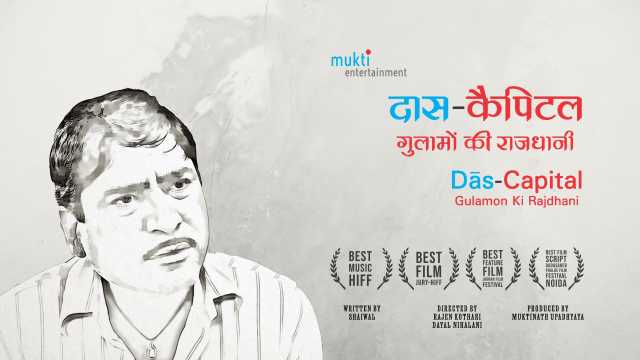 Speaking on the phone, Sharma said that the film's release, long after the demise of its maker, was bittersweet. He said, "Such content is often difficult to release. Distributors are often unwilling to buy such content, let alone pay the money that has been spent in making it. It is made with such great difficulty." He added that Kothari, whom he compared to a saint, would have been happy to see the film finally reach an audience.

Although Das-Capital was completed eight years ago, the film still feels relevant in terms of underlings being oppressed by corrupt superiors.

Think about it. It was filmed eight years ago but was written almost 25 years ago. Shaiwal sir wrote the story Arth Tantra a long time ago. That's when Rajen Kothari sir picked it up to make the film with Raghubir Yadav and Seema Biswas in the lead. But it [this version] never happened. Kothari sir once sent me the script, seeking my opinion. I'll be honest. I haven't read another one on the same level for many years. I have done big films, but the complexity and content of this film are unmatched. It is not easy to describe.

The smallest character expresses an entire lifetime through his lines. It is written very well. He (Rajen Kothari) had worked on Damul (1985) and Mrityudand (1997). I think he was a boon to the industry. Sadly, this would have been his time. He should have stayed on a little longer. This is a time when web-series are being made on such complex content.

I was on my way to Jalgaon when I had told Kothari sir I would reply in a couple of days. But by the time I reached Nashik, I had completed reading the script. As soon as I read it, I told him we would do this. I immediately cancelled most of the projects I was supposed to do and focussed on this.

Yes, I did the casting myself. The focus was that even a small line should be delivered by a good actor. We had 105-107 actors from Indian theatre, the National School of Drama, the Film and Television Institute of India and other major institutes.

The trailer also hints at the sharp satirical tone that underlines the film.

The key to Shaiwal's writing is that does not say things flatly. It uses strange phrases and nuances that add to the robust, rustic language of Jharkhand and Bihar. It is a homage to that. Not just the key characters, but every character speaks in an impactful manner. The only thing I can say about the writing is that it leaves you speechless.

How did your interaction with Rajen Kothari begin?

He was handling cinematography in my second film, Samar (1999), directed by Shyam Benegal. I knew him from back then. He is like a saint. There are few people like him in the industry. Perhaps God liked him too much, but he would have been so happy today to see the film be released. The film won the Best Film Award at the Jagran Film Festival, and he departed.

His cinematography and eye for lighting are instantly recognisable. What was he like as a director?

He was like a father and friend. He had those two qualities. How to explain a scene, and how to get an actor to do it was something that came easily to him. He never forced me to adopt a style to do a scene. He would tell me, 'Show me how you are doing it.' And 99% of the time, he accepted my choice. He created a design and a blueprint for the story, with every character in its individual spot. Within that spot, he gave us complete freedom. 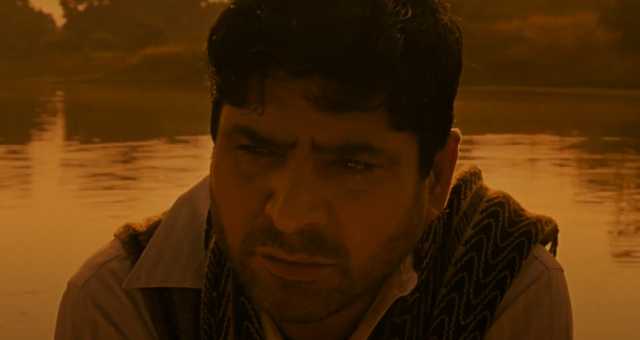 It must be a bittersweet experience to see the film being released after so many years, but with so many people no longer with us.

Yes, devastatingly so. Such content is often difficult to release. Distributors are often unwilling to buy such content, let alone pay the money that has been spent in making it. It is a great difficulty. I would like to thank Pratik (Rajen Kothari's son), who has worked so hard to get this film released. It was because of his constant efforts that it is finally available for audiences to see.

It has been a strange year. How are you getting through these times? What else are you looking forward to?

I have done a couple of web-series and films. I am looking forward to Yash Raj Films' Bunty Aur Babli 2, and another film by Victor that I am working on.

Weren't you also directing a film?

I am, and we were in post-production when the lockdown struck. Now, we have slowly been completing the film. We should be ready in a month. It is a musical based on the life of Haryanvi poet and folk artist, Pandit Lakhmi Chand. The film is named Dada Lakhmi - The Musical Journey of Lakhmi Chand. The plan is to prepare for a release in March or April when theatres will open. Otherwise, OTT is one way. But we are looking at a March-April release date.