There is a lot of edginess in today's kids, which is exciting: Soumitra Ranade


The director of the angst-ridden remake of Albert Pinto Ko Gussa Kyon Aata Hai has now turned author with the illustrated children's book Bhrigu and the Palace of Mirrors.

Filmmaker Soumitra Ranade, who directed Albert Pinto Ko Gussa Kyun Aata Hai (2019), surprised one and all by writing and illustrating a children's book, Bhrigu and the Palace of Mirrors.

The story revolves around a young boy who stumbles upon a secret involving an ancient myth on the film set of his movie director father. The book is a novel attempt to transport readers to a historical location.

Speaking about the thrilling and mysterious nature of the book, Ranade said that the days of writing cutesy stories for children, who are now exposed to the outside world, are over.

Having begun his career in the visual arts after graduating from the Sir JJ School of Art, it is no surprise that Ranade's work relies heavily on the visual element. His first film, Jajantaram Mamantaram (2004) remains a milestone in terms of its use of animation and visual effects. 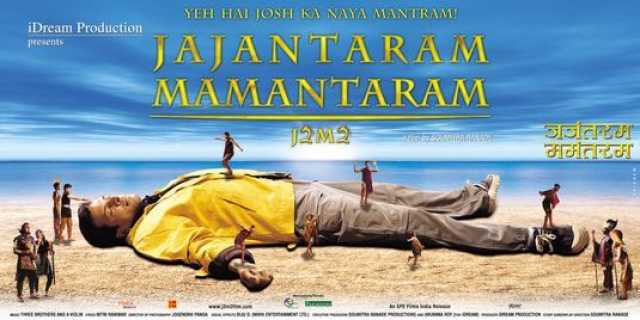 With another animated production, a long feature documentary and the second book of Bhrigu's adventures in the pipeline, Ranade remains as busy as ever.

We last spoke when you had finished Albert Pinto Ko Gussa Kyun Aata Hai. To go from an angsty drama to a mysterious fable for children is quite the transition. How did it take place?

Very honestly, it was to maintain my own sanity. It was important to get back to some fantasy, some routine in life. I thought I should do something totally different. Something for kids. Although I would not like to call it a children's book. I don't know the meaning of the term. All the books I've bought for my kids, I have also read and enjoyed.

The book, for all its adventure, has a scary element to it.

I have two kids myself and have interacted with them and their friends quite a lot. What I have learned is that the style of writing cute stories for kids is over. Kids today are exposed to a lot of things. They see the world around us. Whether it is on our news channels or OTT platforms or social media. There is a lot of edginess in the kids now. They also enjoy reading that kind of stuff, which is kind of scary but also exciting. Also, I didn't want to write a cute little short story. I am not that kind of person.

How challenging was it to write for kids of this generation?

The story first came to me when I was travelling in Lucknow. As I was visiting the Bhool Bhulaiya in the city, I saw a busload of school kids, who were running around. The way they responded to that place, it was like a video game had come alive. They were running around and hiding, but there was also a certain fear in their eyes — what if they actually got lost in the maze? The idea came to me when I was back in Mumbai, and I started working on the story.

Writing this book for me was actually very liberating because when you are writing a film script, you are always thinking of the shooting process. You are conscious of the budget. With lower-budget films, in particular, we start eliminating things at the script level itself. For me, there was the liberty to not be thinking about that. I could put the story wherever I wanted to. I didn't face any pressure while writing this story.

Then, of course, I had not written a graphic novel. So I felt I had to get the story and images to come together. It is not a painful process, but a rather exciting one.

How did you approach the illustrations?

Apart from being a filmmaker, I am also a photographer. It must play a role in my work as an illustrator. While illustrating from scratch, I thought that it might be interesting to have a photographic approach for a book like this. I've taken several photographs of people around me for the characters. The character of Damodar is me, and the character of his wife is based on my wife. 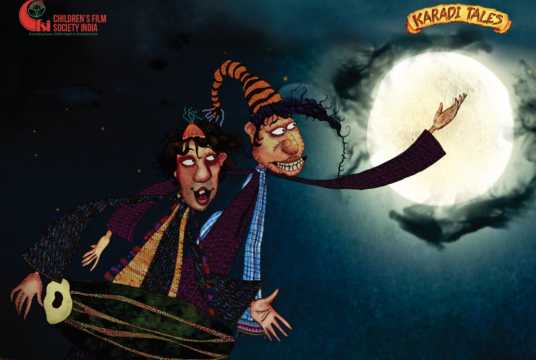 Your past work in animation, whether it is Goopi Gawaiyaa Baagha Bajaiyaa (2019) or your debut Jajantaram Mamantaram, there is this element of the surreal blending in with the real. This theme is also seen in Bhrigu and the Palace of Mirrors.

My first education has been in the visual arts from the JJ School of Arts. At that time, we didn't have computers or digital technology. Even then, if you see my work, it anticipates these changes. Back then, we used to try and make all effects on the camera itself. After the advent of digital technology, it became accessible to people like us. That is when I made Jajantaram Mamantaram. The technology adds to the tools required by filmmakers.

For me, because of my background in visual arts, film and animation, I find it very exciting to put all these together in a book. The book can be made into a film, the way it is written and illustrated. I like this crossing over of media.

Are you working on other projects? Will there be a sequel to the book?

I am, at the moment, working on several things together. I am working on a feature film script, and that's not for kids. I am also working on a documentary, which I have been making for four-five years on Arunachal Pradesh. I need to go there once more, and I plan to do that in January.

I am also working on a short experimental animation film. It will take some time. And because I got such a lot of joy working on Bhrigu, I have planned to continue to the adventures with another story based on the Jantar Mantar. I want to make a series on historical monuments. We have so many monuments that kids are not interested in. It becomes of no value to us, unless they are interested. Telling them about history, who made it and the dates become a bit boring for them. They are interested only when they are involved in the stories. For me, it is an effort to get them involved with monuments.

I am also working on the production of an animation film on [Rabindranath Tagore's short story] Kabuliwala. But as you know, it is a difficult task to get funding for an animated film.

Another story told from the perspective of a child, but with so many layers...

It is a child's story, but it has so many layers. Especially in this age, when there is the fear of the outsider. It is a very valid story in these times.