Made during the lockdown, the short film sees the actress play Aladdin's Jasmine in the year 2035.

Actress Bidita Bag has made a short film during the lockdown titled Happy Quarantine. The film also sees her don the role of a creative producer. Co-star Mithun Debnath has directed the film.

Interestingly, Debnath and Bag play Aladdin and Jasmine but there’s a twist. They are stuck in the year 2035 and are faced with an unusual problem. They hope that the Genie, played by Dibyendu Bhattacharya, will bail them out once again.

This idea was pitched to Bag by Debnath. “He is very creative and interested in direction. I have acted with him before. He was thinking of making it into a dark satire zone. But I told him people are already depressed so we should make it glossy, glamorous and commercial,” said Bag in an exclusive conversation with Cinestaan.com. 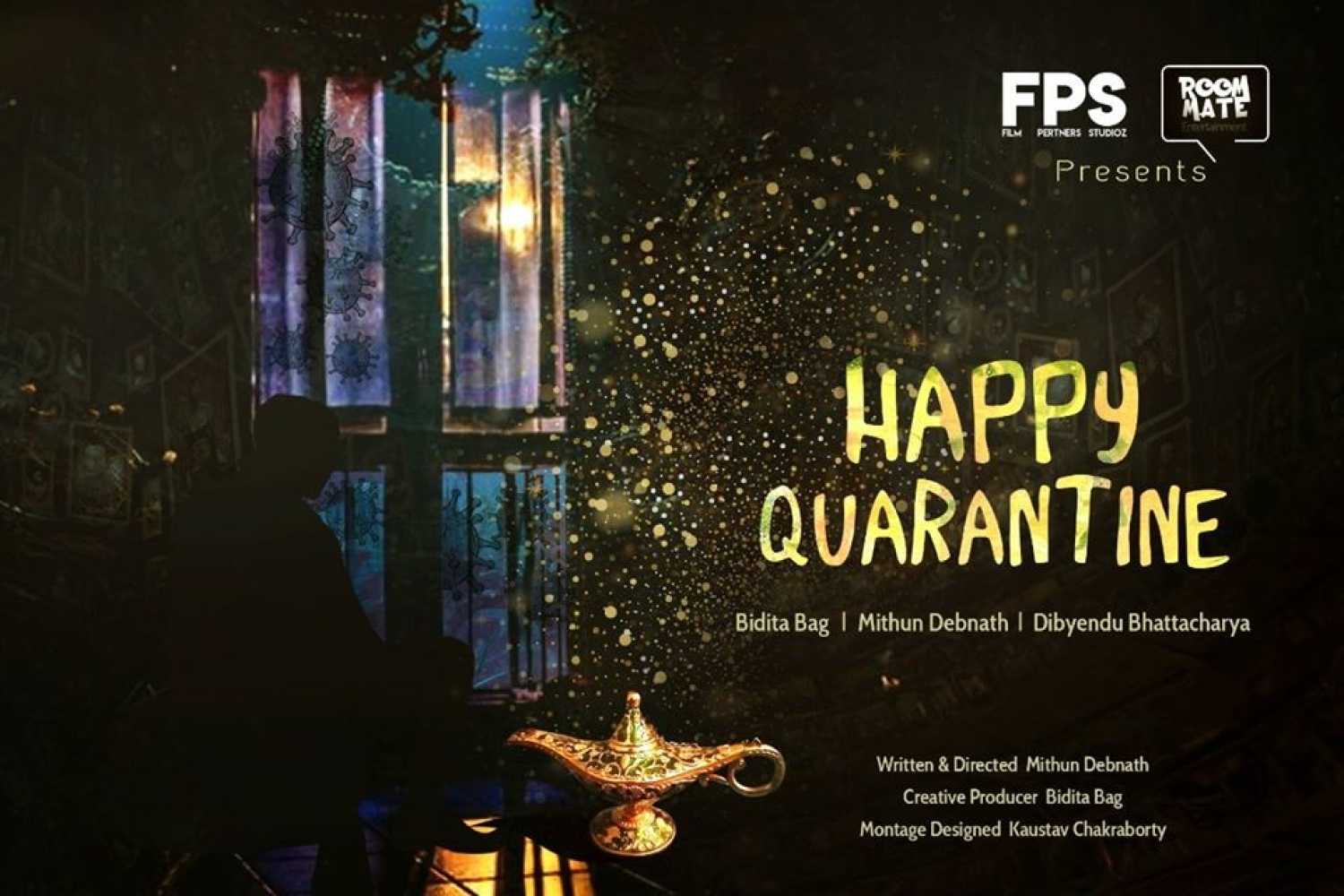 The small crew faced quite a few challenges while making a film indoors, right from costumes to props. “Jasmine didn’t have a [proper] costume. Aladdin didn’t even have his cap. So he used that dabba given by food delivery people and coloured it. For 2-3 days, all shops were closed. When a stationary shop finally opened, he bought some paint,” said Bag laughingly.

Debnath wasn’t finding the right background, so he put up a saree behind him. But that’s not all. “We weren’t finding any Arabic music,” said the actress. “So we used the sounds of crickets assuming it would be deserted in 2035. The magic lamp was provided by a friend from FTII (Film and Television Institute of India). Those hand shots are his,” she added.

But a major issue they faced was after the shoot. “Our editor’s internet data kept getting finished. And my wifi was also not working, so it took me three days to send the footage. Our pre-production and post-production took long but the shoot took only one hour,” said Bag.

The actress will next be seen as Daya Bai in the biopic on the social activist.